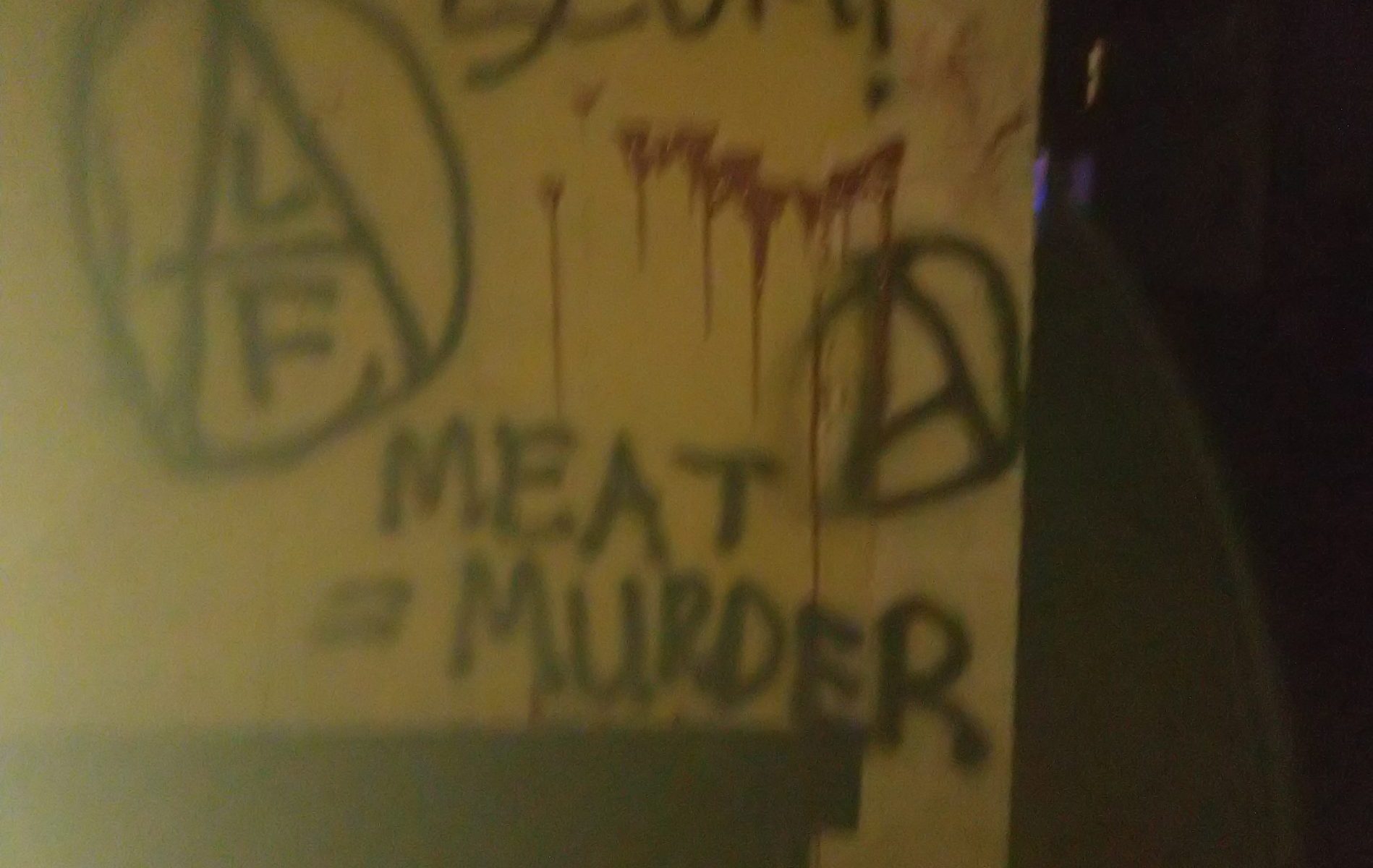 “In a capitalist society, money has power.

When you encounter a butchers shop, full of the bodies of innocent animals that have been murdered, what else to do?

Hit them and hit them hard.

By destroying these places, we not only give them a financial hit, but this has the knock on effect of delaying business, eventually maybe even putting them out of business. It also sends a clear message. You fuck with the animals, and we will fuck with you.

Four activists arrived by car (with a doctored numberplate) into the small town in which the scummy butchers was located. Armed with spray paint and tubs of gloss paint, we parked down a back alley and made our way towards the target. We couldn’t believe our luck when we realised the butcher’s van was parked on the road we had chosen!

Even with extensive planning, we had to hide in the shadows to avoid some late night locals, before we crept round to the front of the shop.

The gloss paint was thrown over the walls and we had fun ‘decorating’ the exterior with slogans that would have left the scum with a very clear message.

As we ran back to our vehicle, we did of course stop at their van for round two.”