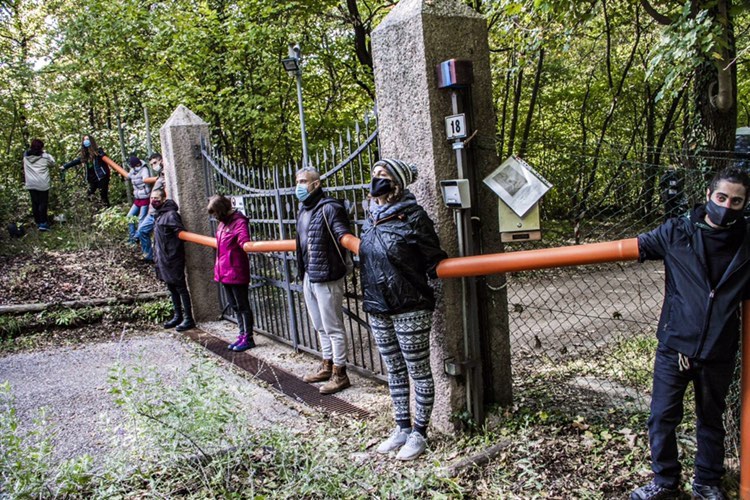 “Bears named M49, M57, DJ3 are currently held at the Casteller facility. M49 has in recent years become famous worldwide for his acts of resistance, repeatedly escaping from the facility where he is currently detained. DJ3 is one of the three children of Daniza, a bear killed several years ago. They are all locked in confined spaces, victims of repeated sedation, stress, anorexia and there are other captures planned. Needless to say, the Casteller does not meet their ethological needs. In spite of the substantial European funding aimed at safeguarding and protecting the brown bear (Life Ursus Project), the Autonomous Province of Trento has repeatedly proved incapable of establishing interspecies cohabitation.

There are in fact economic interests linked to tourism and hunting behind such political strategies. These wild non-humans are criminalised and stigmatised solely for their ethological needs and oppressed by speciesism. We are convinced that coexistence with them is possible, as it is in several other parts of Italy. Even if this is not possible, we have no right to deprive these bears of their freedom, since it is we humans who have invaded their habitat. On 18 October 2020 there was a siege of the prison called Casteller, organised by Assemblea Antispecista and Centro Sociale Bruno.

The action took place on several levels: the first one occupied and blocked the entrance, while the second and third one started to dismantle the fences. While the gate was blocked, a hundred or so activists started to dismantle hundred metres of external fence, chased by police and drones. In addition, a small group entered, passing the first and second, until they reached the new bear cages (the outdoor areas where they are given the hour of air). Each section was strategically fundamental for the realization of this act of resistance.

The action has been supported by realities such as Coordinamento degli Studenti Medi of Trento-Rovereto, Insectionals, Oltre la Specie, Resistenza Animale, Rise Up for Climate Justice, Scrofe in Rivolta, and Veganismo Logico.

An anti-speciesist project, but also deeply consistently anti-oppression. The fight against the Casteller embodies the resistance of all non-conforming bodies, which daily fight back the State and the prison system, the Patriarchy, Cisheteronormativity, Fascism, Racism, Capitalism, Abilism and psychiatric control. This is just one of the actions that will be carried out, we call for the immediate release of the bears from captivity. We will not stop until this and other cages are empty. 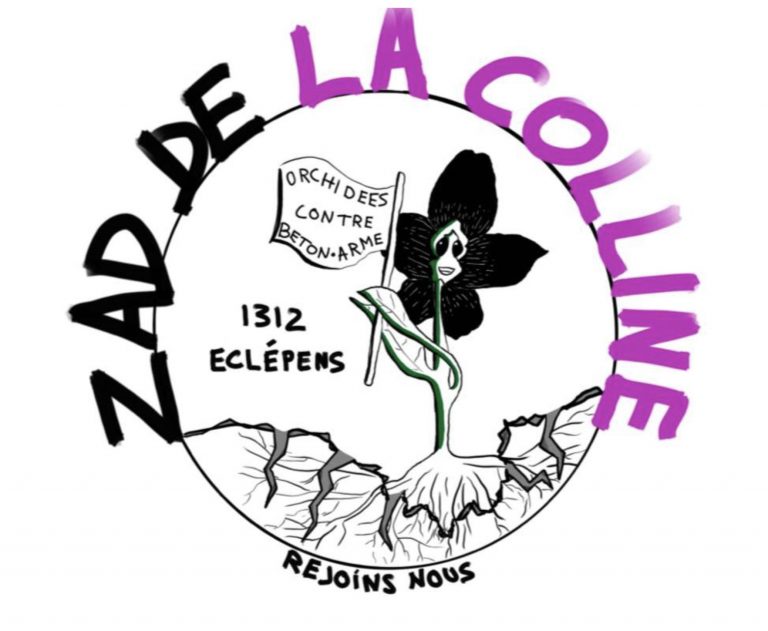 A new Zone A Defendre has been set up in Switzerland in order to stop the expansion of a mine digging for the production of cement.

Sitting within a forested hill, the plans to expand the mine would incur in the destruction of biodiversity and the murder of uncountable animals for the profit of a single multinational.

For that reason, people have come together to create a space to live, experiment and fight against the capital and all business that attempt to harm the environment. They need help, and you can help them.

La ZAD is an open community where people can come and go, build structures, donate food and warm clothing or simply organise against Holcim. If you like what you hear and want to be part of it, it is your time to take action.

Join La ZAD de la Colline and fight to protect whatever is left to the wild. 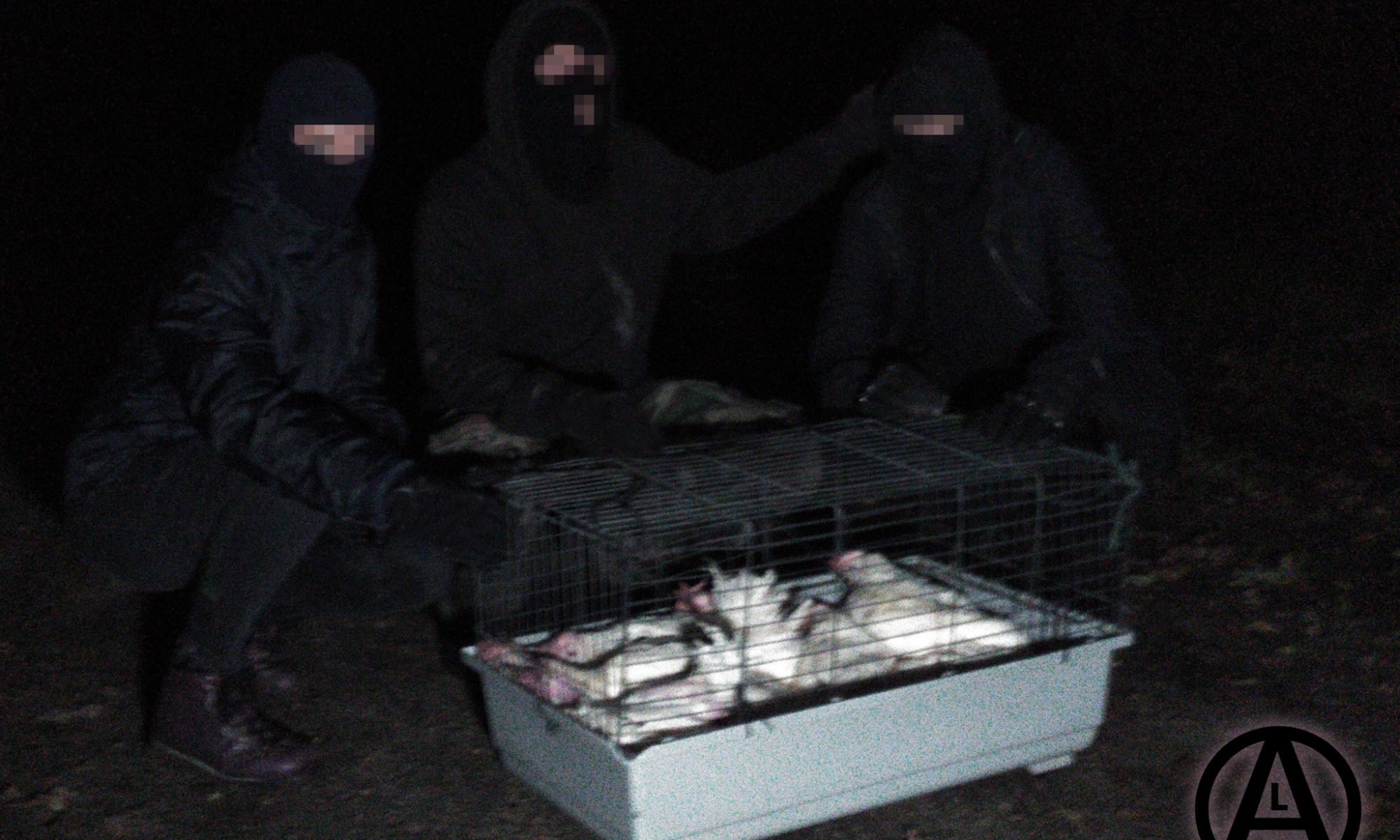 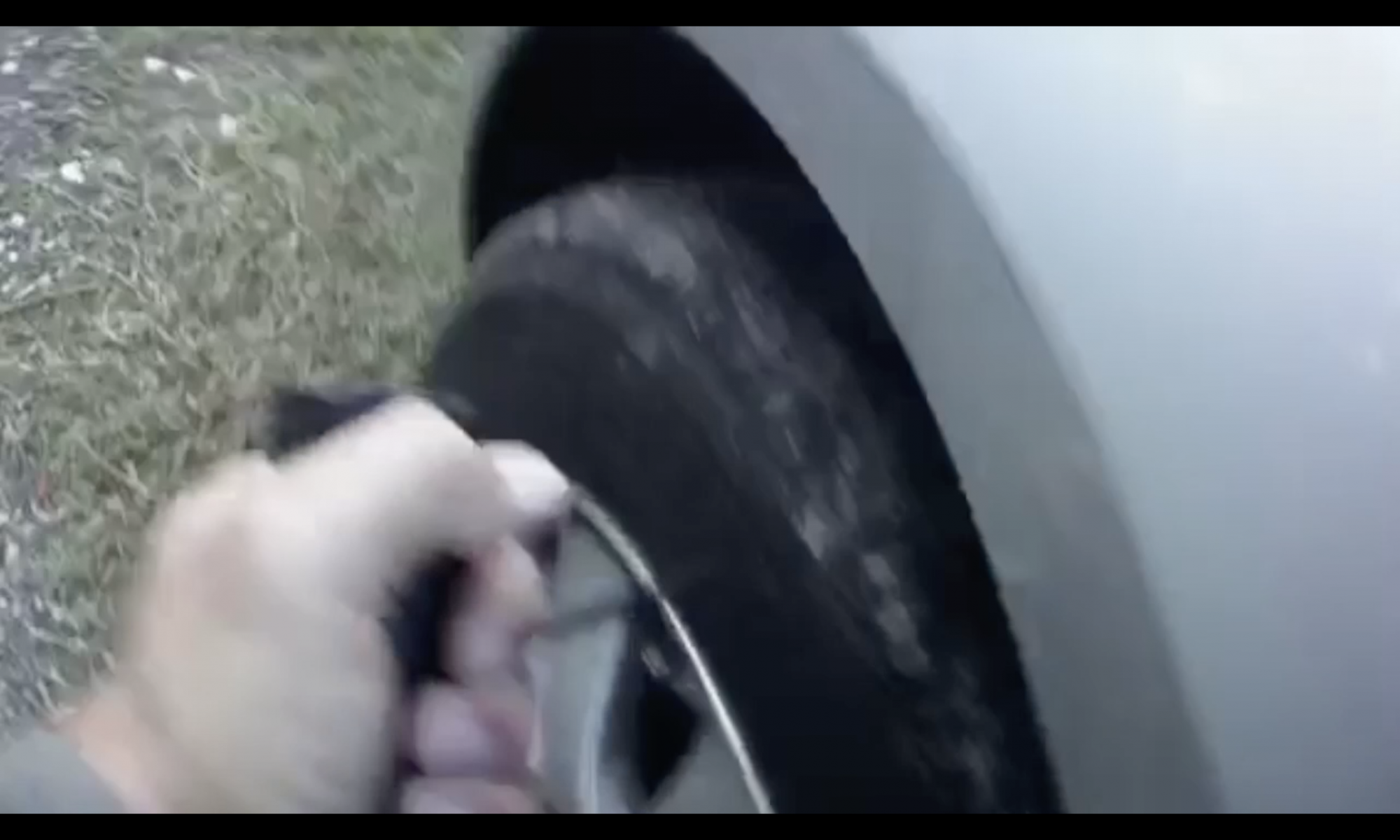 “Tutorial: How to change the tyres of a hunter’s car. “ 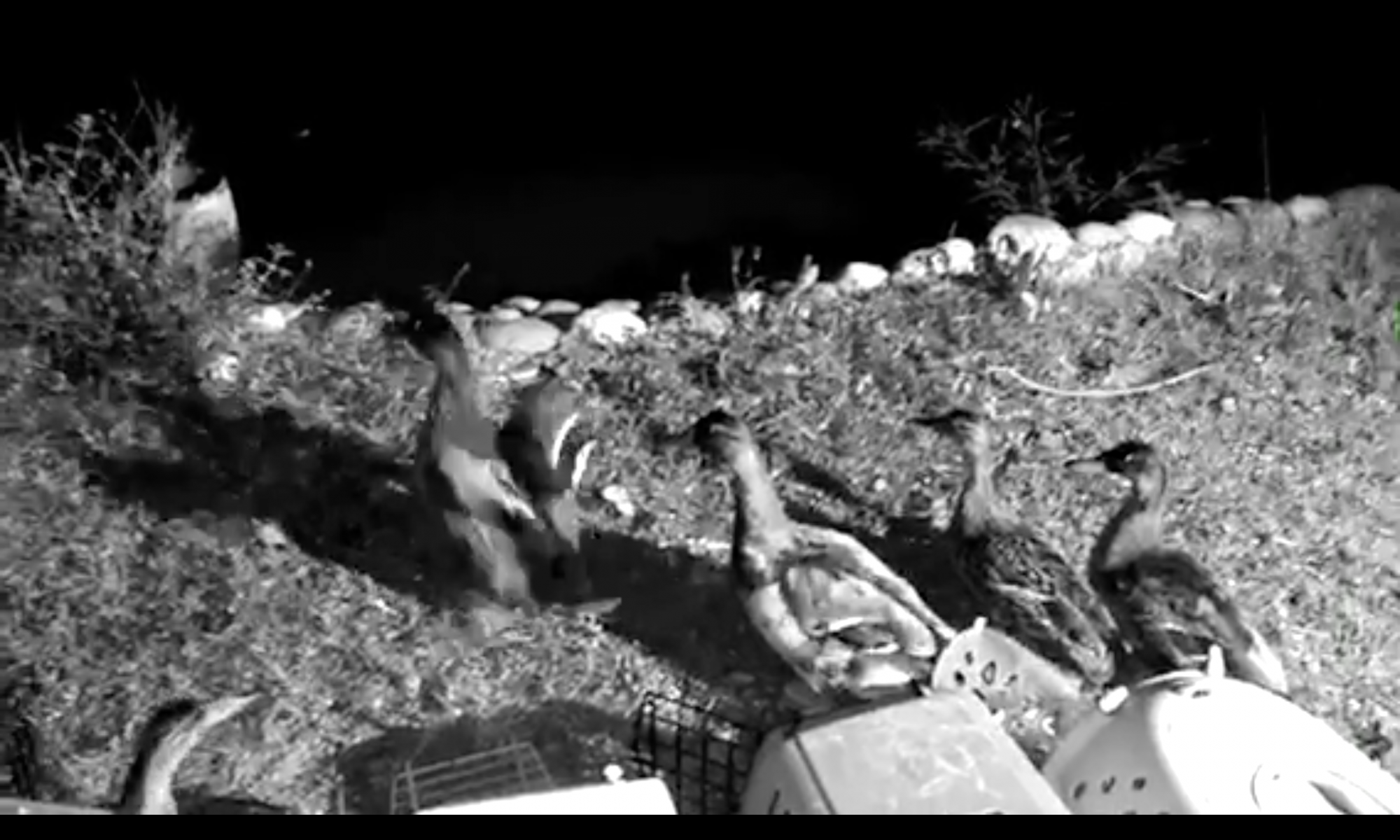 “Emilia Romagna, Italy. A hunting house and a hunting post were destroyed, a boat was seriously damaged and 18 mallards were rescued from an amusement park for mentally deviated psychopaths (hunters). Now the mallards, who were detained as live decoy, have been entrusted to wonderful facilities where they can live free and happy. No respite for the killers.” 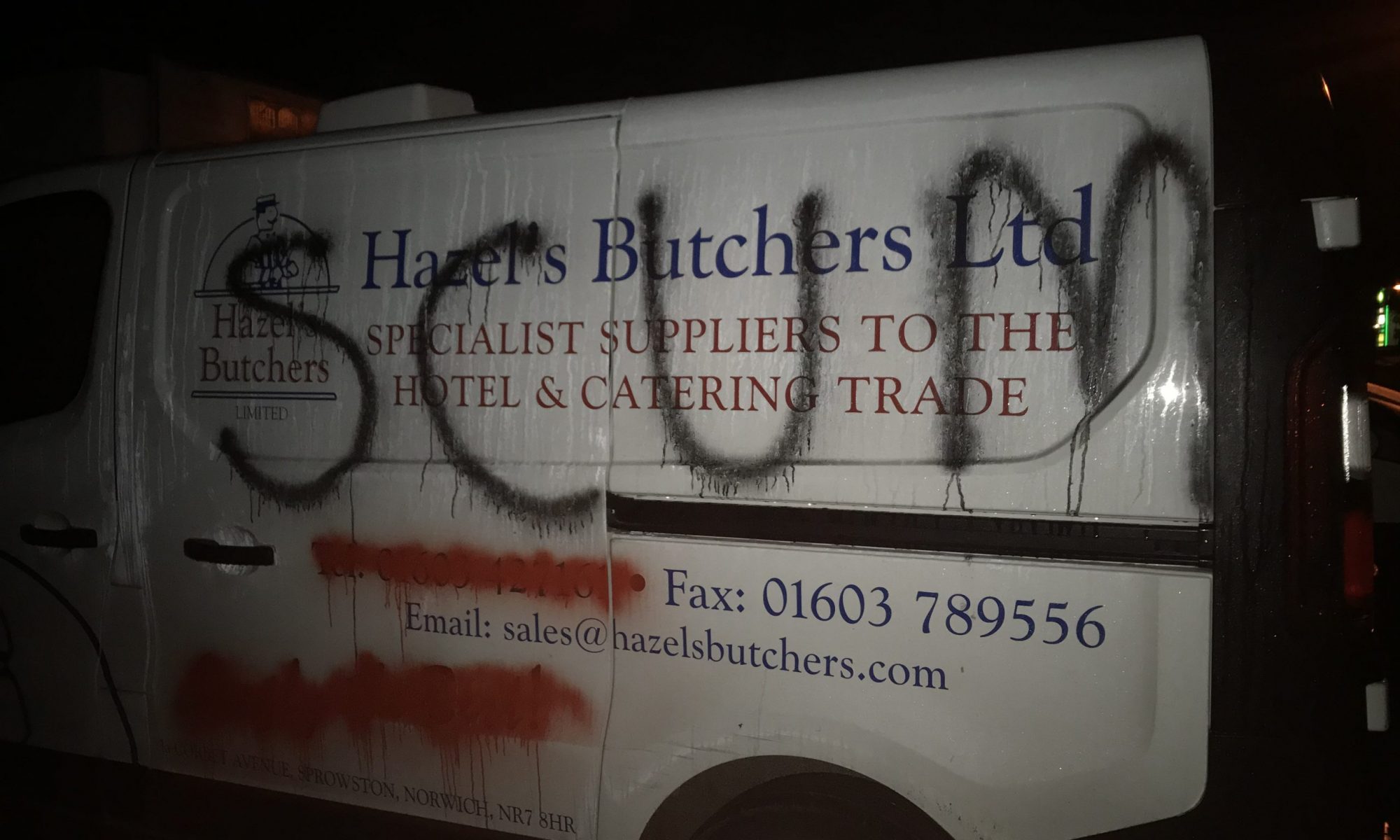 Animal abusers we are coming for you.”

According to local media, another butchers called Fiddy’s Butchers was also targetted with a smashed window and spraypaint. 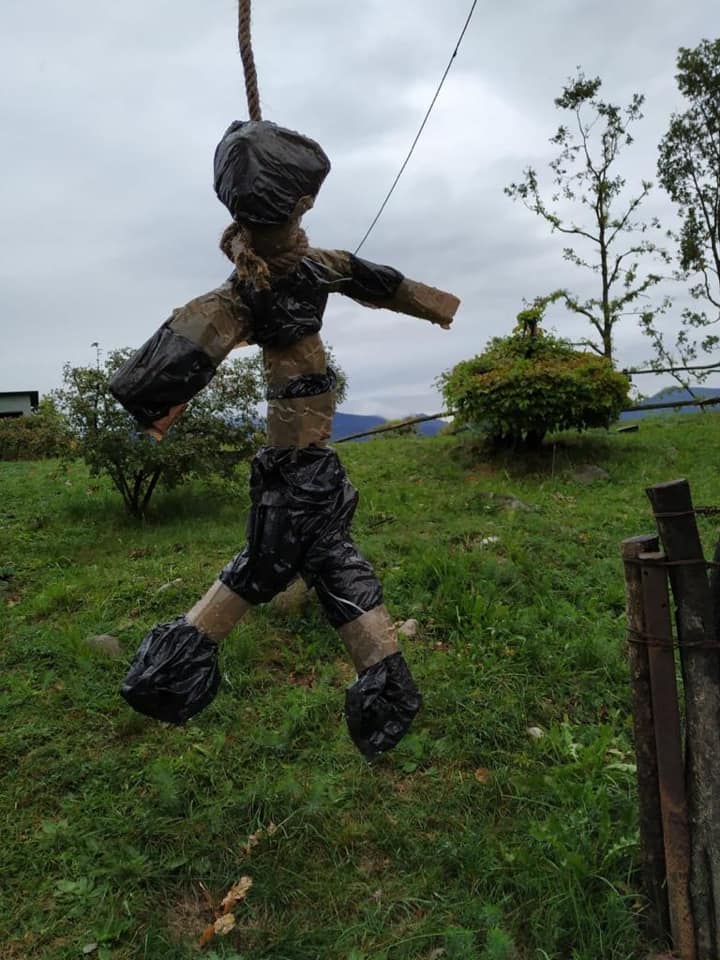 “During the night of the 10th October, twelve hunting lodges were destroyed by the animal liberation front in Brescia (Italy).” 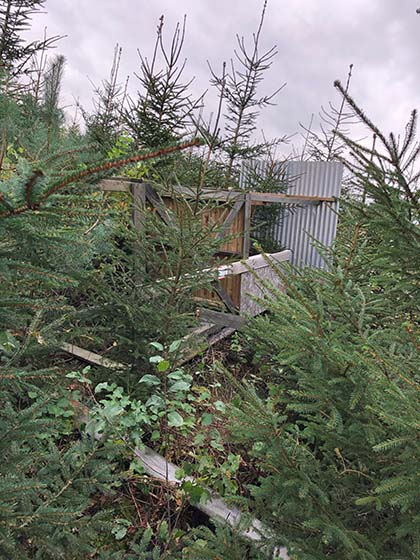 “Later this month the moose hunting season starts in large parts of Sweden. Thousands and thousands of moose will be shot to death in the Scandinavian wilderness. Three towers were toppled and sabotaged by den svenska djurrättsmilisen (the Swedish animal rights militia). Hopefully it will save some animal lives, but at least it will make it harder for the psychopaths to murder them.

Two messages were left on wooden boards that were ripped off a tower: ‘Nästa gång dödar vi er. //DRM (English: Next time we’ll kill you. //ARM)’ and ‘Älgarna ska leva (English: The moose shall live!)’. 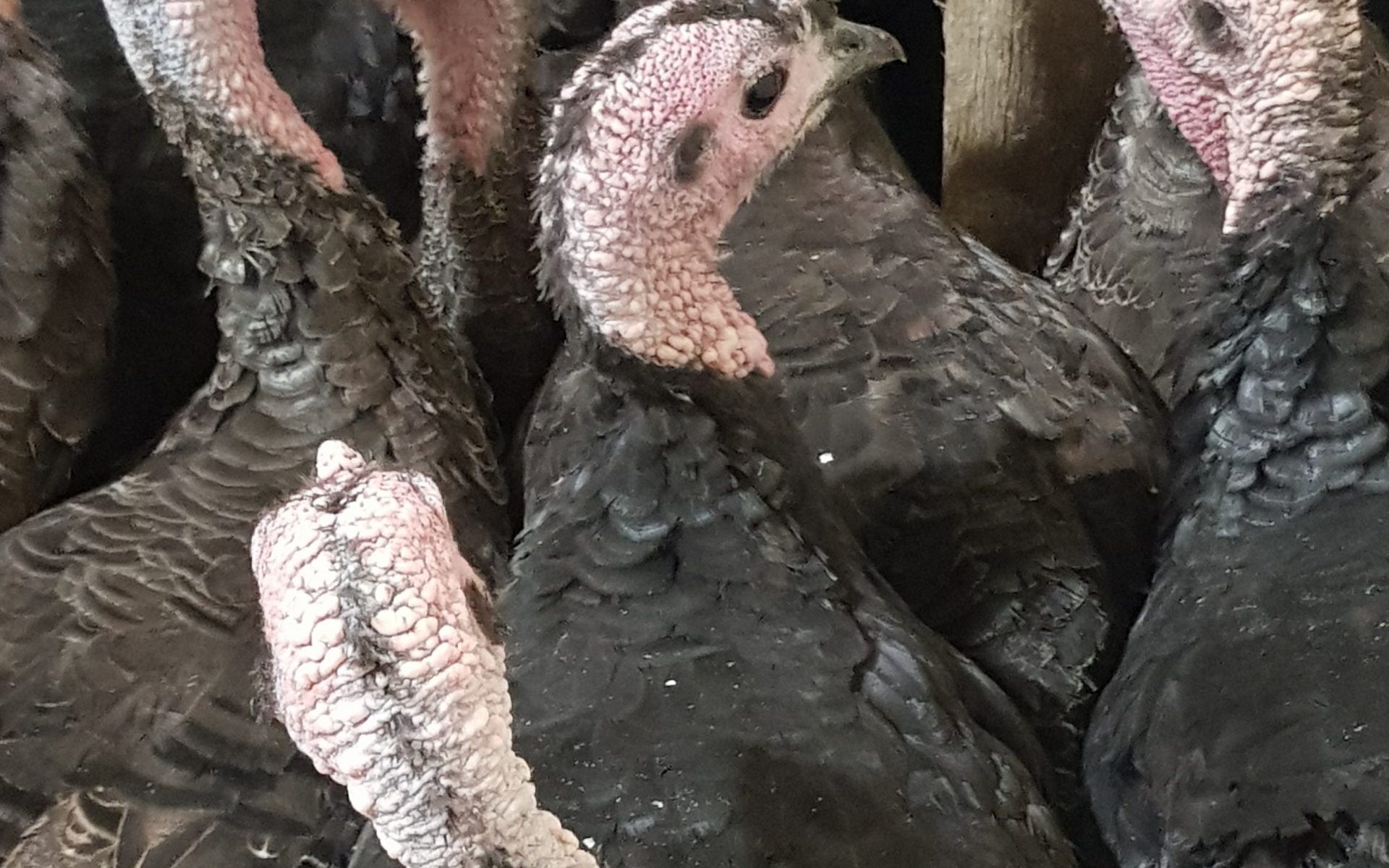 “It’s that time of year again…
Under the cover of darkness we arrived at a farm known to have Turkeys on site. Turkeys destined for someone’s christmas dinner… no fucking way, not on our watch.
After seeking out 16 homes for our feathery friends, we crossed two fields towards to the enclosure where they were kept, stopping only to hide when an upstairs light on the farm house went on. One human remained on lookout whilst the rest packed 16 turkeys into the carriers. They were stubborn and larger than we anticipated, these were fast growers and had already put on a load of weight since we checked out the site before.
Once we were fully loaded, we struggled across the two fields with full crates and arms full of turkeys. This was slower than our way in and our presence was enough to alert the cows in the field. Loud moo-ing and alarms calls soon followed. Lights came on in the buildings nearby. Our only thought at this point could be getting these birds to safety, like hell were we getting caught and having them taken back.
Thankfully, we made it. All 16 will live full, happy lives.

Now is the time for turkey rescue, before it’s too late!” 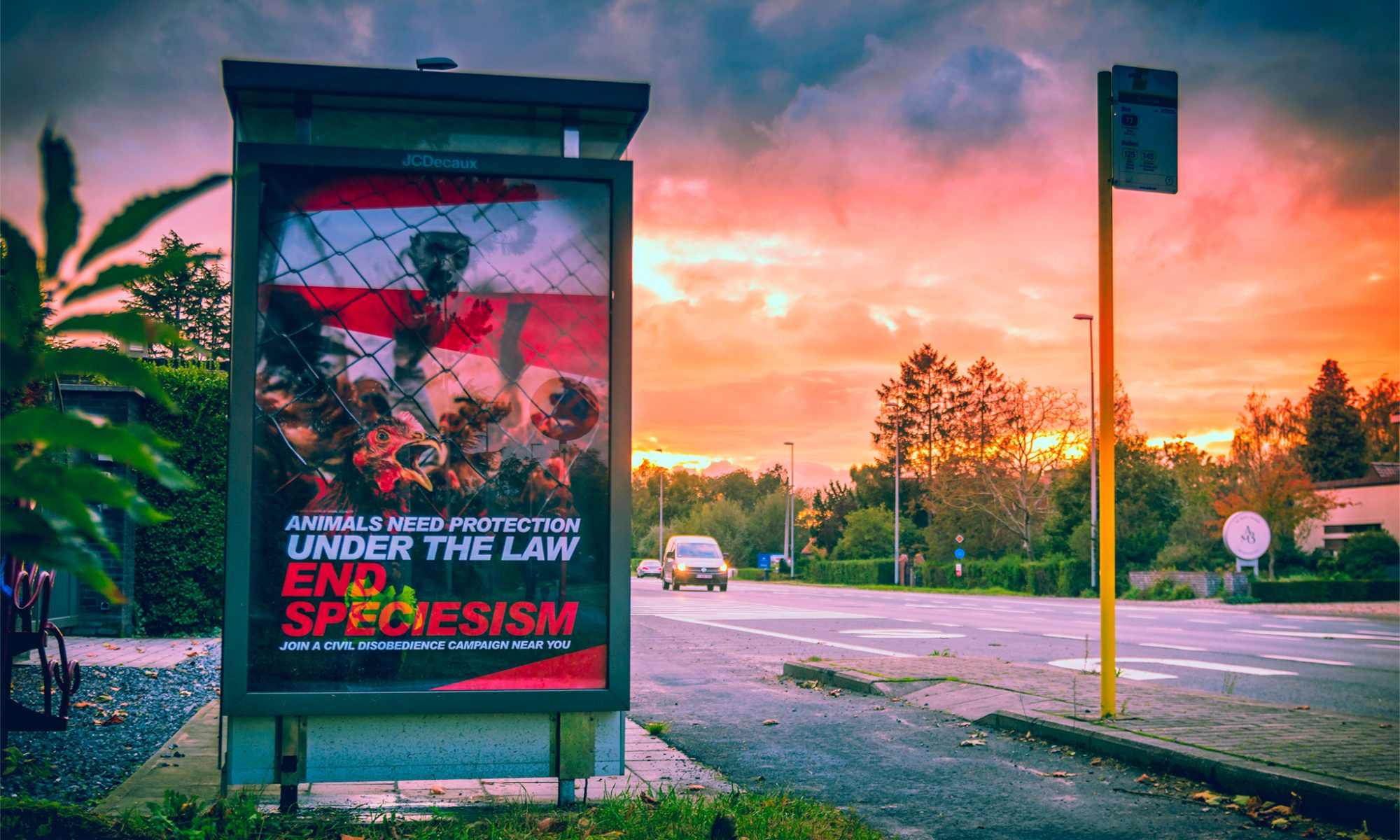 “Inspired by our fellow activists abroad, this was something we really liked, so went ahead and do research on the websites mentioned. With this add hack we honor the two year anniversary of Roses Law, and with the quote “All Animals Need Protection Under The Law” we honor Regan Russel who was murdered by a slaughterhouse truck driver.