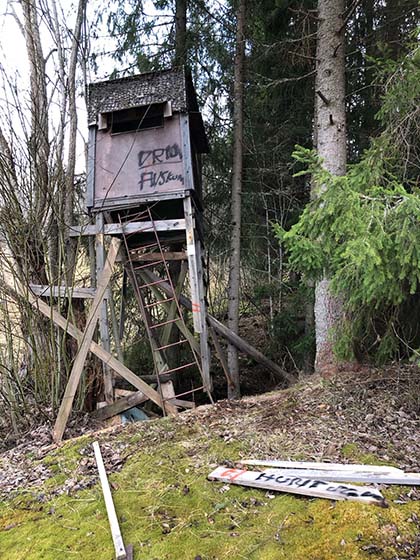 One of the towers got a message sprayed on it: ‘DRM’ and ‘avskum’ (scum in Swedish).” 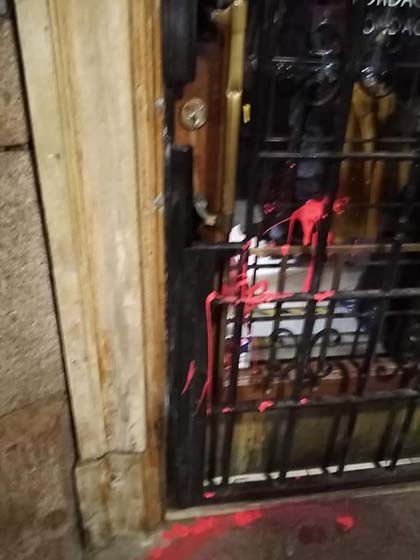 “A fur selling store was attacked again in Stockholm, Sweden. Poster was placed, glues locked and paint poured. Their windows is still broken to. Mess with the animals and we’ll mess up your store!

In solidatity with innocent comrade Richii Klinsmeister, Djurfront, who was just sentenced to 6 months in prison (for ‘assault’), only for speaking in a megaphone, having a demo against Niclas Pettersson, mink murderer in

Number to the mink farmer

UNTIL ALL ARE FREE 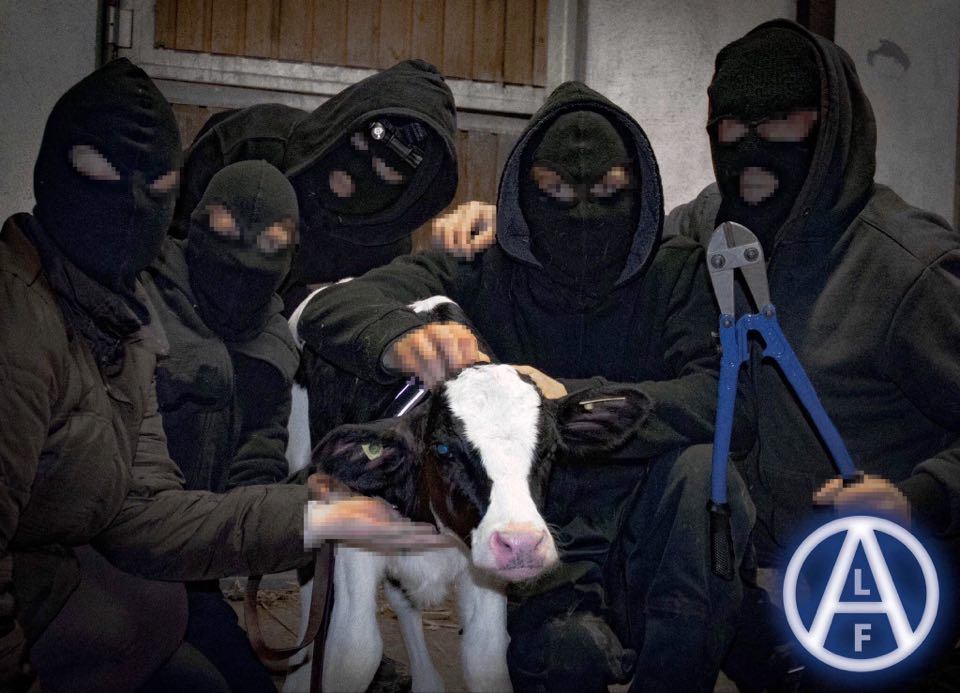 “During the early hours of the 20th of February a calf has been liberated from a slaughterhouse in Belgium by the Animal Liberation Front.

In memory of Karel Van Noppen, murdered by the meat mafia the 20th of February, 1995.” 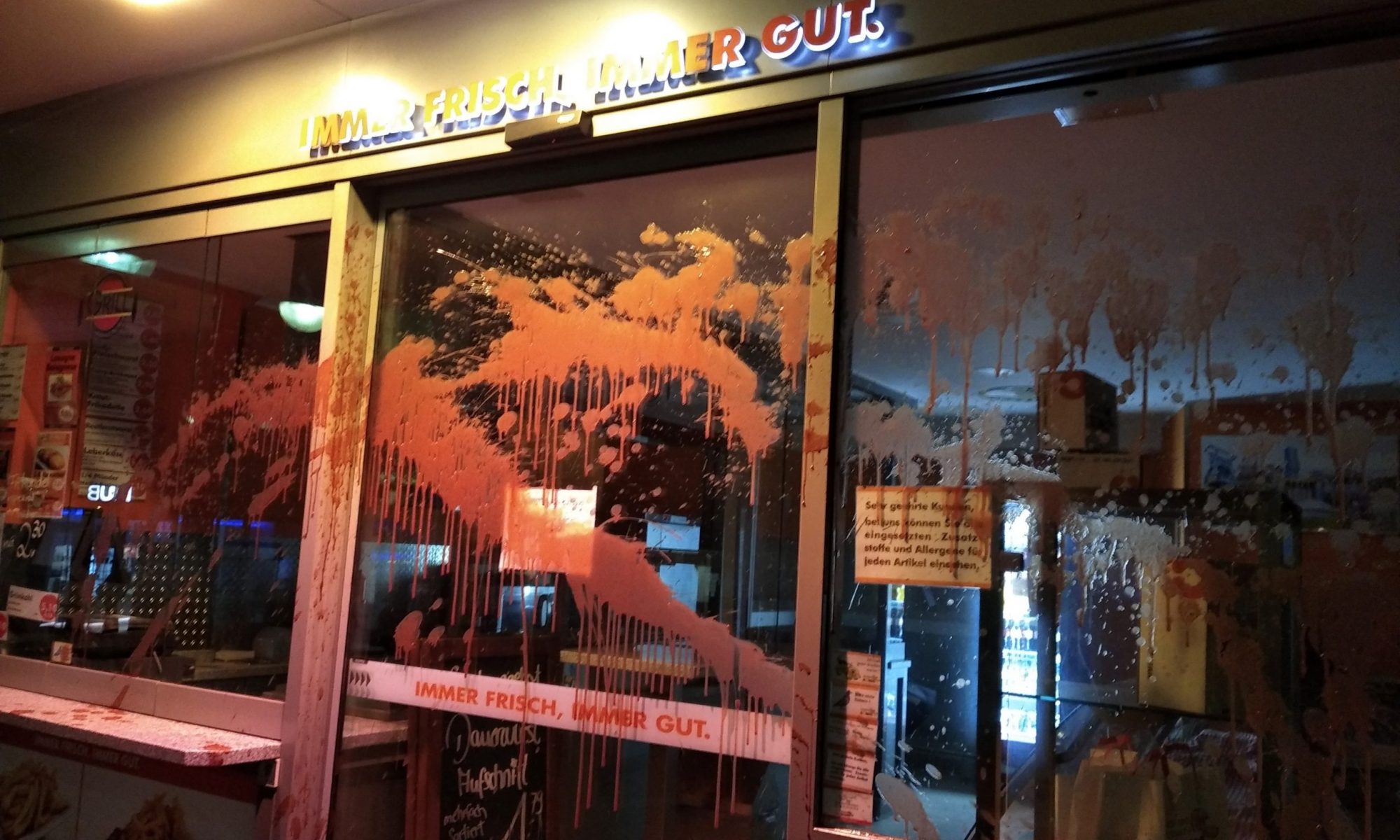 “Today we paid a visit to the local butcher in Bochum and decorated the shop window with fake blood in order to remind all buyers and pedestrians about the murder they have normalized.” 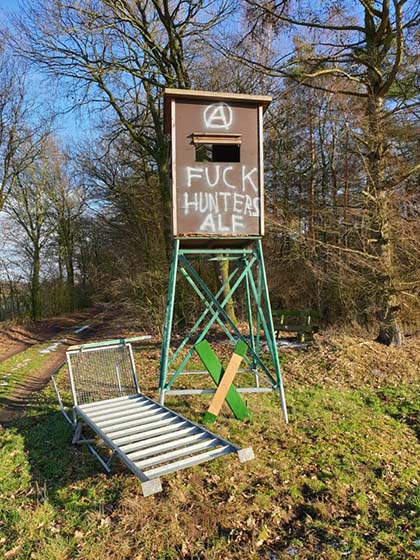 When we see people wearing their “Support the ALF” hoodies, we really hope they mean it. This is one of those cases.

Someone in Germany was just sentenced to a fine of 2250 EUR in relation to 13 accounts of criminal damage against shooting towers.

Last year, a wildlife camera took a photo of someone holding a saw next to a tower. When the hunters found 13 hunting towers destroyed in the area, they gave the footage to the police and offered a bounty of 2500 EUR to anyone who would identify the person.

Some scumbag snitch came forward and told the police the identity of the person. A year later and after facing trial, they have been fined 2250 EUR by the German court system.

So this is where you join in this week’s SOLIDARITY SATURDAY. We need to raise those funds and we need to make sure this person feels loved and supported. Please donate 1 euro, or 2, or 50 if you can afford it. Ensure that you share the link with all your friends and local activists. Email big activist groups and platforms like Earth First! Or The Save Movement and ask for their solidarity in sharing this fundraiser. It is everybody’s job, INCLUDING YOURS, to ensure that we all chip in and help this human in need.

At the end of the day, a post about hunting towers destroyed would’ve been praised and hero worshipped hundreds of times. It is now the time to put your solidarity forward and not just your words.

The link to the fundraiser is here:

Start donating, and sharing and ensuring this person feels loved. Leave a nice message with your donation on the fundraising page. 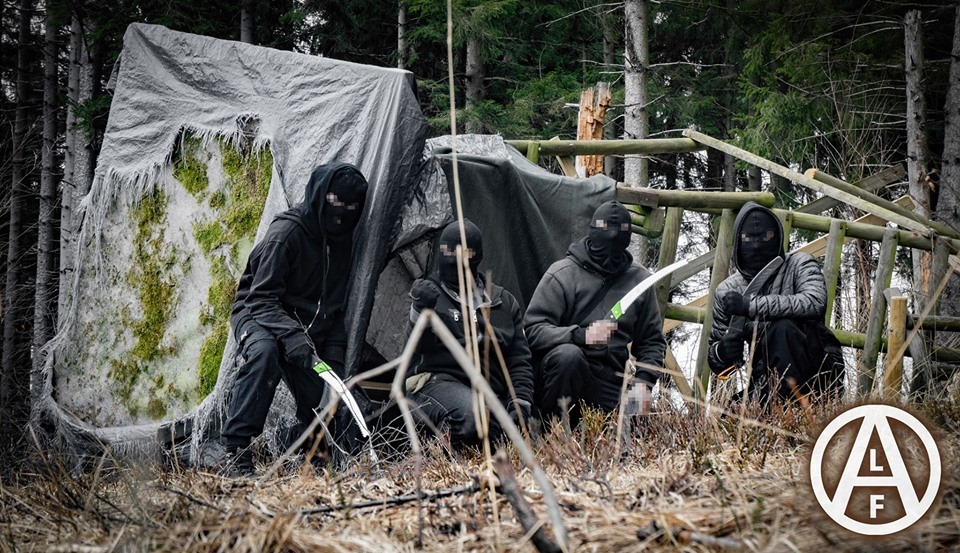 “On the night of February 9, 13 towers used for hunting were destroyed in Luxembourg.

In memory of Mike Hill.

On February 9, 1991, Mike Hill, an 18-year-old hunt saboteur, was killed in Cheshire (United Kingdom) by a hunter who deliberately ran over him during a sab.” 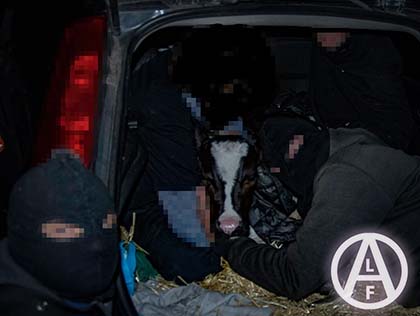 “A calf has been released from a slaughterhouse in the Netherlands by the Animal Liberation Front.” 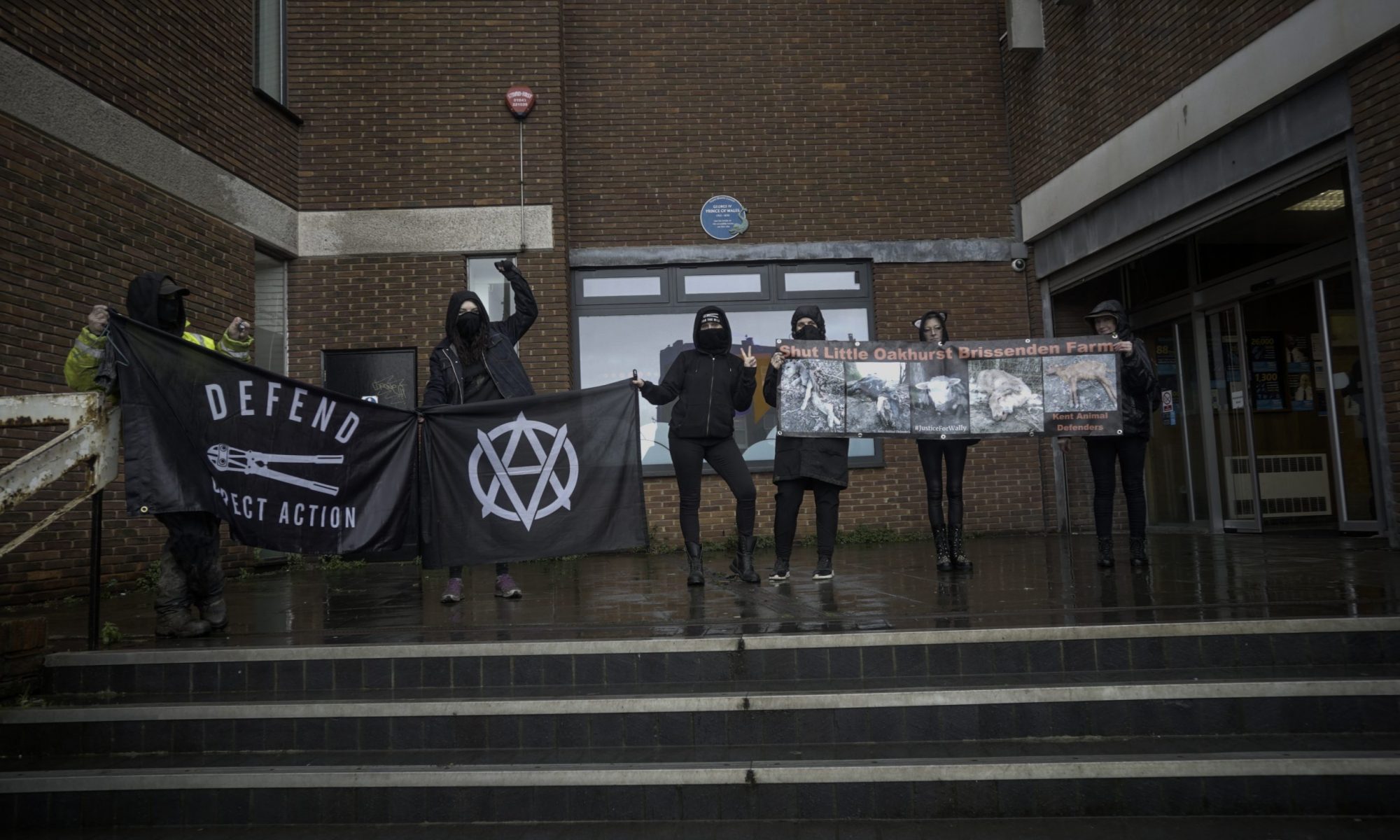 We have thought of a little something. Every couple of Saturdays we will post a fundraiser that we believe is in need of attention. Be it a sanctuary, a prison support crowdfunding or an arrest fund, we will share something folks should look into. We have about 20k followers when we combine all social platforms. If just 500 of those followers were to donate $2 each, we would be raising $1000 overnight. For those who cannot afford donating, sharing and connecting with other folks who would be able to is also a HUGE deal, as it is to interact with the Solidarity Saturday posts by liking and commenting so that the algorithms in social media boost the post up.

When folks have donated, they can take a screenshot of it and share it alongside the link, encouraging others to do the same. That should help the fundraiser spread even more!

Today, we want to share a fundraiser that was created in September with the aim of helping multiple groups and individuals that had been arrested for different actions. From all of those people, some have already received what they needed and some cases have been dropped or found not guilty, but there still are seven unnamed individuals that cannot talk about their case yet but that will need help, plus eleven codefendants that will go to trial in Kent for the Slaughterhouse Blockade that happened in August.

This fundraiser aims to collect 3000€ and it has only managed to raise a third of the goal. It would be wonderful if we could manage to raise another 1000 by the end of the week.

The currency in this fundraiser is Euros, but you can donate using whatever currency works for you. You can use PayPal or a bank card to make it even easier.

You can find the fundraiser in the link below:

So let’s do this! Donate a couple of euros (or more if you can afford it), screenshot it, share it with your own friends and let’s all pull together to show all our solidarity with folks facing legal action because of their convictions. And if you cannot afford donating, remember that you are still part of this and you can help in many other ways!

SIDE NOTE FOR BIG ACCOUNTS/INFLUENCERS: Please use your reach responsibly and be part of Solidarity Saturdays. If that’s your thing, make a little video and share it in your stories asking people to donate. Share the links. Help out with the power you have!

Solidarity is our biggest, strongest weapon. It is time we start using it.

NO ONE IS FREE UNTIL ALL ARE FREE!

Photo: Court demo during Tracey Middleton’s trial, Kent UK. This court appearance was certainly NOT in solidarity with the defendant. 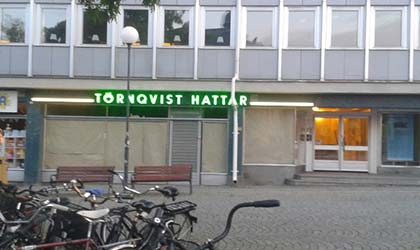 “The fur selling store Törnqvists Hattar, in Örebro, finally closes down after many (unreported) actions such as glued locks etc. Action counts. For the animals. ALF.” 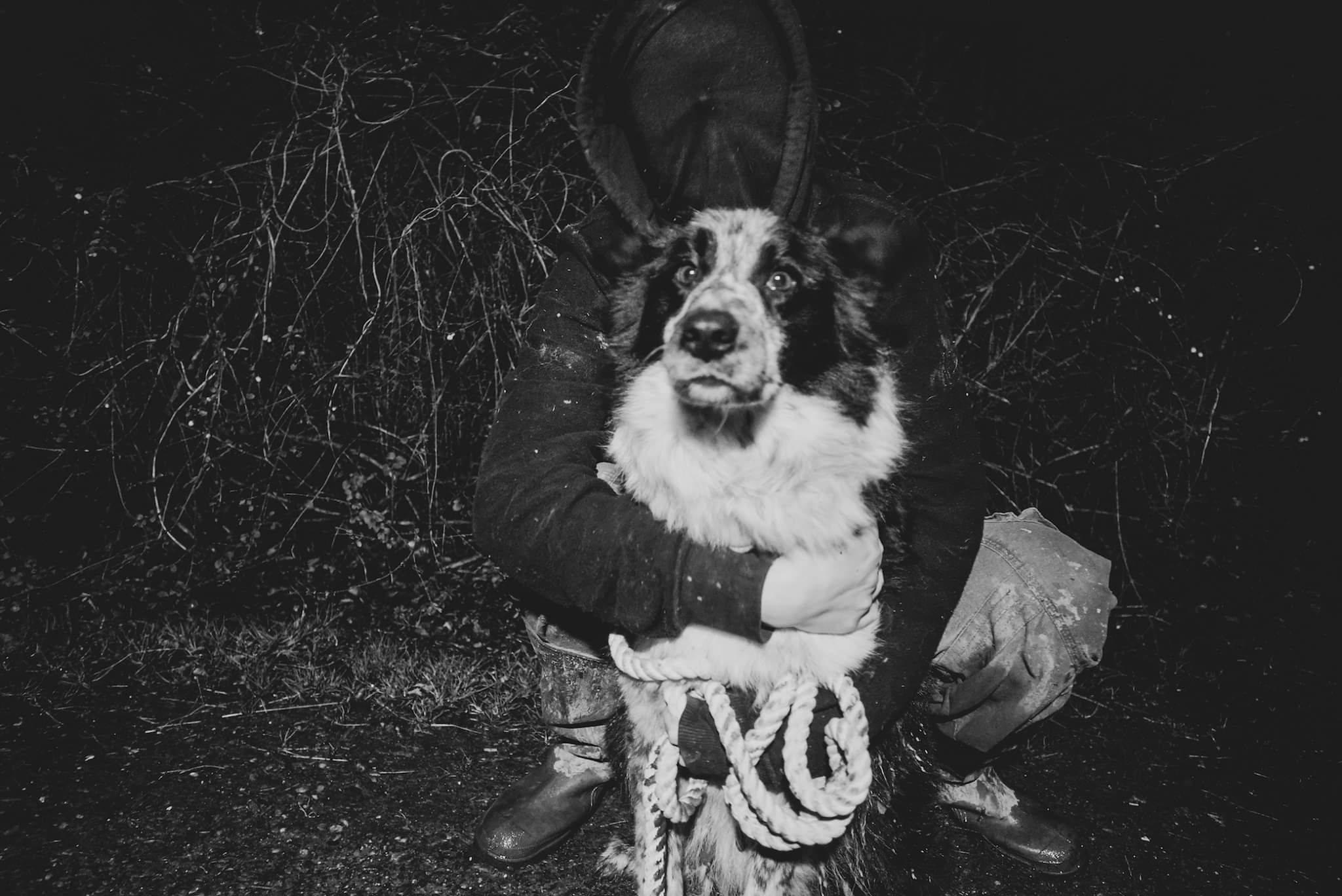 Little Oakhurst in Kent, UK, was visited once again. For a while we have been keeping an eye on the wellbeing of the dog used as a shepherd’s tool to exploit the sheep.

After hearing Tracey’s sentencing by the judge and not happy with the fact that she is still allowed to keep two dogs and a cat, we decided to pay a visit to her farm. It was of no surprise to find the collie stuck in the mud, locked in a cage without any shelter, food or water. Another of Tracy’s victims shoved in the barn in what we assume was an attempt to continue the abuse away from prying eyes. Well Tracy, we have eyes everywhere. Even as you sit in prison and long after you come home we will still be watching you.

We want to see every single animal taken away from that place and go somewhere they will be respected and never neglected again. They deserve their freedom with no threat of slaughterhouses or cold muddy cages.

Seeing as the justice system failed to help this animal, just like so many others, we decided that the dog should come with us and spend the rest of their life in a safe and comfortable environment. Although it was obvious to us, it never fails to amaze that even with Tracey locked up in prison, the animals in the farm still suffer.

Luckily for that dog, they will never be used again as a tool to exploit other animals. They will never again have to endure life in a cage, mud up to their knees and no companionship. They will be able to express the love they surprisingly still have for humans however they need and they will receive love back.

Sadly we were unable to locate the second dog and the cat that were also allowed by the judge to stay under Tracey’s precarious ‘care’. No one else should suffer because of the acts of that horrible human.

There is no justice, there is just direct action.”