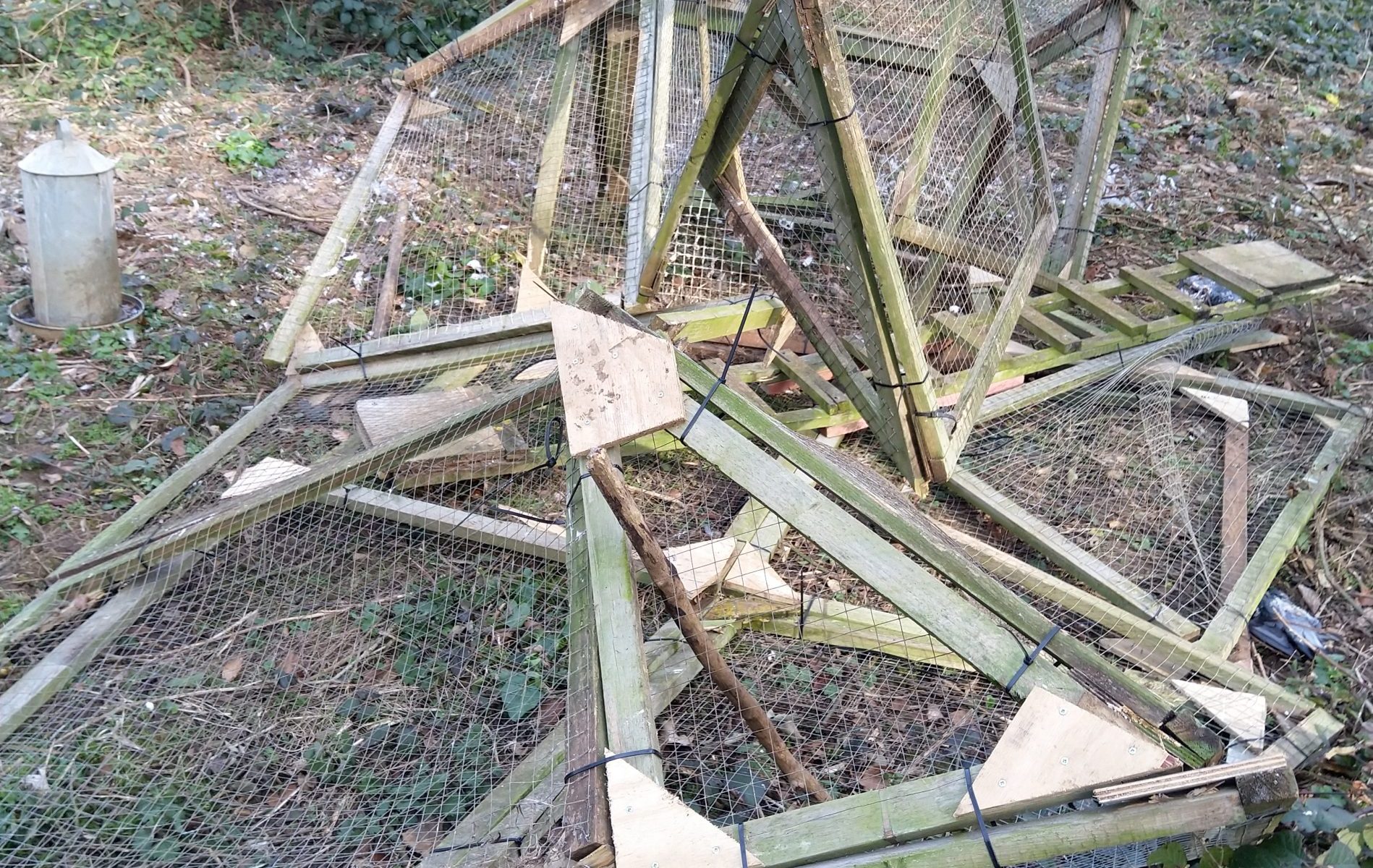 “Whilst out and about a ladder trap was discovered under the cover of woodland. Clearly the gamekeeper had been having a lot of success here as carcasses of many shot birds were found. One crow was still alive but most likely only hours from suffering a similar fate. We released them, and watched them fly to their freedom, before we returned to smashing the trap and causing as much damage as we could.

Whilst we know that this action alone won’t bring the shooting to an end, we hope to have sent a clear message to the scum – the torturing and killing of wildlife will not be tolerated and we will continue to protect those who can’t protect themselves.”