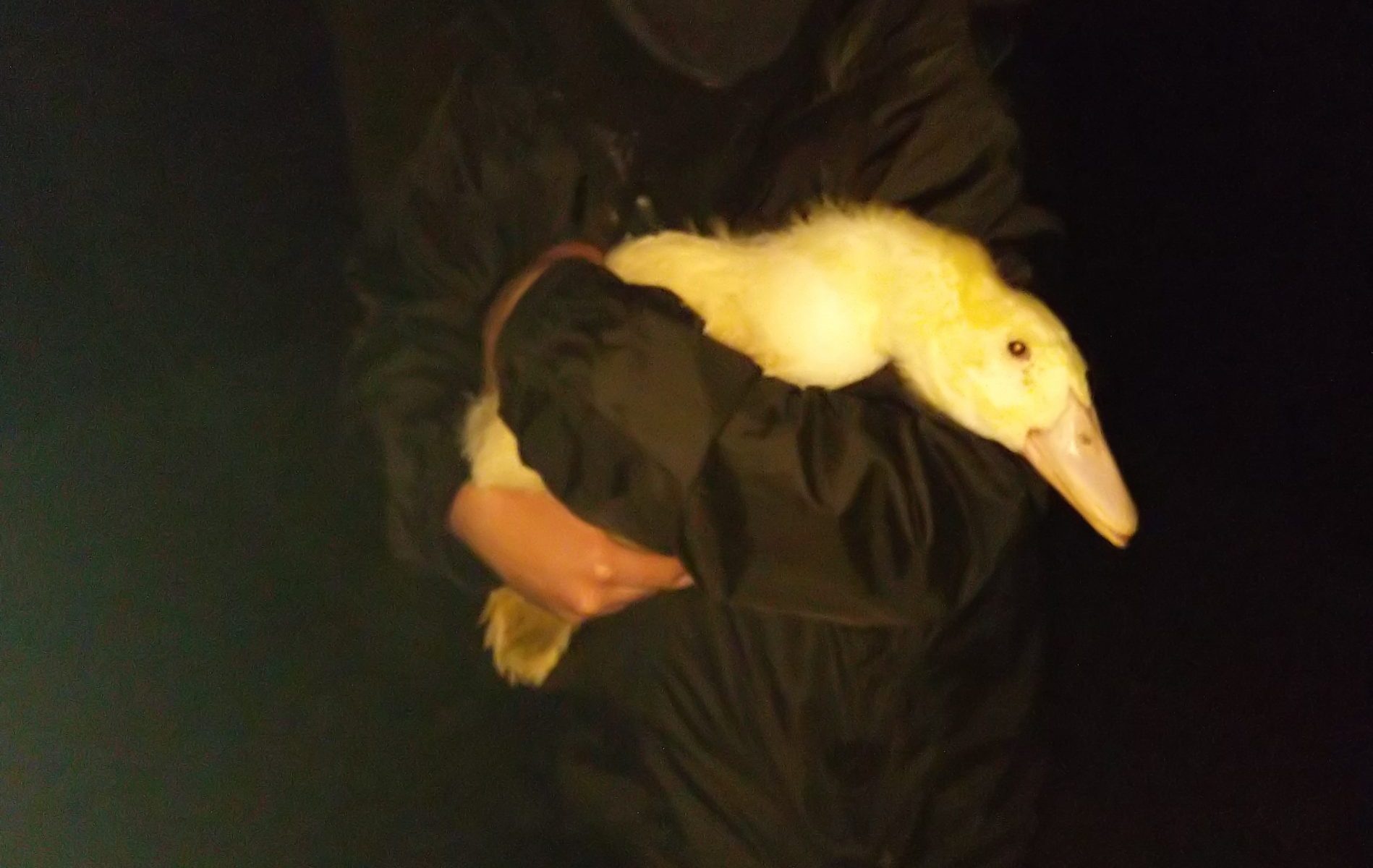 “Whilst out on a rekkie for a different mission, we stumbled upon four large sheds. At first thinking they were chickens, we climbed up towards them and were able to peer inside.
We could see thousands of ducks. Although it was the middle of the night, and we had not yet caused any disruption, these animals were distressed and loud.
We knew we couldn’t bare to leave them.
Unfortunately we suspected we had been caught on camera by this point, so returning at a later date was not an option. It was now or never.

Breaking into the shed proved extremely difficult. Of the 4 sheds, one had a weaker point of entry than the others. Still, we struggled for a long time. We scoured the area for something we could use as a tool. After much time had passed, we were despairing at the idea of not being able to save any of these animals. This was not an option we were willing to accept.

Just as we were running out of options, we stumbled across a sturdy metal shovel. Perfect. We were able to break down the door. The scene inside was horrific. The ducks were still relatively young, and yet dead bodies littered the floor. One small duck lay crying for help, on his back and struggling to breathe. Quickly, we helped him and 3 of his friends into bags. Our only regret was that we couldn’t take more. We hope that some of them have taken a chance in the wild through the destruction of the door that we left behind us.

There will be many more nights, many more opportunities to save lives. Every fall of darkness brings another chance for rescue.

There is always a way to save the animals. All you need is determination.”