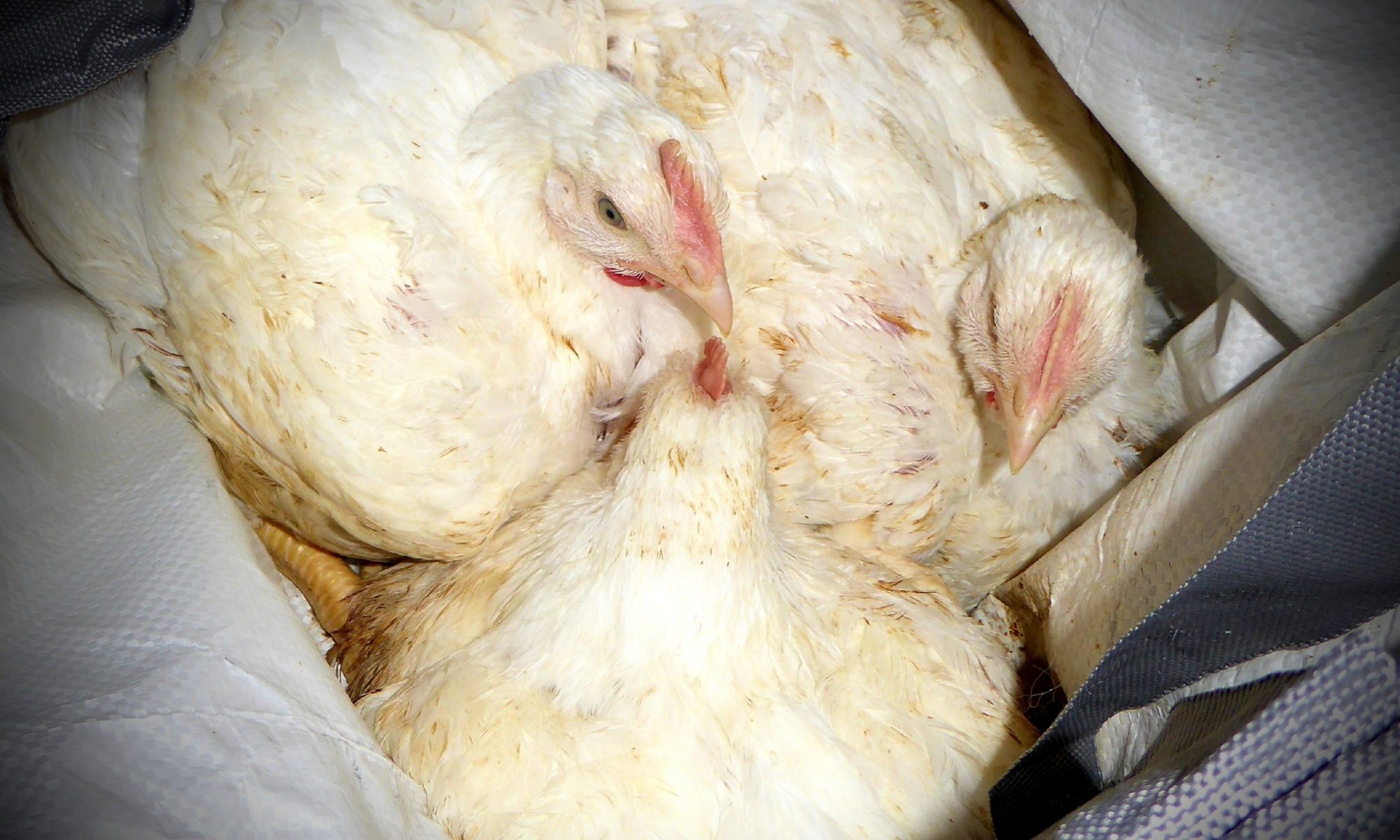 “The target – a broiler farm in the north of the UK. We’d already checked out the satellite maps, done our recy and found good homes for up to 8 birds, so tonight we were ready to break them out.

We arrived at the target and masked up, we crossed two snowy fields and through a ditch to find 3 massive barns. All 3 barn doors were locked, but our handy crowbar had no problem popping one of the doors open. So, following biosecurity precautions, we went in.

The first thing we saw were dead bodies rotting on the shit covered floor. There were thousands of chickens packed into that stinking barn but we only had homes for 8. We quickly scooped them up into bags. Our lookout alerted us to lights turning on in the farmhouse nearby, so we left, sharpish.

Today those birds are free, safe and nobody is going to eat them.

But what about those birds left behind? We live in a society where those murdering scum with blood on their hands, who terrorise for money and pleasure, are protected by law. Anyone who feels the urgent moral obligation to act against this cruelty and injustice has to work outside of the law…..

There’s a farm near you full of slaves that just want YOU to get them out of there. They don’t have the privilege to wait until the world changes for the better, they want their autonomy and freedom now, and they need you to give it to them. “