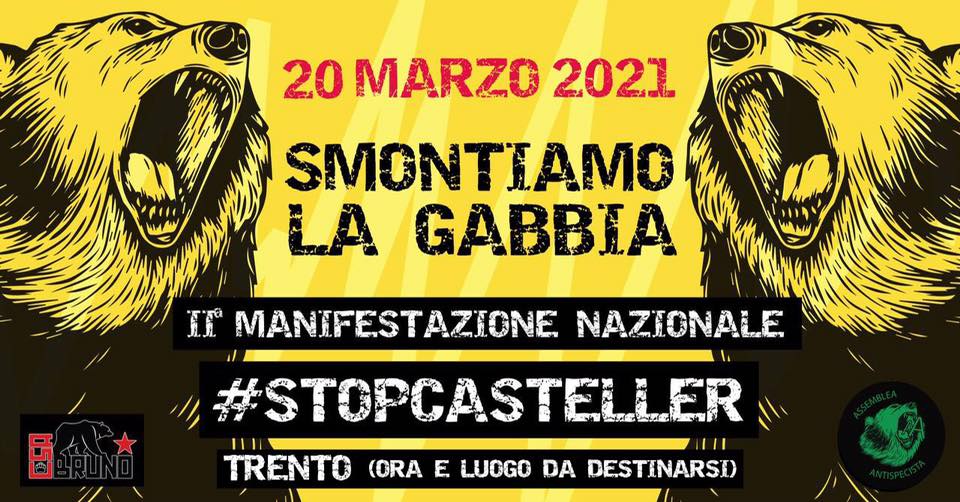 Assemblea Antispecista and an array of other groups have been putting a lot of effort in fighting Casteller. For anyone who doesn’t know, Casteller is a concrete prison in Italy where multiple bears deemed dangerous have been locked up under strict measures and for life. Currently, three bears are kept in concrete rooms and exiled from the wild because the authorities decided they are a risk to the humans in the area. The same authorities that participated in the project of bear reintroduction in the wild. Those authorities have been combating the information that bears do not deserve to be locked up and insisted that right now, the bears are hibernating.

Anonymous activists from Assemblea Antispecista accessed the prison to film the conditions of the bears. In the video, you can clearly see the size of the rooms where the bears spend their life, and as if by some weird magic, that the bears are not hibernating. Surely the authorities will be able to justify it one way or another, but the reality is that forcing wild animals into a cage will negatively impact their normal functions.

In October last year, a mass action was organised, where a group of people locked on in front of the main entrance whilst a different group toppled down a big part of the perimeter fence surrounding the prison. Meanwhile, multiple organisations have been lobbying and campaigning politically to stop Casteller from imprisoning wild bears. With the video of the precarious situation of bears surfacing online, Assamblea Antispecista has called for another mass day of action in Trento, Italy, and is calling for international support.

If you are not able to go, you should probably let other folks know. Share, contact your local collectives and other mass action groups in Europe. Are you unable to do so due to being in a different continent or not being able to travel? Generate press. Create videos, write about it, contact mainstream media or organise solidarity actions. Choose what you’re good at and join this campaign!