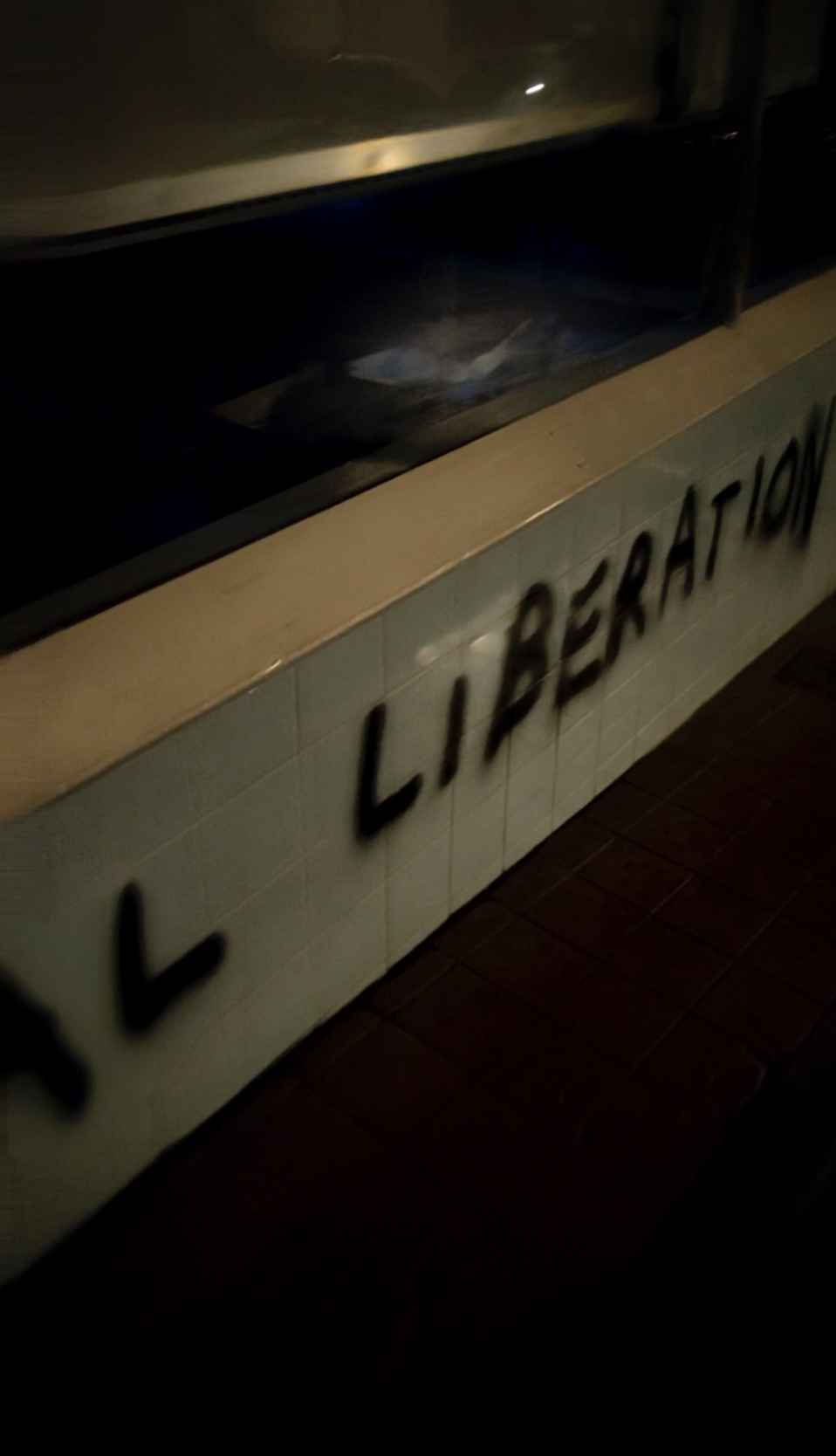 “Responding to the call to action to take out our rage on speciesist businesses’ windows.

Enough of buying a plant based sausage roll and patting ourselves on the back. Let’s not hand our money and power over to evil corp and fool ourselves believing it’s a win. We want to see the economic sabotage of the blood industry, not support it. We want to see THEM pay. Remember whose side we are on. We stand with the animals whose bodies are being sold. Big and small, local and international, let’s smash the FUCK out of these exploiters. They profit from murder.

Hammer to glass or knife to throat, remember who has lost the most.

In the early hours of the morning, with the owners watching tv above, we glued the locks, left a message and smashed the fuck out of Rogman Butcher’s windows.

We are glad that many feel “This gives a bad name to veganism” because until veganism becomes active and antispeciesist, its name stinks of rotting capitalism.

We hope the butcher claims the loss to the insurance company and has it replaced free of cost, because that will bring the insurance cost up not just for them, but also for any butchers around the area. We hope that with enough windows smashed, all butchers go out of business unable to pay for more windows and insurance.

We hope this form of action catches fire and we see a relentless wave of window smashing through Brighton, through the UK and throughout the whole world.

We dedicate this action to the 13 rangers murdered in the Congo for protecting the wild.

Mask up from the virus, and the bigger killer, the cops.