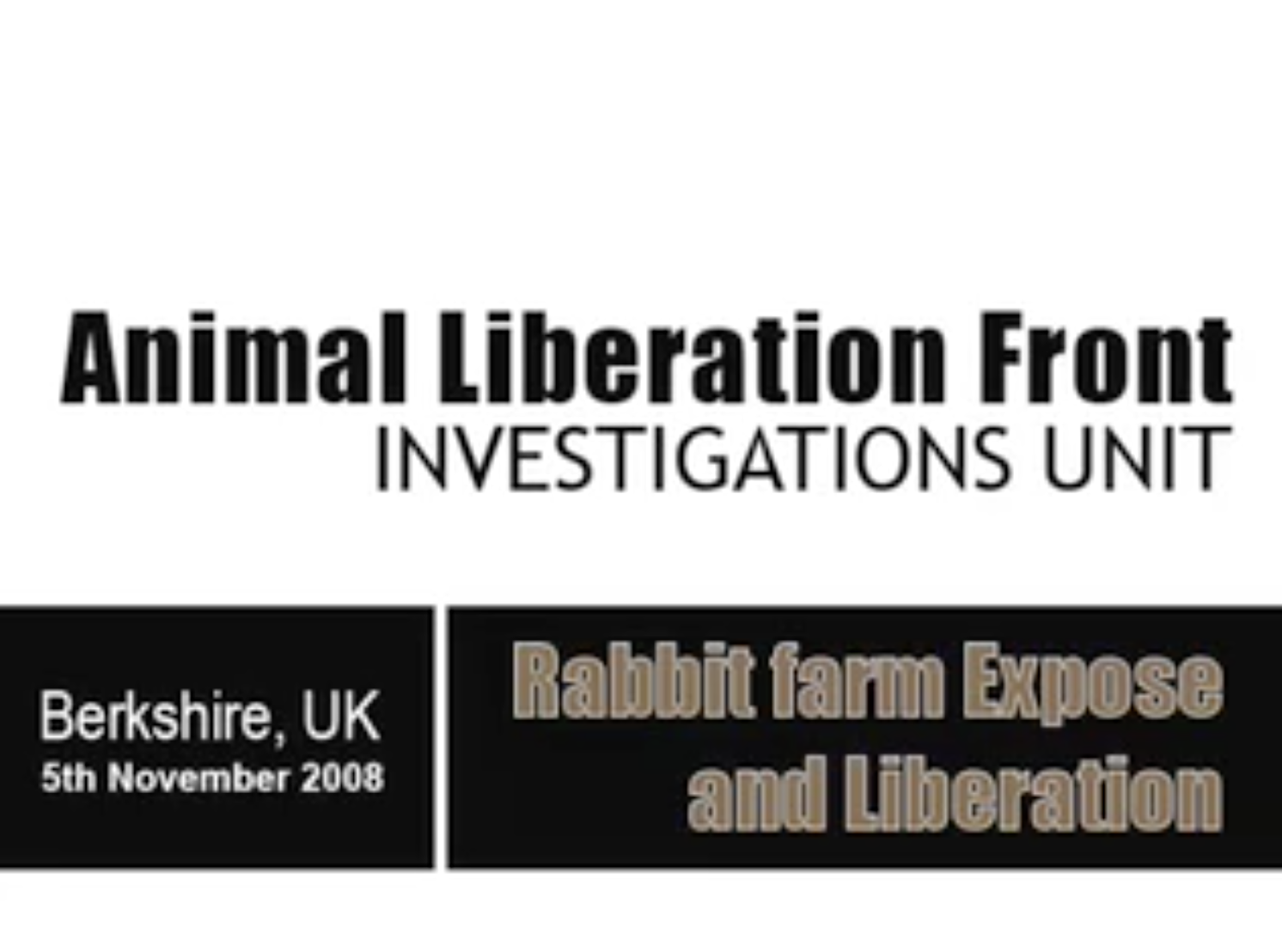 CONTENT WARNING: The footage featured in the video is disturbing.

In 2008 a group of people calling themselves the ALF Investigation Unit broke into a farm in Berkshire UK and filmed the conditions of the rabbits being exploited inside. They took several rabbits as well as caused several thousand pounds worth of damage. This is the report that was released with the video:

“On the eve of Barry Horne’s death, a group of volunteers accessed a rabbit ‘meat’ farm in Berkshire, U.K. This farm used to harbour hundreds of rabbits in the back of converted box lorries, but have recently upgraded their bunny butchering enterprise to four permanent and highly intensive units. Semi-built and set to be filled with hundreds of rabbits, we entered the site and bypassed top security measures.. the key was left in the door!

One unit was so full of rubble and electricity cables we almost didn’t expect to find any animals in such conditions. Further inspection found rows of cages, many with rabbits inside. All living on wire, many rabbits were blind, had ears missing and were rotting alive inside this windowless hell.

Even within a legal system that legitimises animal abuse, this sicko has still managed to torture animals beyond any legal requirements. The unit was in total disrepair, flooded with a mix of water and excrement, with open electricity wires and strewn with litter. None of the units had ventilation or air conditioning systems, despite being newly built. This farm was an excellent example of what ‘animal welfare’ means for animals: fuck all.

Needless to say we decided to make some legal corrections. After taking several rabbits to safety, who are now recovering in loving homes, we turned our attention to stopping this ‘man’ filling any more cages with defenceless animals. We cut every empty cage into pieces. Fuse boxes and machinery were glued and filled with expanding foam. Messages were left on the outer walls and doors before we vanished back into the darkness with our newly acquired friends.

This action was carried out in the memory of Barry, who continues to be an inspiration to us all despite his death at the hands of the British government.