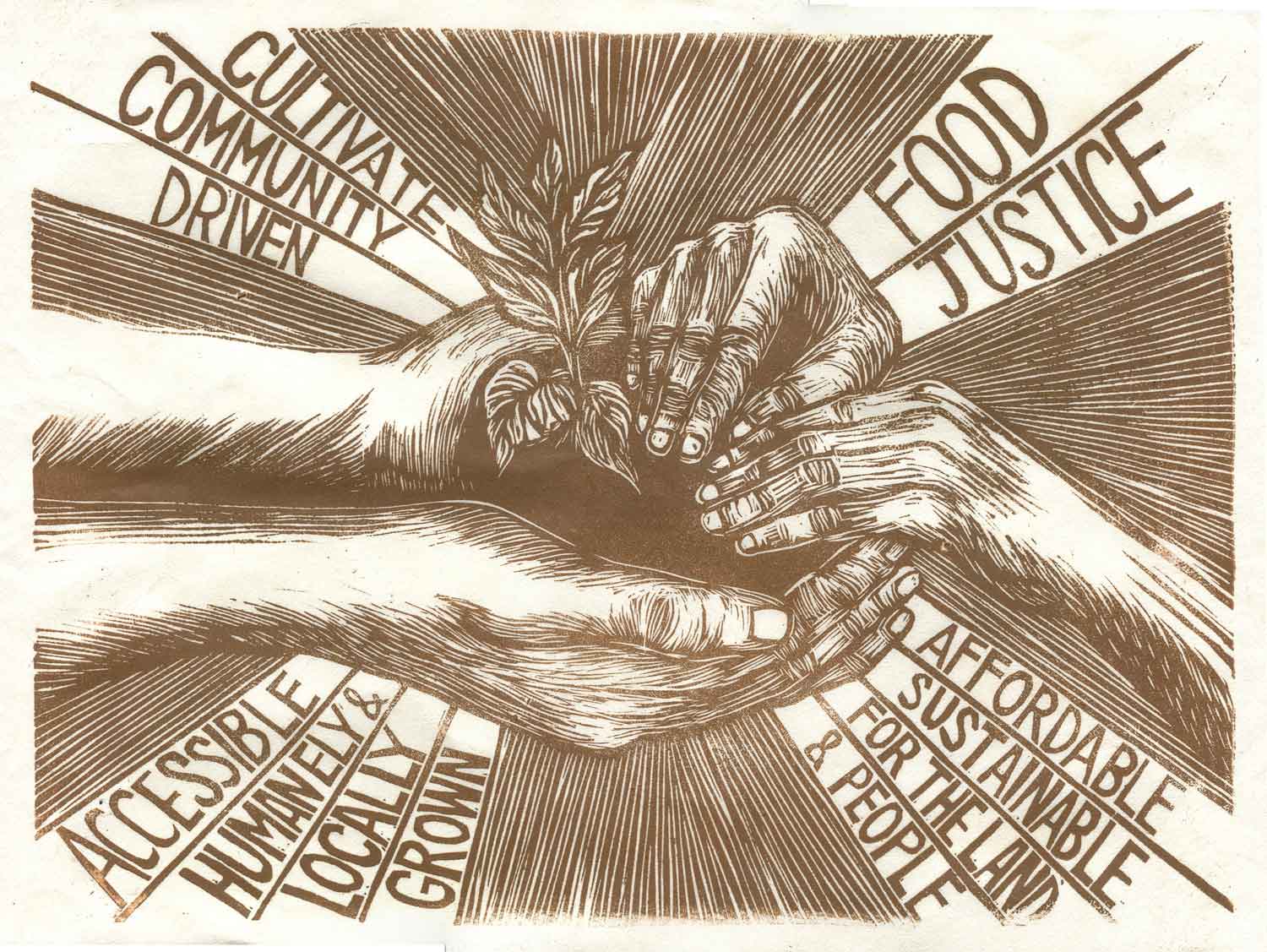 First of all, let’s define what Food Justice is. Food Justice has three main aspects:
Access to healthy, locally grown, fresh food
Living wages for all of those involved in the food system
Community control of the food supply

The Food Justice movement is in opposition to the racial and class influence on people’s ability to acquire healthy, fresh foods. It also brings light to issues facing farmers, food workers (we’ve all heard about the media talking about how fresh food will be left rotting in the fields due to having no migrant workers to pick them, but have you ever thought about why it is that large agricultural groups target migrants and others of lower socio-economic status to pick their food?).

Some of you may have heard the term “food desert”, usually in conversations where people who are not living in one use their existence to justify why they can’t go vegan. A “food desert” is defined as “an urban area in which it is difficult to buy affordable or good-quality fresh food.”, this usually means that for the population within the area there are no places in which to buy sufficient fresh, healthy food, or that such places are inaccessible for the population there. The term food desert tends to ignore other factors other than proximity, such as racism, cost of living, people being time and cash poor, and due to this has largely been replaced by the terms “food apartheid” or “food oppression”.

Places living under food apartheid often have an overabundance of cheap, processed foods (think fast food chains and petrol station food), which while they may be cheaper in the short term, usually end up being much more expensive in the long term due to ill health caused by poor diet. Communities of colour, as well as low-income areas, are most at risk of food apartheid due to the system we live under.

One method of challenging this system of food apartheid is community food gardens, which enables the community to reclaim control over the production of food. This enables communities to grow healthy, vegan food without having to rely on big businesses and the agricultural industries to decide whether or not their communities are deserving of healthy foods. This ties into the Anarchist idea of mutual aid, relying on building strong communities instead of the State. This also allows the community itself to decide where certain resources can be best allocated, and allows stronger communal bonds to be formed as everyone has a share of the work, and a share of the produce at the end.

For more information regarding food justice, and how food apartheid can be combatted, check out:

And if you can afford to buy it (or find a pdf online), definitely check out “Food Justice: A Primer”  https://sanctuarypublishers.com/food-justice%3A-a-primer