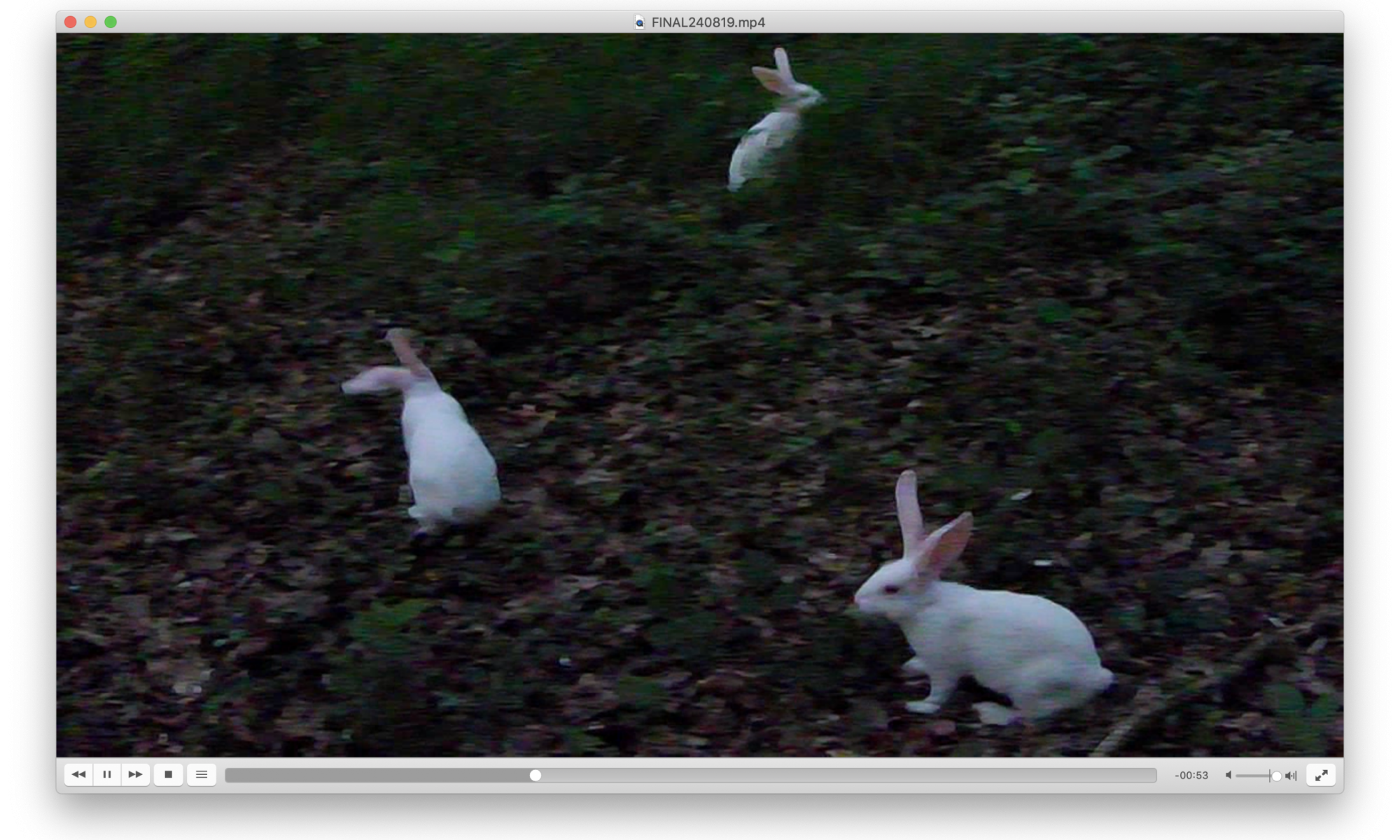 “During the night of the 24th of August in France, 13 rabbits were helped free from their cages and released.

We are aware that this kind of actions is controversial. We’d like to point out that these people are living in absolutely dreadful conditions. They never saw and will never see the daylight. They’re crowded in tiny cages, right upon their feces. Many amongst them (one person out of five) won’t survive those conditions of detention, even before the day they’re sent for slaughter.

Living in nature is risky, but leaving them inside is signing their own death warrant. Outside, each of them gets a chance to survive. Some people worry about predation but it’s an inherent risk to the wild. Foxes, their main predators, are not as numerous as them, only some of them will be eaten no matter the color of their fur. Actually the worst thing that could happen to them is to encounter a humane hunter.

We know that sanctuaries exist. Unfortunately, the total room of these places compared to the number of the other animals killed everyday is totally derisory. All the more almost every female in these farms is pregnant and can have up to 12 babies, which would drastically reduce the number of precious safe places in the sanctuaries. What shall we do concerning those who can’t have a home, leave them behind ?

In this speciesist world where there aren’t any perfect solution, we decided to give them a chance in the wild. This decision is even more pertinent considering the fact that we saw many other white rabbits running free in the fields.
We chose a place far away from the busy roads, a small wood around a field where they can be safe. It appeared to us that there weren’t many foxes there. We stayed with the rabbits for an hour and observed that they spontaneously ate and moved to discover their new environment. They were jumping for joy, relieved after they experienced hell.

Finally, we are not accountable to anyone except the other animals.

We also have a thought for every activist suffering from the state and police repression.

Until every cage is empty.”