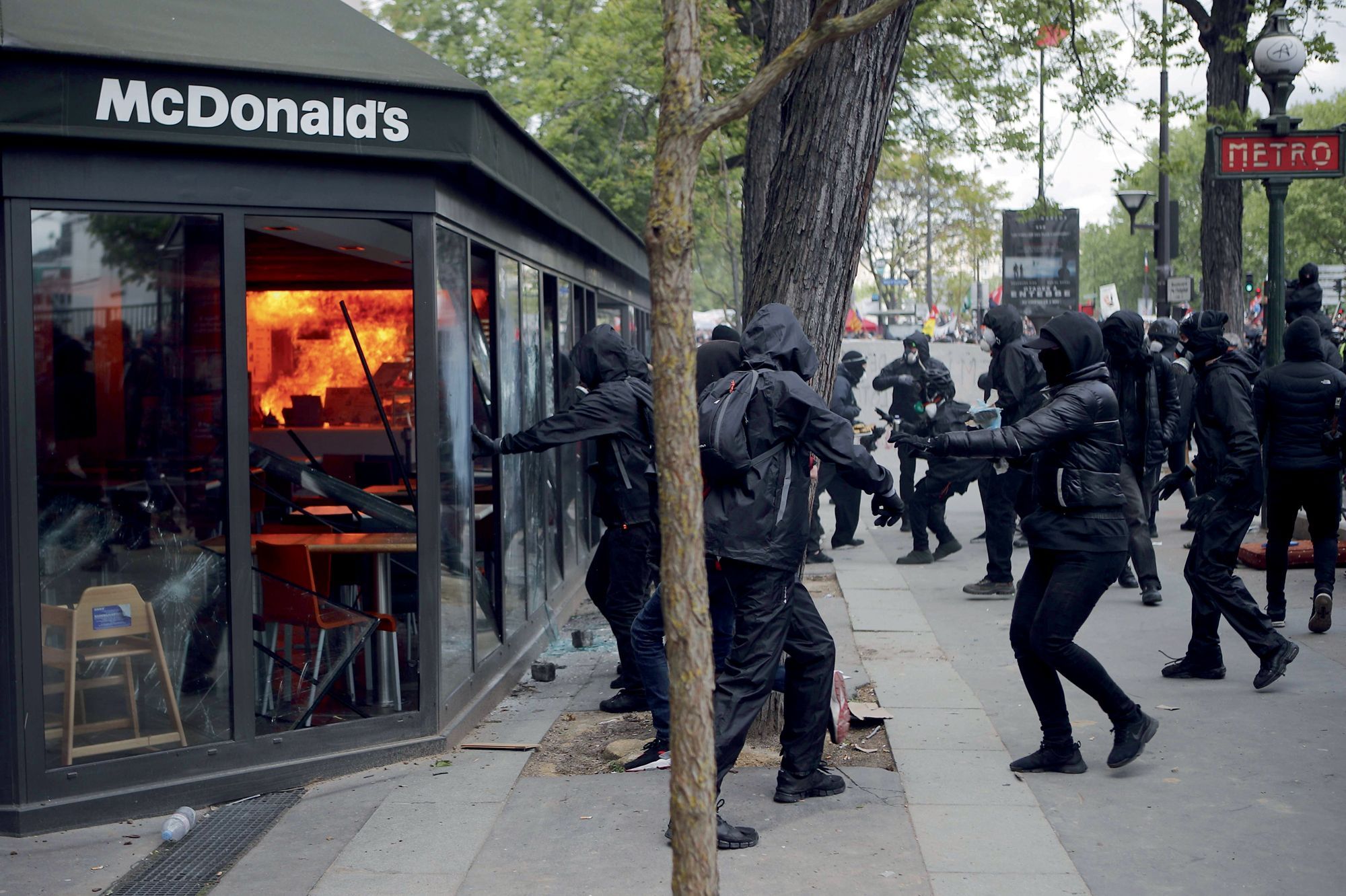 But what is the black bloc, and why is it used?
The black bloc is often seen as a gang or group by the media and the right wing, yet this is not the case at all, the black bloc is simply a tactic used to protect the identity of protestors by giving a uniform appearance across all members of the protestors. This allows protestors to sabotage infrastructure, protect communities, prevent police incursions into established autonomous zones, and more, all whilst maintaining their anonymity.

The black bloc is not a new tactic, having originated in West Germany in the 1970’s and 1980’s prior to the fall of the Berlin wall. During the economic recession occurring at this time, as well as massive amounts of people leaving the cities for the suburbs, many areas of the inner city were left abandoned and were squatted, providing people with free housing.

Within these squatter communities, radical political ideas began to emerge, which caused clashes with police and other government agencies to occur. Due to the violence from the police, protestors donned motorcycle helmets, steel-toed boots, and other protective clothing along with ski-masks to enable them to continue protesting through the violence from police and avoid being targeted for arrest.

Is the black bloc tactic always useful and recommended? Not necessarily, as sometimes it has the opposite effect, such as being the only person in black bloc meaning you stand out and are more likely to be the target of police violence and arrest.

For more information on the black bloc (as well as an insight into the 2012 Montreal student demonstrations that heavily used the black bloc tactic) check out https://sub.media/video/a-history-of-the-black-bloc/

For a history around the world of black bloc tactics, check out “Who’s Afraid of the Black Blocs: Anarchy in Action Around the World” by Francis Dupuis-Deri