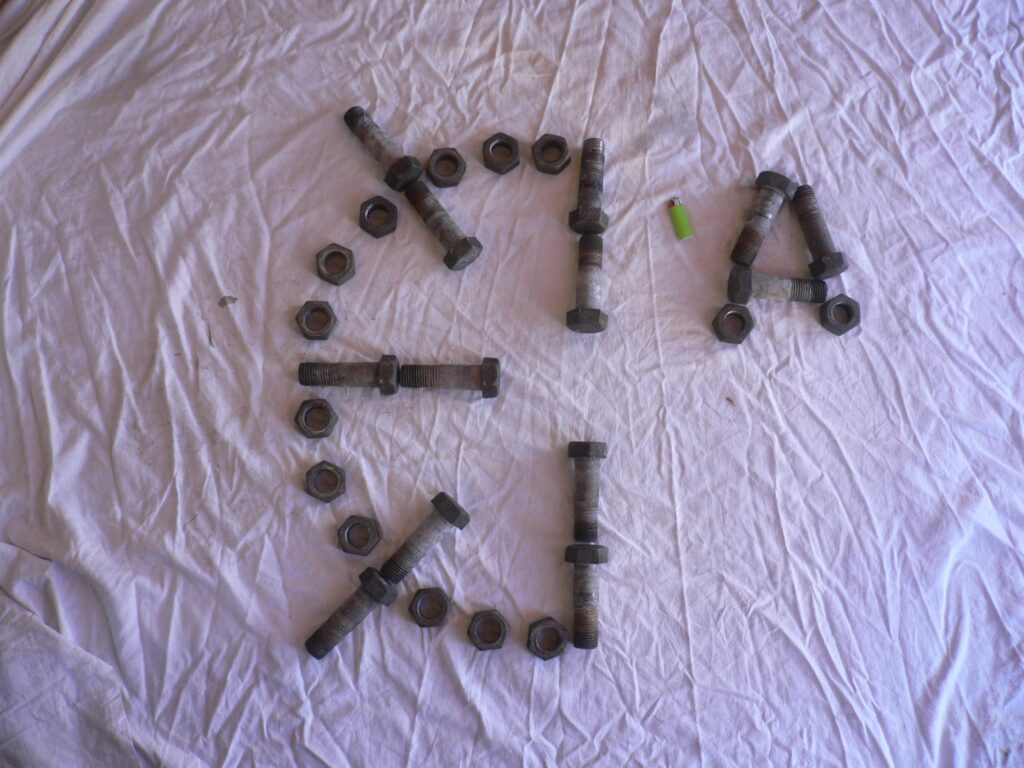 Translated by: Act For Free!

“In May of this year, the anarchist prisoner Alfredo Cospito was transferred to the 41bis isolation regime.

The torture method of sensory deprivation aims to break his rebellious spirit and silence him. In order to achieve the removal of his isolation conditions, our comrade began an indefinite hunger strike on October 20. On December 1st – on the 42nd day of the hunger strike – a review of the conditions of detention decided to continue the torture procedure. If the Italian fascist state persists in its practice of isolation, Alfredo may not see the end of this year. But his death will not be a suicide: it will be the murder under torture of a vengeful political judiciary.

The most passionate form of revolutionary solidarity is to continue the struggles for which our comrades are behind bars. It was in this spirit that on December 11, during a night-time sabotage action, we went to a pylon of the Fessenheim-Paris extra-high voltage line and unscrewed the bolts. The pylon is still standing, but its stability is clearly compromised. May our revolutionary anger act in alliance with nature, and may a winter storm do the rest!
Alfredo has always been able to tie the question of social revolution with that of ecology and, through his words and deeds, connect the ecocidal plundering of our planet with the struggle against the dominant powers, exploitation and oppression. In his statement on the kneecapping of the Italian nuclear industry leader Roberto Adinolfi (ansaldo nucleare) and later in various statements during the trial for the scripta manenta case, he described the need to anchor a revolutionary perspective in the anti-nuclear movement. In a valuable contribution to the debate, he also spoke in 2018 about the struggle against the CIGÉO project for the burial of nuclear waste in the French village of Bure in Meuse. Referring to the idea of diversity of tactics practiced there, he suggests an intensification of the forms of struggle that are chosen. This is one of the contributions that were later used to justify the tightening of his detention conditions.

As such, we wish to take back up this idea and to continue it following the thread of informal organization and of permanent attack towards all the dominant infrastructures that, in our opinion, have already put us in permanent cages. And this, without dissociating from the strategies that attack the physical integrity of targeted people, as was done for Roberto Adinolfi; not with a strategic document composed of empty words and pompous revolutionary phrases, but by the practical application of direct action.

The power line we attacked was not chosen at random. It is precisely the 400,000 volt line that will in the future supply electricity to the useless and controversial CIGÉO industrial project. At the same time, close to the Cigéo site, the public network operator RTE is planning to build a transformer station on an area the size of 20 soccer pitches, which will be able to satisfy the nuclear monster’s thirst for energy. The Declaration of Public Utility of this summer creates all the legal conditions allowing the expropriation of the necessary lands for this purpose.
The form of action we have chosen involves considerable risks. That is why we will soon publish a new communique with some technical instructions allowing to carry it out as safely as possible.

A warm embrace across seas, borders and walls.
For all prisoners in struggle!
Solidarity means attack!

Pylon Disconnection Service of all kinds.”