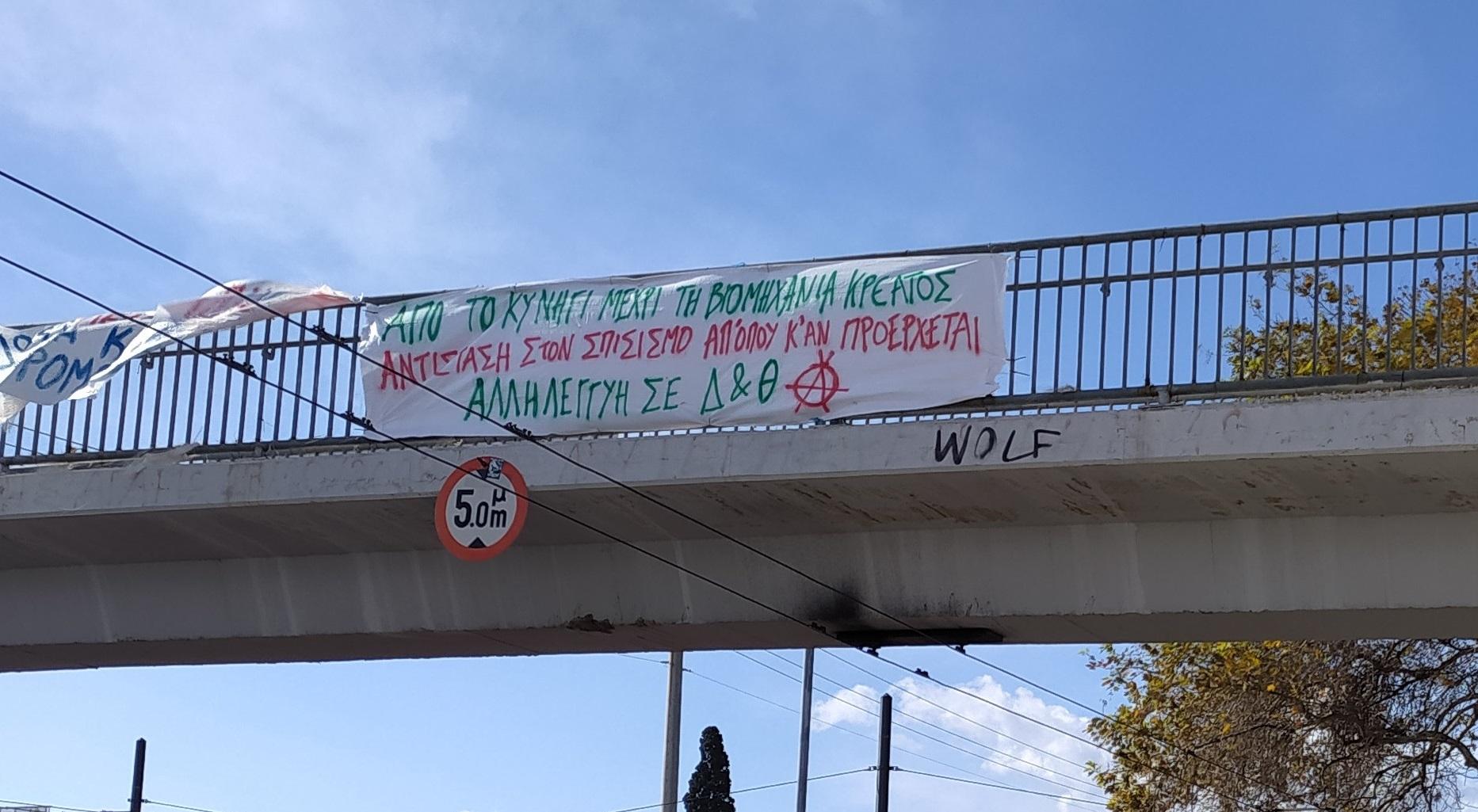 In 2018 on the Greek island of Evia two individuals confronted a hunter as he attempted to murder free-living animals. They took his gun and threw it away, and were later arrested by multiple police officers not far from the scene. They were charged with robbery, which is a felony, despite the motive clearly not being to steal the weapon that was found in the woods.

Since the arrest, both the local and national hunting associations have unsurprisingly taken a great interest in the case. The hunting association of Greece (D’KCSE) has frequently attacked the anti hunting activists in the press and is even paying the legal costs for their prosecution.

The trial is set for this month, 26th of May 2022 and there has been a call for folks to show solidarity “in any way you like”. Since the call for solidarity there have been demonstrations, banner drops and the hunting association of Athens was spray painted.

In the words of the accused, “our attempt to protect an animal from being murdered, was an instinctive move that in our opinion should be the obvious thing for everyone.”