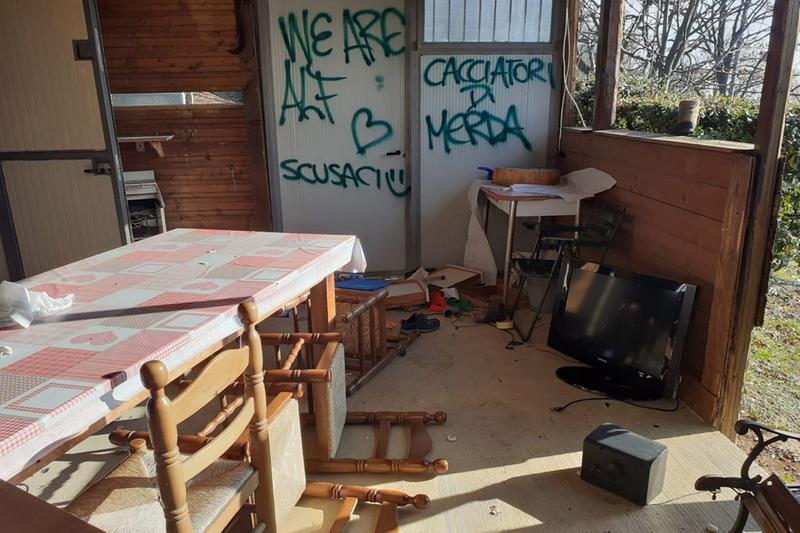 According to local media, William Baccini’s hunting lodge was visited by the ALF last year. Taking advantage of the fact that the family home was empty for the night, a group of people entered the building, destroyed all furniture, TV and windows, made holes on the roof using a pick axe, freed over fifty decoy birds and after dousing the place with gasoline, left the building with three rifles that then were decomissioned and abandoned in the woods.

William is head of the “Hunting and Tradition” group, an association of hunting groups who attempt to lobby the government in Italy as well as being very vocal about animal rights activists.

William had set up wildlife cameras outside the abode in fear of attack, but all he got was some blurry photos of masked, hooded up individuals.