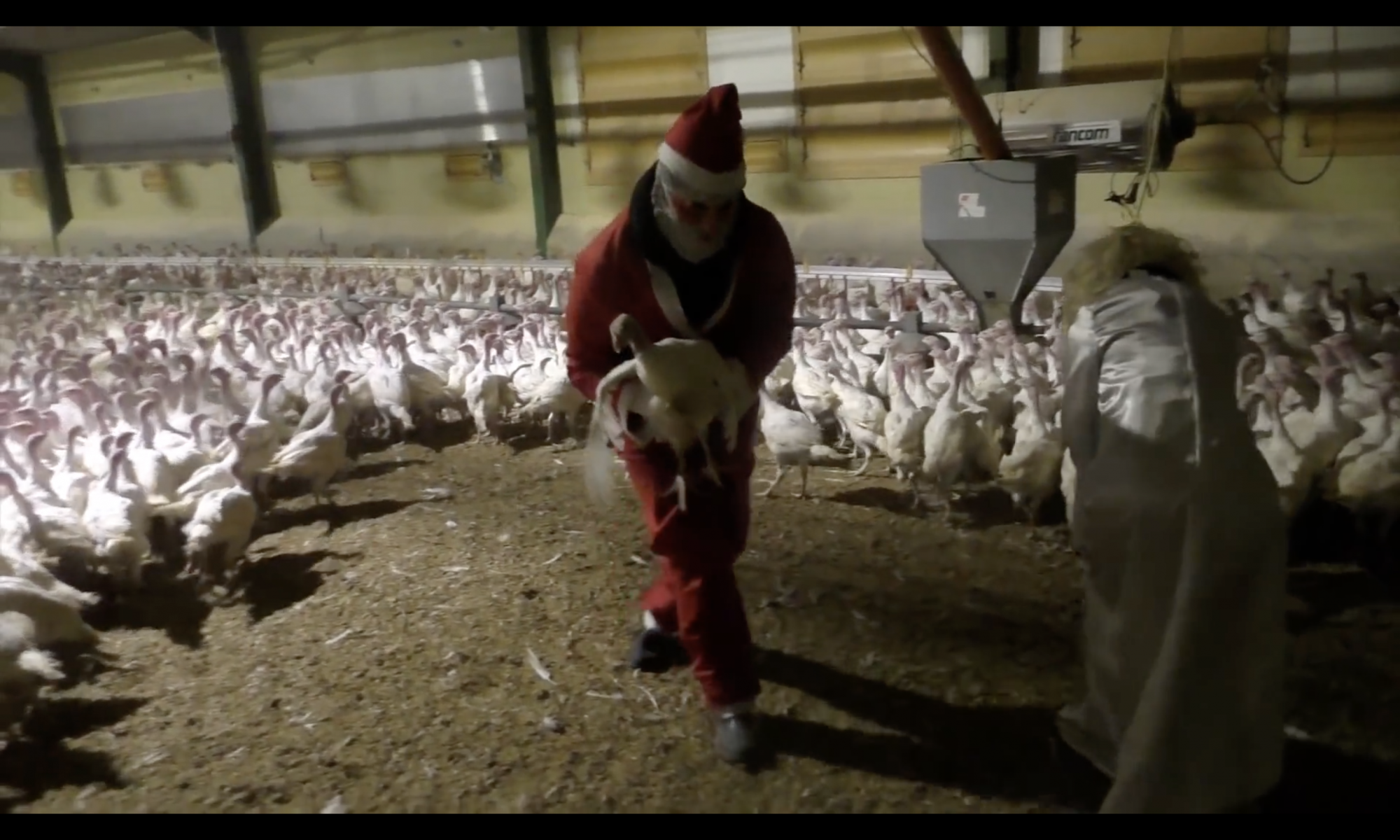 Christmas has always been a busy time for direct action. There are meant reasons, from people wanting to catch the eye during the holidays, to the obvious distraction by authorities dealing with parties, fireworks and crowds. It only takes a few minutes to find many reports of actions during Christmas throughout the years.

In 2014, a report from Austria by the Association Against Animal Factories explained how someone dressed as an angel and someone dressed as Santa broke into a turkey farm to liberate four birds and then rescued another sixteen hens from an egg farm.

The visuals are interesting, with the Santa costume sporting an almost scary face mask, but it hits a point that attracts many. The costumes, the time to celebrate, the will to give gifts and the spirit of helping directed towards direct action.

You can read the report, copied from BiteBack, just below:

reported by the Association Against Animal Factories (translation):

“The greatest gift is freedom – a Christmas story with a difference:During this visit, unfortunately, only 16 hens and 4 turkeys could be saved. For these creatures, however, now begins a new life in freedom with animal-loving people.”

It is hard to predict what the holidays will bring, but remember that Saint Nicholas is the patron of thieves and he breaks into houses in December after watching people all year round.

May you bring the spirit of freedom to all around you.

PS: Sorry for the shit music, we did not choose it.