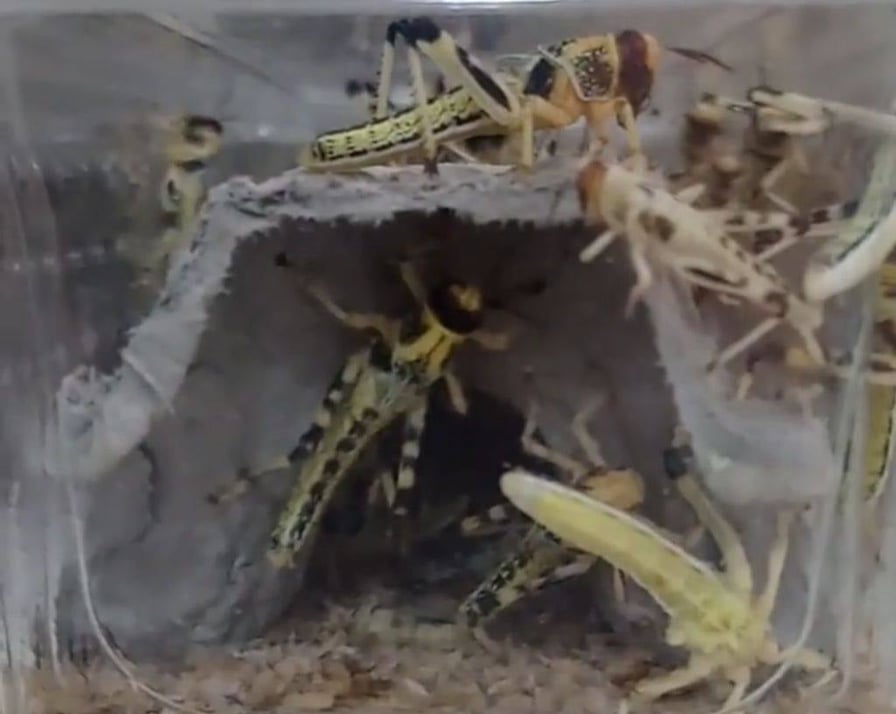 “We were bored in a winter afternoon thinking about our miserable lives, but we thought “fuck depression, lets do direct action”.

We started to think about all the people who lives in prison and the different types of prisons. We realised that near us were people locked up in little plastic cages; a lot of crickets. They were in a pet shop called Petiberia with more species locked up inside, so we made a plan and we went there.

We entered the shop and while a person was distracting the security people, the other took as much as possible of the plastic prisons with the people inside and went out of the shop. The workers were thinking in their dumb lives so they didn’t realise about was was happening.

After, we looked for a safe place for the crickets, and we ended up in a field. We opened the cages there and they jumped out. But some of them were dead, so we estimate that the number of people that escaped that day was 125.

This is a simple and easy action and you can help a lot of people with it. Go to your local pet shop and do it!!!

Kisses for the workers <3 we’ll see each other again :P”

Photo: stock image, no photo was sent with the reprot