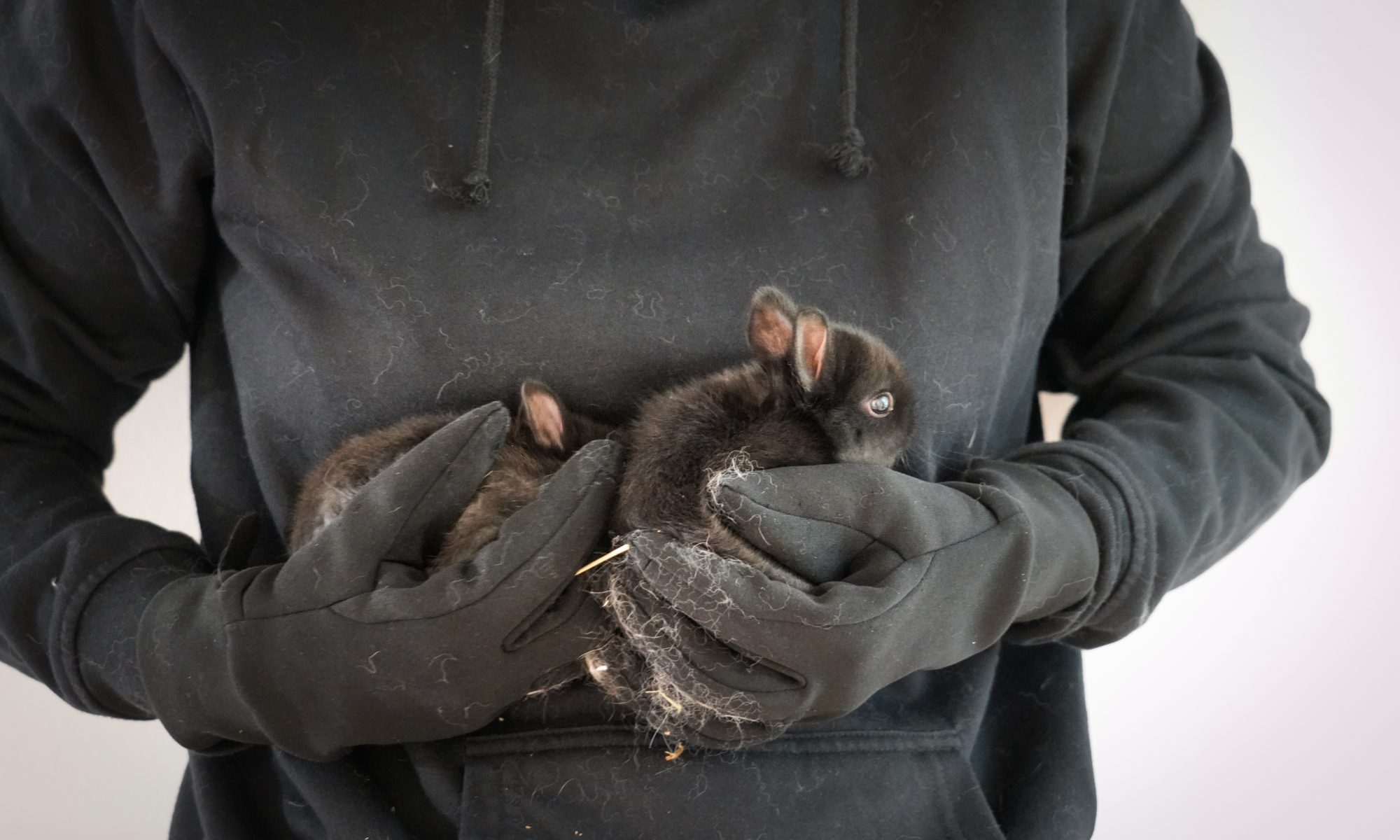 “The pet industry have exploited this pandemic like they exploit the animals they sell. Bored and thoughtless people have demanded pets for their entertainment and the breeders have been happy to supply them. During Easter, the objectification of rabbits as things to buy or give as presents increases exponentially, so we thought to raid a pet breeder and take some comrades out.

The breeder we visited has a selection of animals but sadly we couldn’t take all of them. While the breeders slept just meters away we painted some security cameras and quietly entered a shed that housed rabbits and guinea pigs mixed together. To our surprise, a lamb was also locked in the same shed, running around the hutches.

They were confined in small spaces, in disgusting conditions and with very high ammonia smell. We grabbed a few rabbits and disappeared into the night with them. Their nails were so long they couldn’t walk comfortably and they were afraid of human touch, so it will be a long recovery for them.

They will go to loving homes with families who will see them as the individuals they are and not breeding machines or products to sell.

We dedicate this action to all the animals still imprisoned inside the vivotecnia lab and all those fighting to get them out. It has been done before and we can do it again. Break the walls of that lab, liberate those animals!

UPDATE: A few rabbits turn into many rabbits. It wasn’t surprising that female rabbits coming from that hellhole would be pregnant and we have heard that at least one of the females has given birth. There is no better feeling than knowing that those babies will never know abuse and that their mum will never again be bred.

They will only know freedom. ”

One Reply to “MULTIPLE RABBITS LIBERATED FROM A PET BREEDER. IN SOLIDARITY WITH THE VIVOTECNIA LAB TORTURED ANIMALS.”