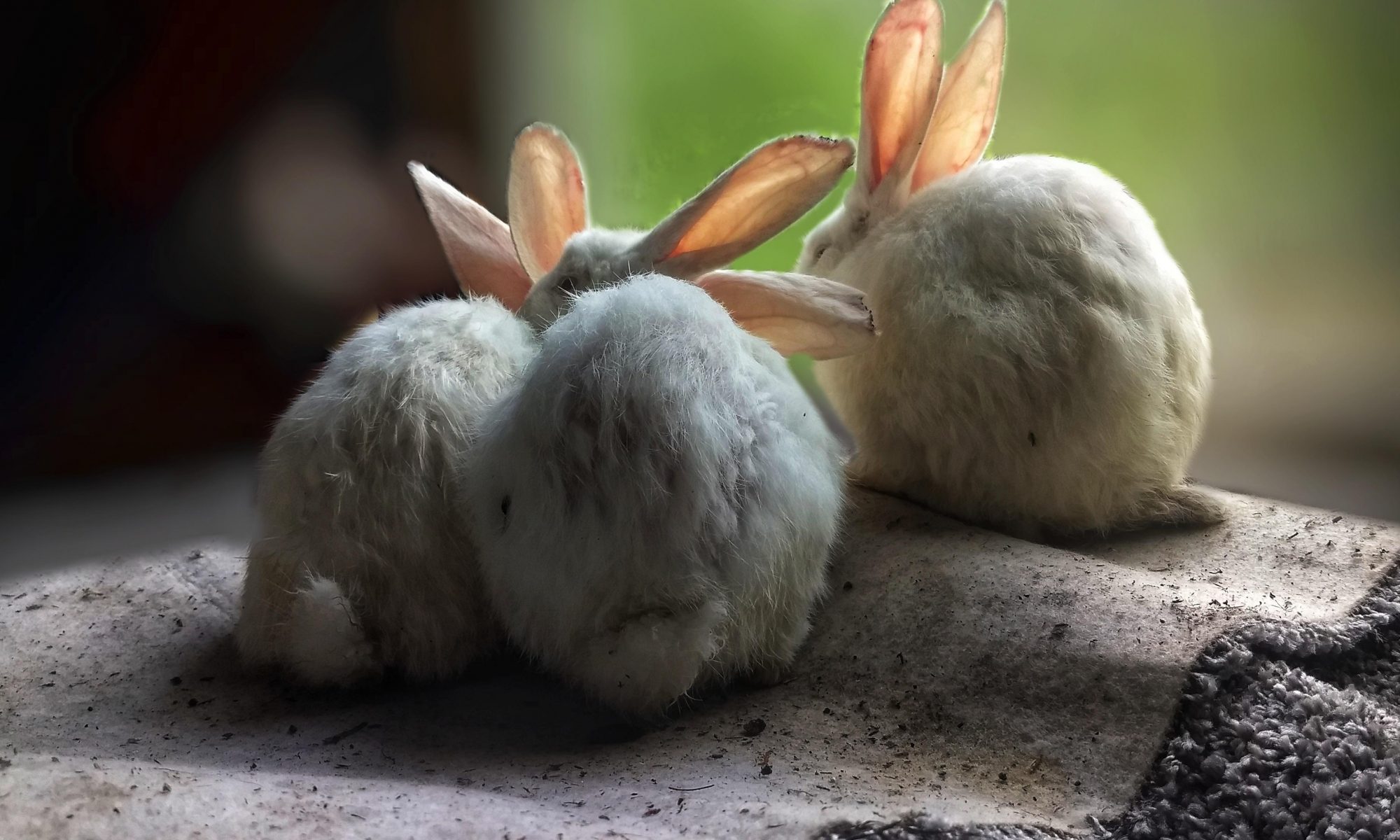 “We got a call saying that some rabbits were about to sneak out of cages to finally run freely under the starry sky. We decided to help them reach a safe place.

We met them in the middle of the night. They couldn’t fully trust us, being specimens of that specie wich already made them suffer so much. But they were determined to not stay locked up any more time.

We all made in to a hideout, waiting for the perfect time to leave. Meanwhile, they started to wonder around in the grass, jumping and getting more and more confident.
Chewing on local hay for the first time.

Once it was time to go, everyone got driven to a safe place to rest and start recovering, being provided fresh air, vegetables, silence and crisp water.

They are now safe and taken care of. But saying that everything went fine would be lying : we lost two freedom fighters during this process.

One person was not feeling well from the start. Their health state rapidly got worse. They passed away in the grass before we could leave the surroundings. A second person died several days later, caught back by the physical pain they went through there.

It always fill our minds with anger and sorrow when someone physically makes it out of a cage to die hours, days, months or years later because of what they went through. Obviously no one comes out of there totally healthy. Every single one of them will run into medical problems soon or later. But when someone can finally experience running around but gets denied a safe and happy life right after, it’s just heartbreaking !

Fight speciesism forever !
Fight WITH them, not FOR them !
HELP them fight, don’t take their space in their own liberation.
It’s their struggle, not ours. It’s their story not ours.
Fight the state and it’s lockdown and curfew.
Fight curfew. Fight during curfew.
Make troubles and run fast.
Every night is a call for action. Don’t ignore them.
To everyone who’s about to break free, we’ll be right on time waiting for you.
See you tonight friends.”