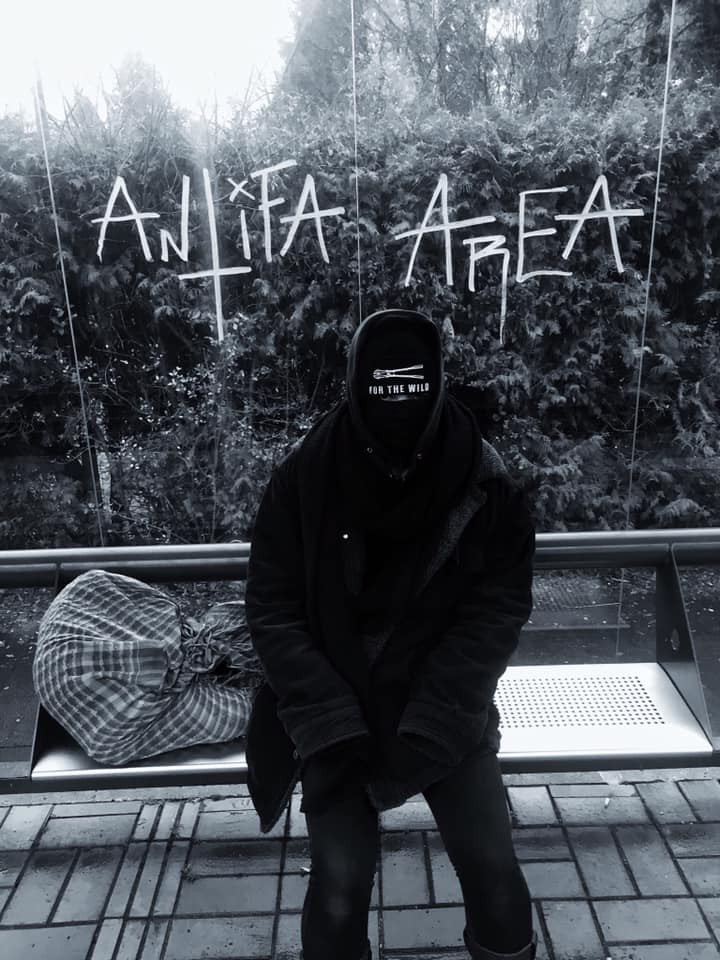 In October 2019, a mink farm was set alight in Sweden. Almost half of the farm was destroyed, causing almost 100K USD worth of damage. A report sent anonymously read:

“There is now one less mink farm in Sweden. It was burned down in the heart of the Swedish mink industry: Sölvesborg, a small town of inbred animal abusers and extreme racists.

The farm was empty, but now future abuse is prevented. No animals were hurt. Unfortunately, no mink farmer was killed in the fire.

To all fur farmers in Scandinavia. You might be next!

Close down before it is too late.

in Memory of Barry Horne (RIP)”

This came as no surprise. Sweden has a track record for animal liberation direct action, and many reports are signed as Djurrätsmilisen. But it was everything but ordinary.

Sometime after the happening, leaked media showed two teenagers setting the farm on fire. It was a video with a fascist-metal soundtrack published in a fascist channel owned by The Base.

The Base is a Neo-nazi group that believes in accelerationism. They believe that society needs a “push” (meaning, creating instability in society through acts of sabotage, bombs and assassinations), to start a new civil war. They believe in a “White Europe” and claim that all wrongs in society are caused by the Jewish people.

Whilst it was odd to put a report that condemned “extreme racists” and dedicated the action to the memory of Barry Horne with a fascist Neo-nazi group, it wasn’t completely out of the ordinary. Many Base members have taken eco-fascist action to cause chaos in their fantasy world of accelerationist revolution.

Soon after, two people were arrested. One of them would spend nine months in custody awaiting trial.

A couple of weeks back, they were sentenced. The trial exposed their involvement in fascist groups, with photos dressed in Nazi uniforms, writing manuals about how to create explosives, and even detailing their intent to kill a judge and bombing an abortion clinic in Stockholm. It also shed light on the action itself. They were planning to release the mink, but as they had not reccied the place beforehand, they did not know the farm was empty. They then decided to pass to plan B, setting the place alight, and they tried and failed to burn two different building until they used the sawdust used in the farm to burn the mink sheds.

The report was probably a poor attempt to throw the cops off the scent, which was not very effective as both boasted about the action in their telegram chat rooms.

The sentence was unsurprisingly lenient for the nazis. They were asked to pay a fine and given suspended sentence after being found guilty of arson.

This is one of many examples we should be remembering to understand why the animal liberation movement is political. Not only because the abuse of animals is systematic, but also because nazis and fascists should never feel welcome in any environment. Whilst the pair were not involved in any Swedish animal liberation groups, as a community, we should ensure nazis are not welcome either within groups, or online. We cannot “leave politics behind” to “focus on the animals” because nazis and fascists are always a danger to our communities.

The animal liberation movement is anti-fascist.