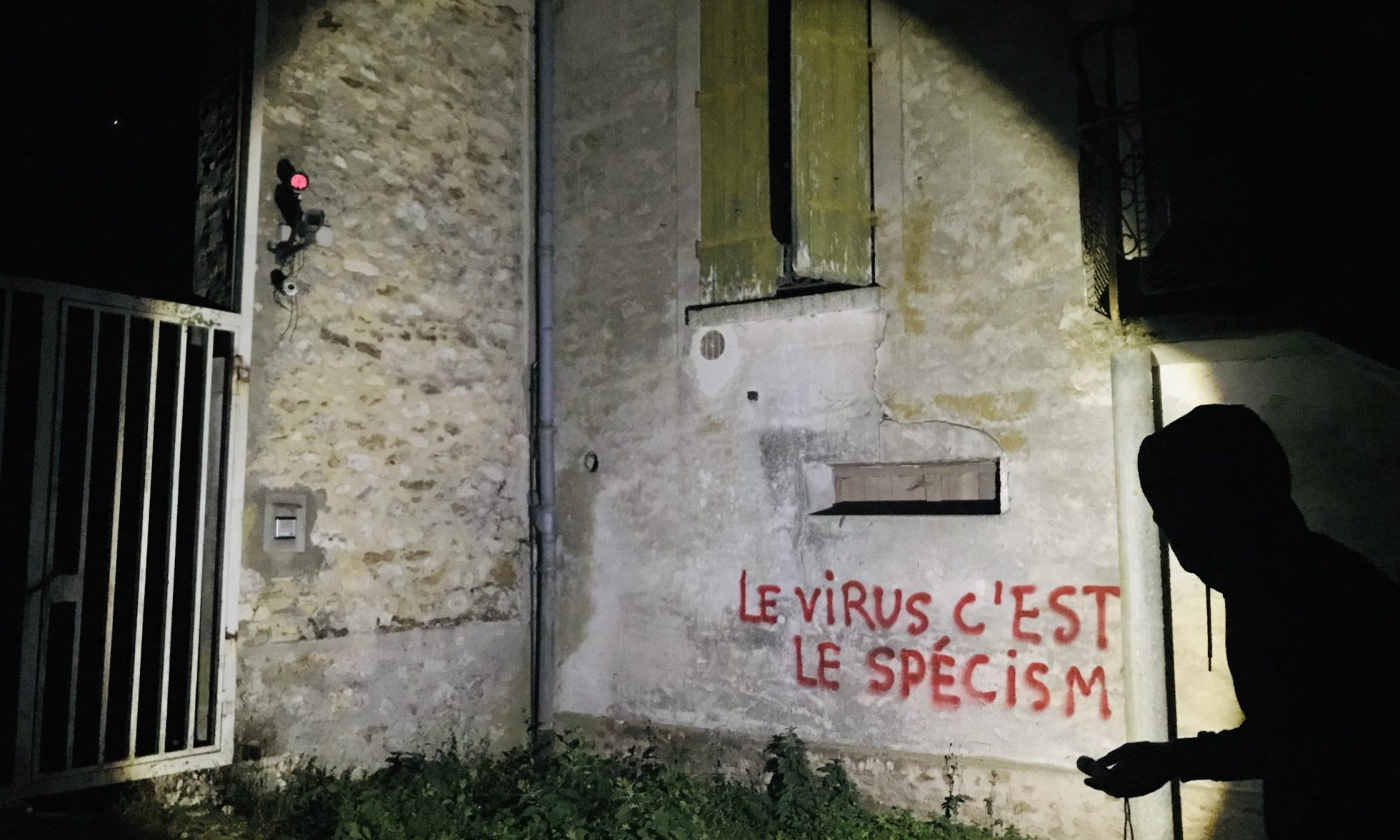 As long as the truth is not restored, as long as the victims of the specism are not at peace, you won’t have it either.
Animalist resistance will never stop.”