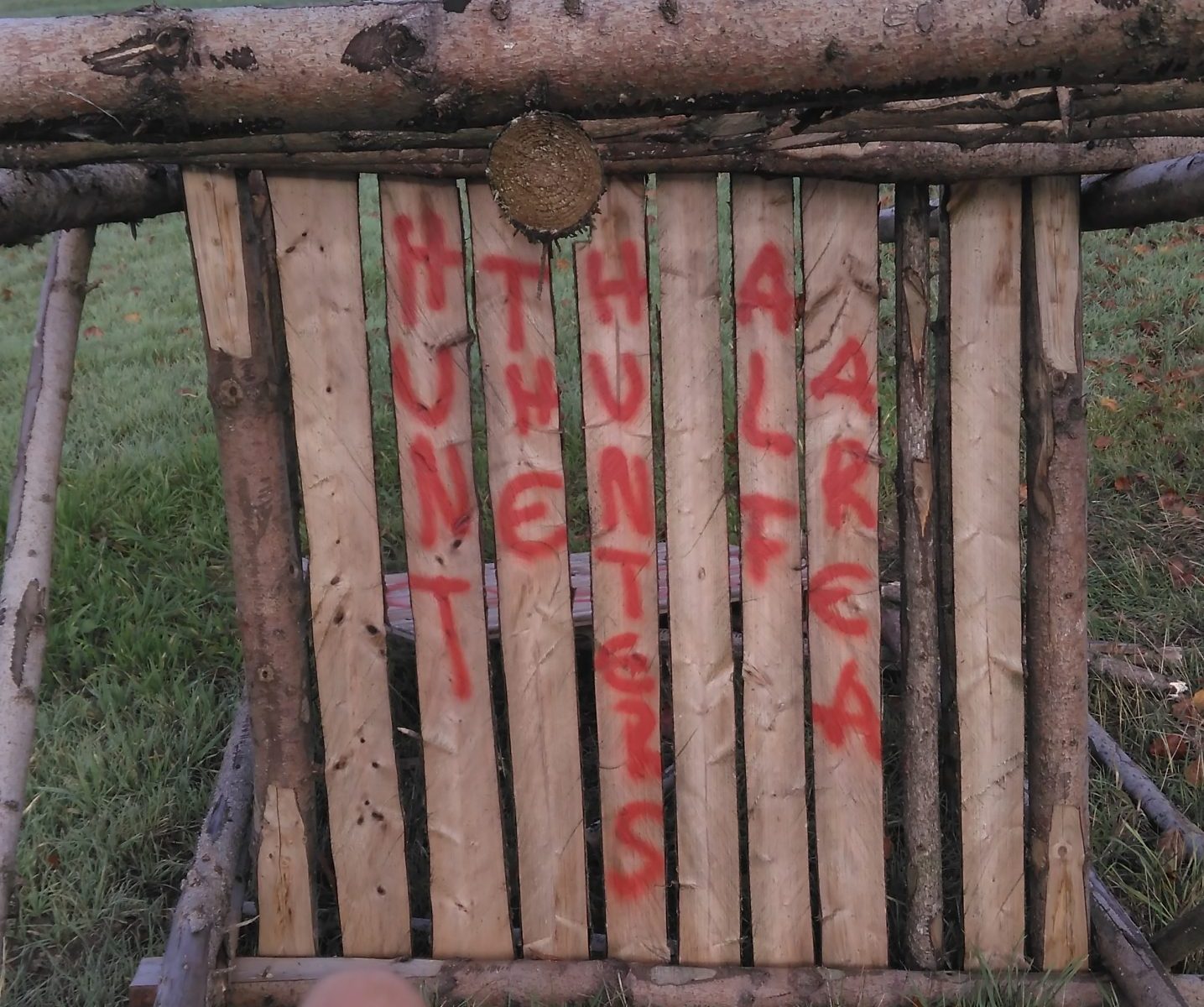 As forests are destroyed; activists are attacked, killed, and have to face time in prisons; animals are slaughtered and tortured, I stumbled across some fucking shooting towers which had to deal with my anger. Four down and six damaged and be sure I’ll return with some tools!

Meiningen, Thuringia received some greetings from the ALF”