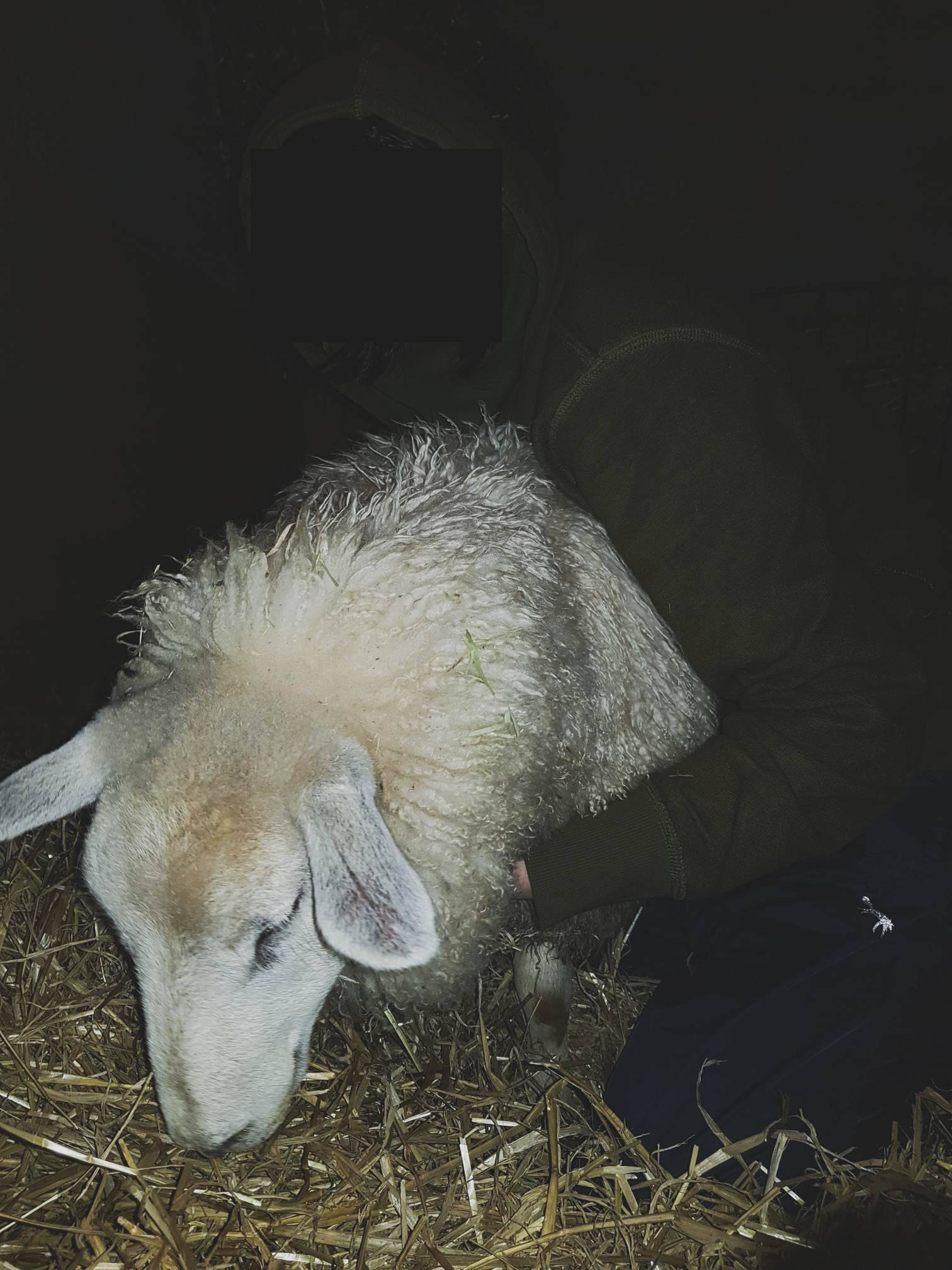 “Whilst out in the countryside checking badger setts we encountered a lamb acting very strangely. They were going in circles over and over and hitting against the fencing.

We thought they were suffering from Listeriosis, but upon examination we realised they had been born without eyes.

They were helped away through the fields, and agent of their own liberation they walked all the way to the vehicle, only aided by our hands to know the way.

They will now know nothing but freedom and will not be at the mercy of a farmer that would rather put a bullet in their skull than calling the vets.

We called them Waka, in memory of our fallen friend.

In every step we remember.

With every action, a new beginning.