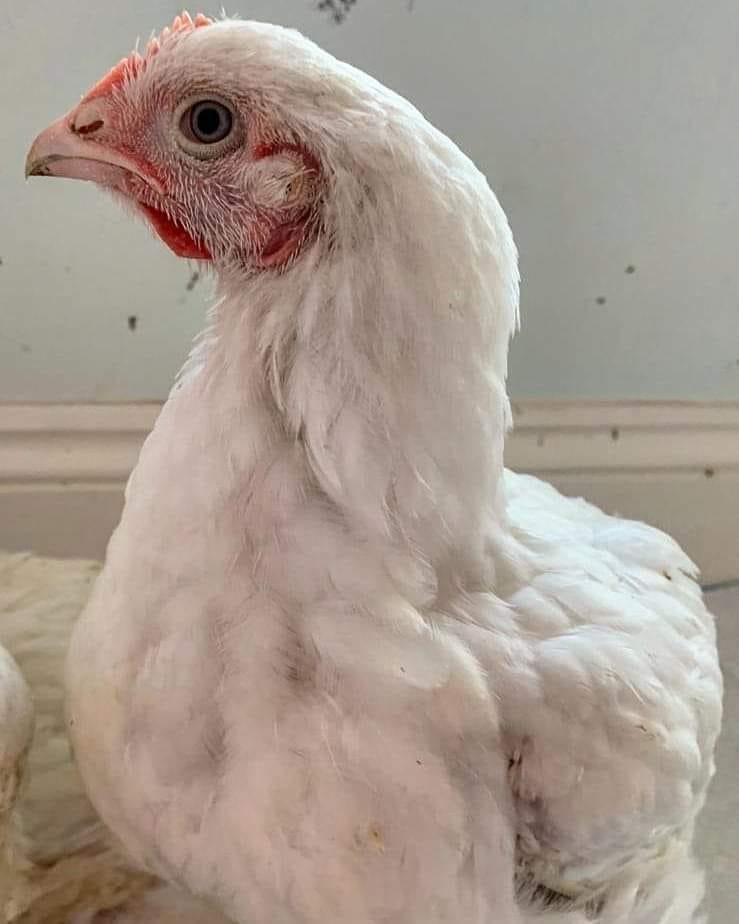 Photo: Angel, a survivor of the crash and not linked to the birds rescued at the slaughterhouse.

“Today a truck filled with 9,000 chickens turned over and crashed. Activists from all over arrived to help rescue the injured birds. After hours of bull shit negotiations with brain dead cops we decided to take matters into our own hands.

We stood in solidarity with the thousands injured in the crash. We witnessed their broken bodies tossed around in front of us whilst the cops and RSPCA watched on with smiles on their faces. With legitimate rescue denied we said fuck this we are going to free someone.

We arrived at the local slaugher house, just missing the truck containing the injured, dying and dead birds. Another truck filled with lives was waiting to go in just outside.

A crack in the crates was spotted. Activists then took the opportunity to free the birds from their cages.