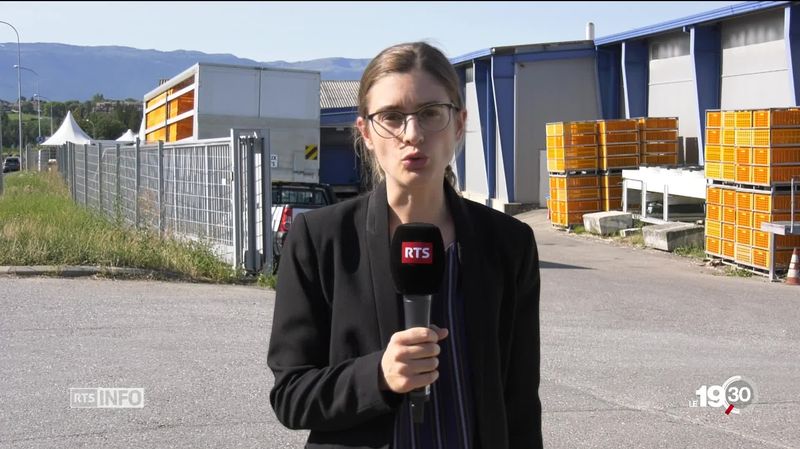 Read below a text sent to us on the incarceration of Matthias, the slaughterhouse sabotage action in Switzerland last year and a call to action to show Matthias isn’t alone:

Exactly one year ago, following the Geneva march for the end of speciesism, activists targeted the canton’s largest chicken slaughterhouse, temporarily disabling it and destroying the killing chain, computers, and the entire stock of speciesist “goods”, thus causing a direct attack on the murder economy of several tens of thousands of francs.(991,856 hens killed in 2018 in the canton, 8,000~ per week in this slaughterhouse, Tribune de Genève, Céline Garcin)

The activists had issued press releases explaining their action through various media.

It was the first such action in Switzerland in at least 10 years.

The idea is simple, however: as antispeciesists we all oppose every forms of animal exploitation and where there are the most victims are slaughterhouses.

Since Matthias’ imprisonment, it has to be said that the repression has worked well. Where is the revolt, the sound of broken windows and the fear of speciesist businesses and multinationals that our egalitarian movement will resist it?

Where are the 250,000 vegans from Switzerland? At the sides of their brothers and sisters, in sanctuaries, and places of domination to resist with them? Or at the supermarket, credit card in hand?

Matthias is innocent until proven guilty, this beautiful judicial system promises us.

And yet, for the past 9 months he has been paying the price of our silence for a prosecutor who dreamed of seeing him held as a leader of actions for which there is STILL no proof.

But since we no longer hear broken windows, it’s because he necessarily did it, right?

It seems obvious to us that the best way to help him, beyond supporting him morally and materially, is to make him this promise: when you’re getting out Matthias, the speciesist industry will have suffered many failures and we are one day closer to animal liberation.

We were neither silent nor fearful, we did not abandon our brothers and sisters to their fate by closing our eyes, we grabbed picks, bolt cutters, shovels and carboys to indicate everywhere and all the time that we are determined to resist their side regardless of our criminal record, regardless of the risks, because they are ready to be free at last!

If his incarceration has taught us anything, it is this: solidarity is never an empty word. Solidarity is lived and proven on a daily basis. Not behind a keyboard. We went to meet activists from all over the world to share Matthias’ story and often the most distant people are the ones who do the most to get him out of his cell.

But this is obviously not enough. In Switzerland it is urgently time to activate all the manoeuvres to denounce his incarceration.

This is a call to action. NOW!

Read the report from the slaughterhouse action last year here:

“On the night of Saturday night, antispeciesist activists attacked a slaughterhouse in Perly, Canton Geneva, announced the activists in an anonymous letter.

Upset citizens have decided to attack a slaughterhouse in Perly, which claims several thousand victims every week,” the anonymous message said.

“Science has long proven (…) the sentience (the ability to feel emotions and live a subjective life) that other animals show. They can rightly be considered as individuals, who deserve to live as long and happy a life as possible,” the letter continues.

“That is why antispeciesist activists decided to undermine this slaughterhouse, damaging its slaughter line, premises and stocks in the hope of temporarily preventing them from taking further lives and showing their refusal to see these morbid places exist.”

Please, help Matthias economically whilst he endures an illegal incarceration by donating on the link below: