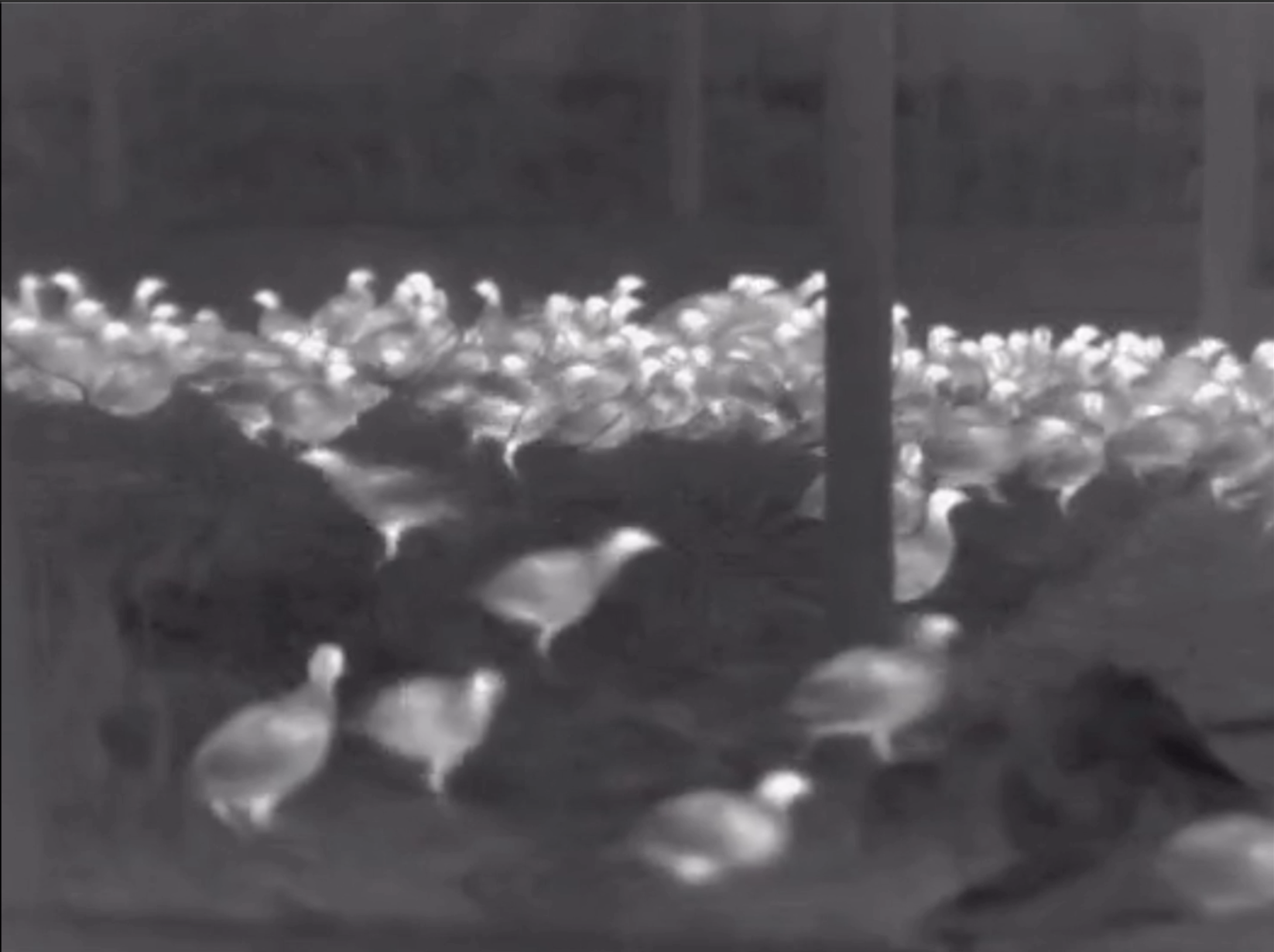 “During the night of 19th August we visited a partridge shoot of the outskirts of Gloucester and liberated what we believe to be around 5,000 partridges, destined to be shot imminently. After weeks of surveillance of the rearing sheds, we waited until two weeks before the start of the killing season to release them. This was both to ensure that the birds were old enough to survive and to cause maximum economic damage. Our aim is to close this shoot down for good.

Due to the proximity of the farm buildings and the gamekeeper’s house, we built a barricade on the track so if the keeper came out in his vehicle we’d have time to escape should the noise of the fleeing birds wake anyone. We then opened each pen in turn by cutting the zip ties that held the fence panels together and the plastic netted roof before herding the thousands of captives into the surrounding maize and wheat fields.

We will dismantle this industry pen by pen, shoot by shoot.