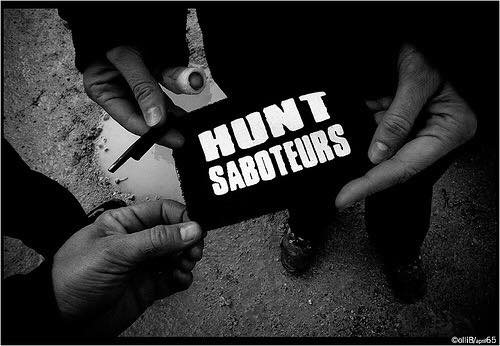 21st January, Spain
anonymous report:
“Spain seems to have no shame. Yesterday I heard of an organised hunt that was being publicised openly in a town over the public megaphones. The lack of organised hunt saboteurs brought me to the realisation that the hunt needed to be stopped differently.

I arrived at their meet and waited for all cars to be parked and emptied, leaving only the dogs inside whilst the hunters drunk coffee and alcohol in the bar. I approached the building to glue the locks with some hair clips and superglue. The owner won’t be too happy when they try to close the place up! Maybe that makes them think about hosting hunters at their place again.

I then deflated the tyres of three cars. The other two had protection so they had the luck to be slashed instead! After I was sure that cars would not be moving anywhere in the morning, some of the car windows were destroyed with a rock. Wondering about the noise and the dogs barking some of the hunters came out, so I had to flee leaving the job half done.

Next time, they won’t have a single window standing.

Stop the hunt. Stop the killing.