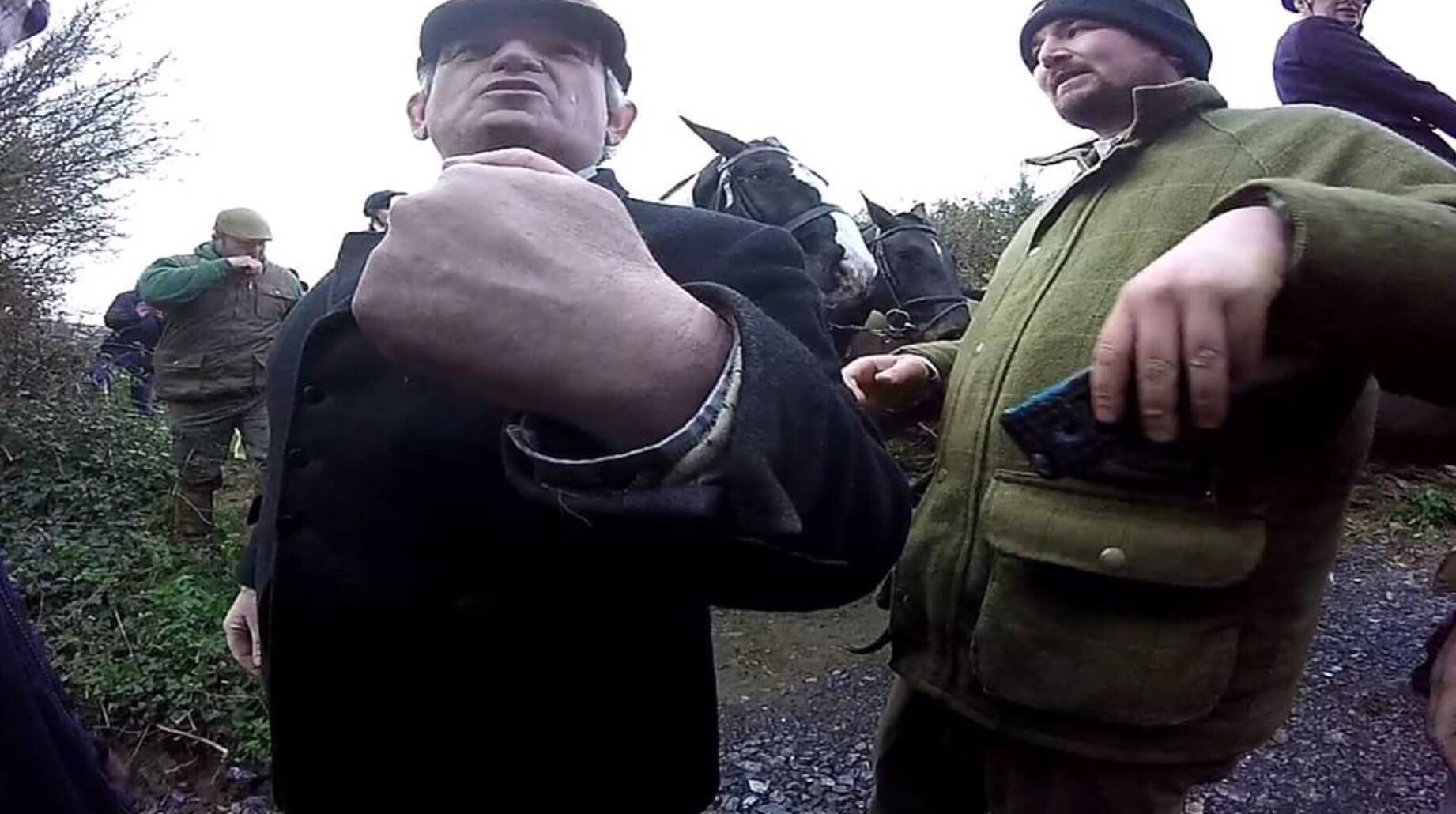 “A Hunt Saboteur is in critical condition after being punched to the ground and ridden down by members of the Dart Vale and South Pool Harriers. The huntsman from the hunt was present and involved in the attack. Cameras and radios were stolen during the attack.

Saboteurs had been following the hunt when a small group of three were lured into a premeditated attack. The injured sab was punched to the ground before being ridden over by one of the hunt horses. He is currently in hospital undergoing a CT scan and repeatedly lost consciousness after the attack. He also has a hoof print in his head.”