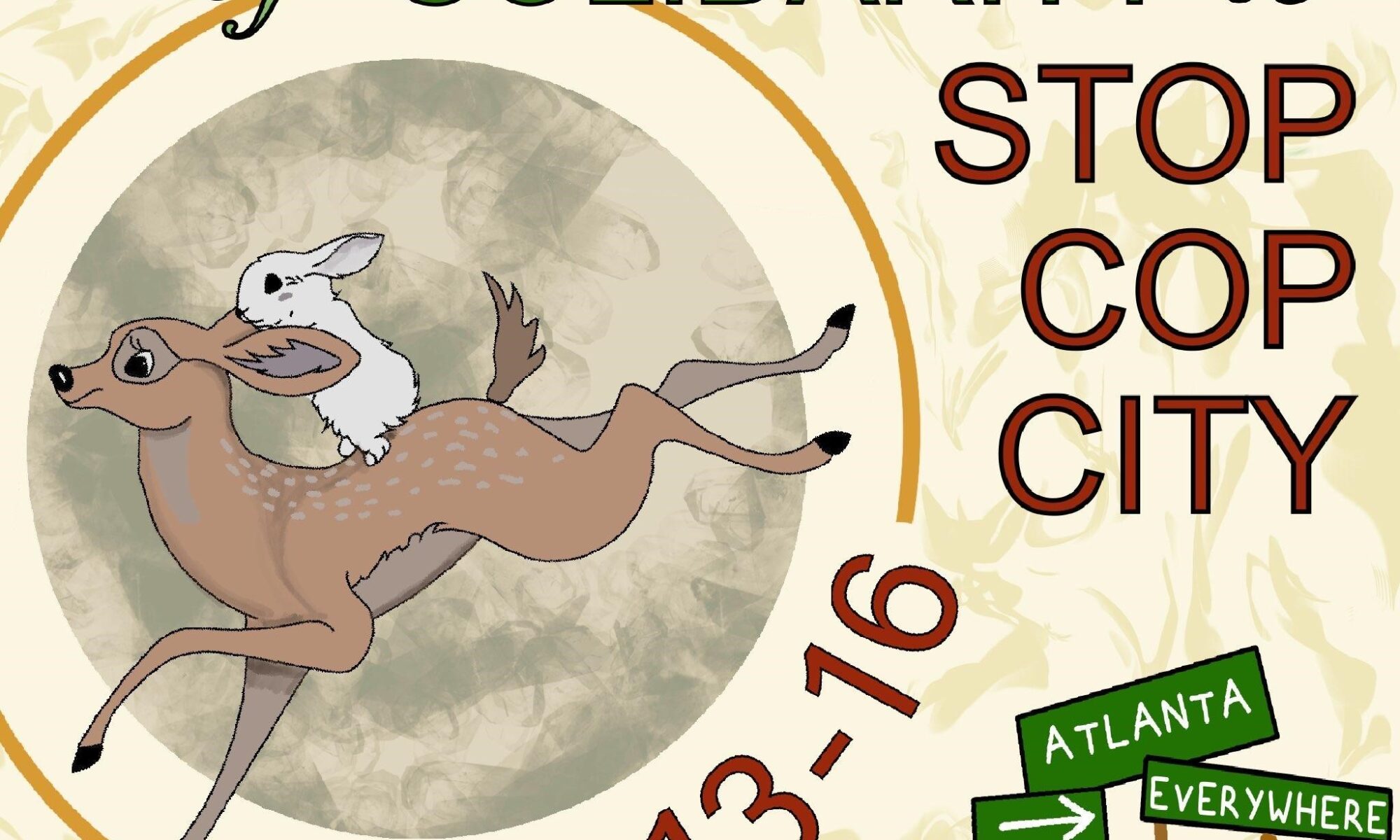 CALL TO ACTION
WHERE: Worldwide
WHEN: 13th-16th January
WHY: Cos fuck Cop City.

The fight to stop cop city from being built in the Atlanta Forest is in full swing, and with six people facing terrorism charges for tree-sitting, the movement needs to do a push for support from everywhere in the world.

“call for a weekend of solidarity with the Atlanta Forest to #StopCopCity. January 13-16th.

6 people are charged with domestic terrorism for tree-sitting, as police kill more people in 2022 than any year before, & the climate crisis rages.

We can all take action for our future.”

Be it a solidarity gig, a banner drop, a protest, an event or whatever your imagination can muster, there is a call to action to support the fight against Cop City which we all can partake on worldwide.

Meet with your friends, plot and organise! Are you busy already during the weekend? Make a banner and send a solidarity picture! Whatever it is, show up and tell both Blackhall Studios and the Atlanta Police Department to go fuck themselves.

Send your action reports, photos or words of solidarity to: [email protected]

THE WILD BITES BACK!