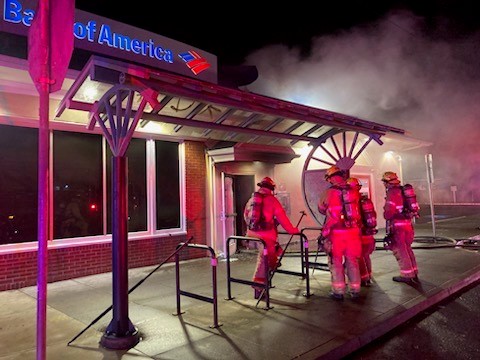 “Last night I broke into a Bank of America in Portland, Oregon and started a large fire. According to news reports, the fire grew quickly and took firefighters more than an hour to extinguish.

I attack for revenge against capital for the hell it creates, to break the illusion of police control that usually protects it, and just because I can.

Bank of America funds the Atlanta Police Foundation and a thousand other projects of control. Earlier that day, the six friends in Atlanta charged with “domestic terrorism” were released from jail. May this fire bring them some warmth in winter.

One Reply to “ANARCHISTS SET BANK OF AMERICA ALIGHT IN WARM SOLIDARITY WITH ATLANTA FOREST DEFENDERS.”