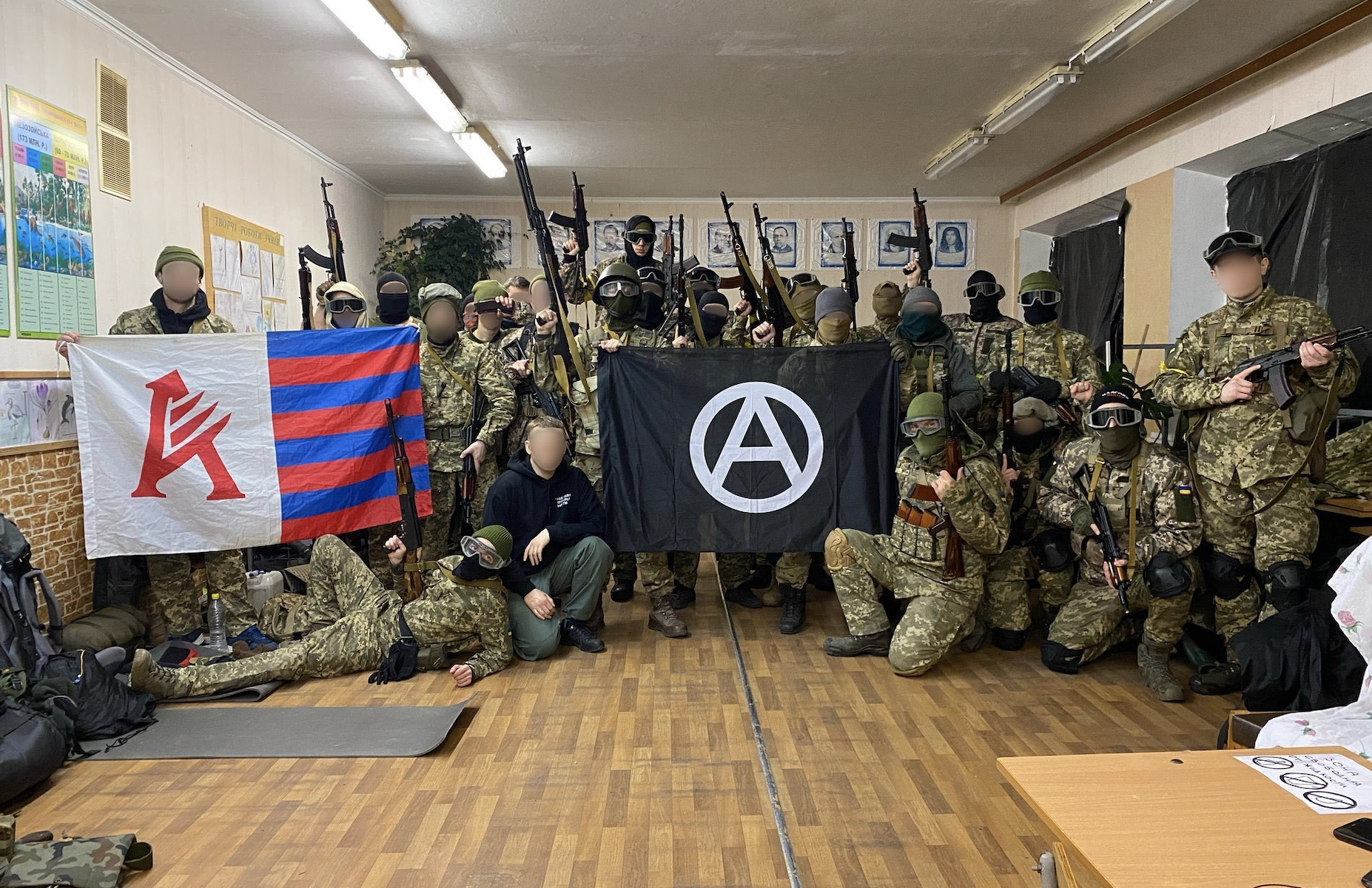 A few weeks ago we covered the Resistance Committee, a collection of leftist and anti-authoritarian militia groups fighting in Ukraine’s Territorial Defence Units against the Putinist invasion. We’ve caught up with them with some questions about their work and bringing ecological anarchist politics to militant resistance.

In the West, it is easy to deride those who choose to fight in the Ukrainian state forces against Russia. Who would want to lay down their life for a capitalist, oligarchic state? The Resistance Committee told us, “We are aware that Ukraine itself is an arena of fight for social justice. And those forces that really dare to have a considerable role in [that fight] should assume their reputation in defensive resistance”. This brings to mind the anarchists of the Spanish Civil War, who would not vote in the elections of the Republic, but came together to fight the fascist coup that threatened it

Of course, war not only leads to the death and displacement of humans, but also the destruction of ecologies and wildlife. There is a necessary tension for an ecological anarchist fighting in a war with bullets and machines. The Resistance Committee pointed us in particular to the Ecological Platform, an avowedly ecological unit under their umbrella. The Ecological Platform regularly post on their Telegram channel about the work they do, but also the necessity to fight this war in order to stop ecocide. Pacifism is well and good, and the manufacturing and selling of weapons is clearly one of the most lucrative and destructive industries that is propped up by state power, but Ukraine losing this war to Putin will only serve to escalate global militarism, and capitalist industrialists across the world will be the only ones to profit.

The Resistance Committee pointed out that they get very little support from the Ukrainian state. Apart from a rifle and basic rations, they are left to fundraise and gather their own supplies. Especially as the Ukrainian rations are rarely vegetarian, let alone vegan, this includes relying on the solidarity of supporters both in Ukraine and abroad. It shows how these anarchist units are hardly in the pocket of the Ukrainian state, and that when it comes to collective militant self defence, the only people we can rely on is each other.

In fighting this war, Ukrainian anarchists and their internationalist comrades are bringing together unique experiences in collective self defence and solidarity. When this war is over who knows where that experience will take anarchism in Ukraine?

As winter starts to bite, the Resistance Committee is fundraising for chemical warmers and winter clothes. You can support their struggle by donating in the following ways: