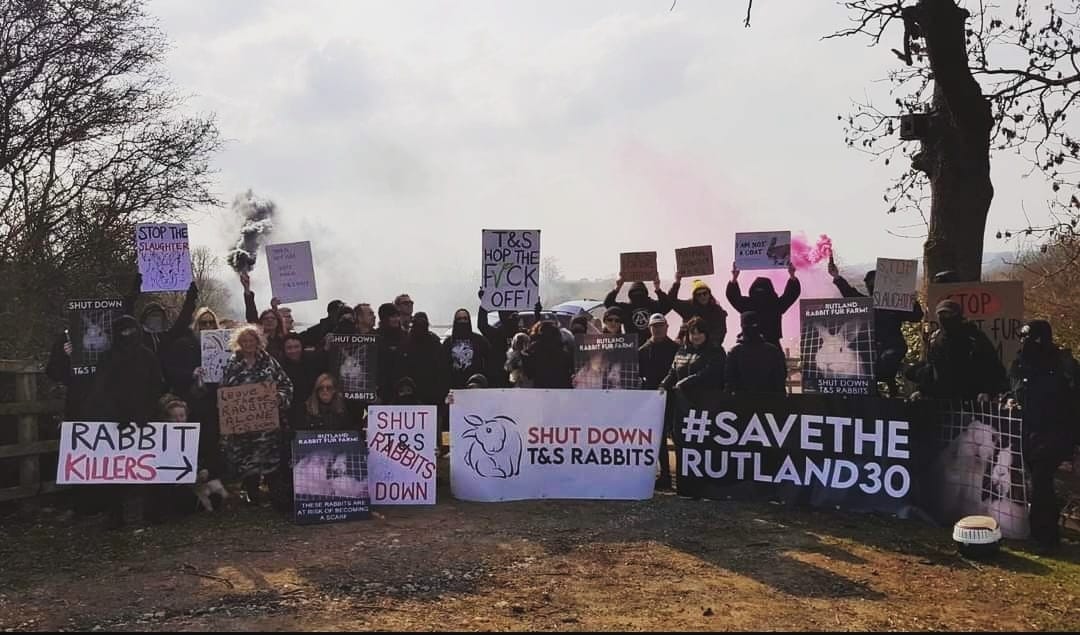 During the campaign to shut down Phil Kerry’s T&S Rabbits farm, folks organised a demo outside one of his farms. That particular demo heated up, and some of the people spontaneously decided to run in and take the rabbits away from the farm in the middle of the day. They would coin the date as Operation Easter Bunny on a later report.

A few activists were arrested during the demonstration, and even though they were outside of the perimeter of the farm, they were accused of theft.

On Wednesday 7th of December five people have a plea hearing in Leicester Magistrates (UK) at 11am. They would be glad to see support by the entrance of court, so if you can make it, go show solidarity!

That day saw thirty rabbits liberated from a fur farm in broad daylight, in front of a very busy nature reserve. Whilst the folks arrested might’ve not set foot onto the farm, there is no doubt that every single action, every effort, every demo and every placard played a crucial role to shut down T&S Rabbits for good.

Please show as much solidarity as you can for the Rutland 5, and if you cannot travel to court on Wednesday, ensure you leave a few encouraging messages on the comments below. Do remember that they have not been convicted of theft and that your comments should not imply that they are guilty of anything but caring for the Rutland bunnies.