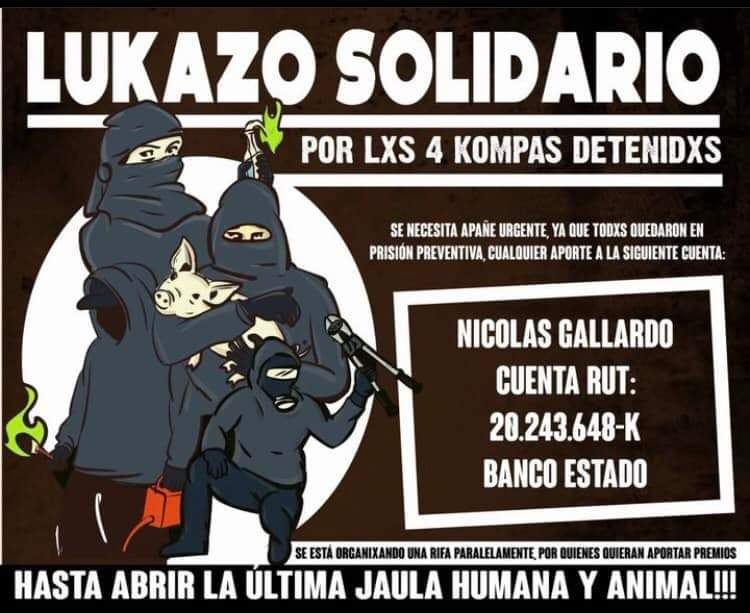 On the 18th of September the world woke up to the news that Grupo de Respuesta Animal had struck again in Chile, this time against a meat packaging facility that had been set alight. A few weeks later, GRA released a communique explaining their action:

Two days ago we heard the news that chilean police had made four arrests in relation to that arson, claiming that the mobile phones of four people had been pinpointed into that location on the night of the action.

Today, the four comrades faced a judge, who has sent them to prison without possibility of bail whilst the cops investigate the case. They have not been charged and the filth could very easily be making up the evidence they’ve used to convince the judge to lock them up, but their case will be up for review in 70 days and until then they will remain behind bars.

Comrades in Chile have started to organise and donations as well as addresses for letter wirtting will be made public soon. We will publish those promptly after we have been made aware of how you can support.