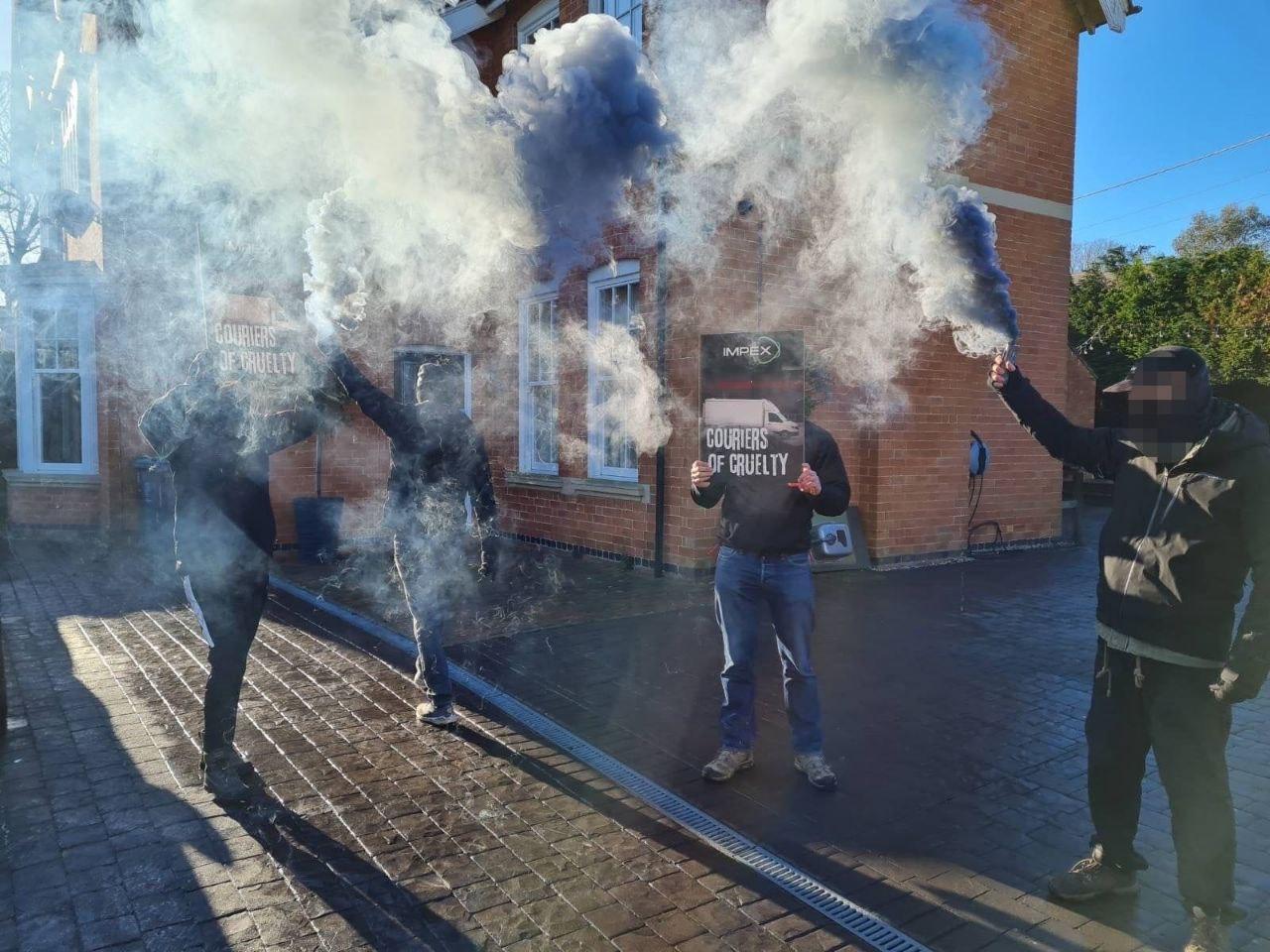 “Whilst a demo was being held on Tuesday 18th January at Impex Services International Ltd in Thrapston some activists were tipped off by angry locals as to where company director Russell Phillip Morgan lived and decided to pay him a visit.

Thanks to the £80k Porsche he drives with personalised number plate R55 RPM his large house was easy to find behind electric security gates on Toll Bar Road. Despite pressing the buzzer it appeared Russell felt a little shy so activists jumped the gate and walked up to his front door to tell him his vile business transporting animals to their deaths is not welcome in Thrapston and never will be.

Once at the door neither Russell nor wife Amy would answer but instead tried to hide inside, activists held up signs and set off smoke grenades and made sure they both felt some intimidation for what they put animals through every single day in order for them to live their privileged lifestyle.

If you’re reading this Russel, we will not stop until Impex closes down for good, the high life is over, it’s time to close down your disgusting business once for all. “