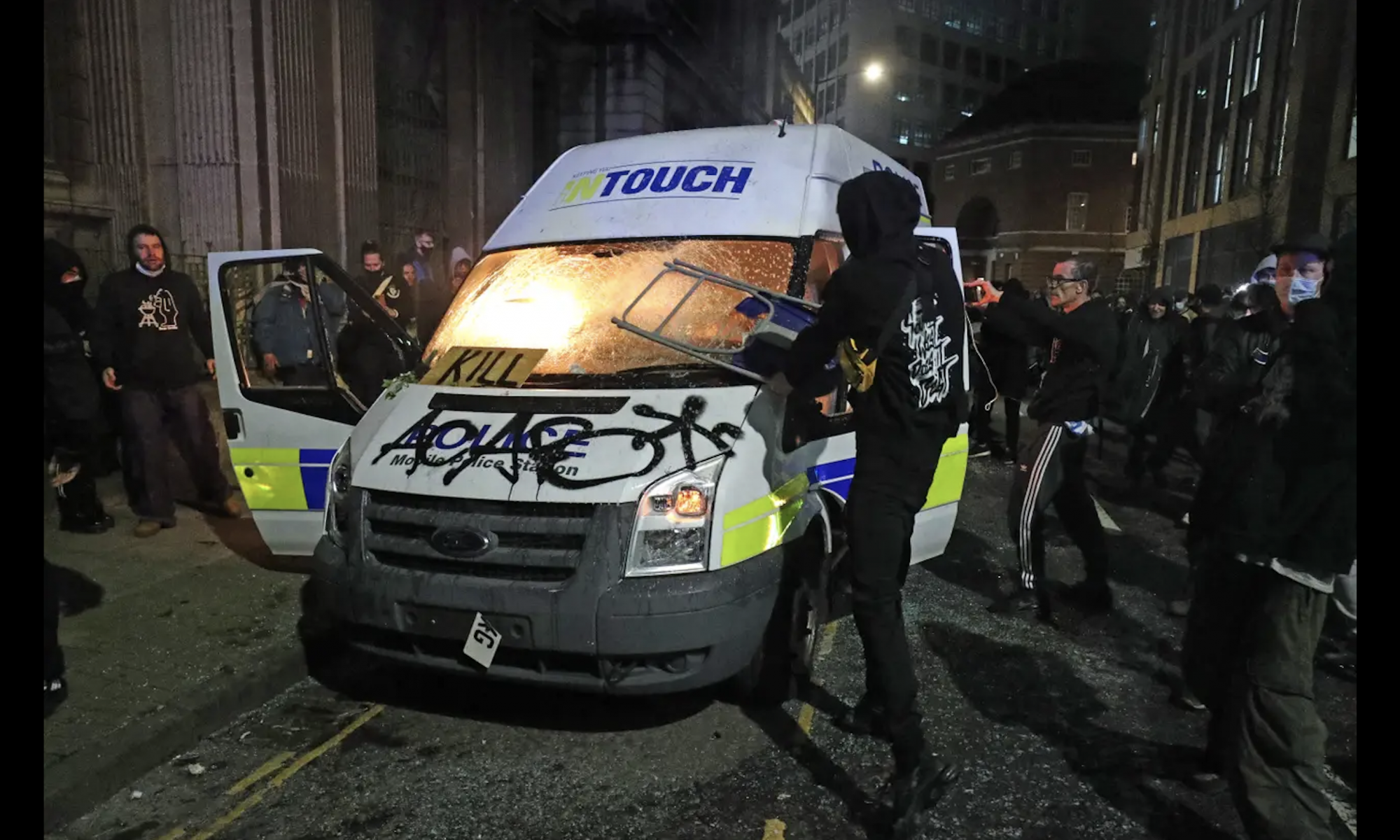 Folks in the UK have been tirelessly fighting the Police, Crime, Sentencing and Courts Bill, a piece of legislation being pushed through that would drastically impact people’s right to protest legally. The bill gives police increased stop and search powers, it gives prison sentences for ‘locking on’, it criminalises trespass which will greatly affect the Gypsy, NFA, traveller and hunt sabbing community who already experience regular police harassment. It even gives the police the power to give ASBO like orders to protestors, regardless of if they have committed a crime. These orders aim to remove the freedom of speech and assembly of certain individuals and could ban them from seeing people or even sharing stuff online.

Bristol has been at the centre of a lot of resistance to this terrifying bill. On the 21st of March 2021 at a Bristol Kill the Bill demo, just weeks after the arrest, rape and murder of Sarah Everard by a MET police officer, the protest erupted into a clash between protestors and police. The police dressed in full riot gear started hitting protesters round the head with batons and people took action to defend themselves and fight back. A cop shop and police vehicles were also targeted with windows smashed and vans set alight. Many arrests have been made since with some facing serious riot charges.

On Friday 30th of July, five ‘Kill the Bill’ protesters were collectively sentenced to over 14 years in jail. On the 9th of September, one person was sentenced to over 4 months for simply stealing a police officers hat. It is clear the police and courts are doing everything they can to try and repress the uprising against this bill and severely punish those caught fighting back. One person alone was sentenced to 14 years in prison for their part in the protest.

Bristol ABC have a list of ‘Kill the Bill’ prisoners and their addresses so please put pen to paper and send these folks letters,. Let them know they are supported and you are proud of their bravery and resilience in taking a stand and defending themselves and others from the brutality of the police.

Yasmin, another ‘Kill the Bill’ protestor brutally beaten by police and facing prison time for the privilege will be on trial in Bristol Crown Court on Monday 31st of January 2022. There is a call out for court support and a demo will be taking place outside the court starting at 8:30am.

We send our unconditional solidarity and support to all those facing state repression as a result of fighting this oppressive bill.

For more information regarding how to support ‘Kill the Bill’ prisoners check out: https://bristolabc.wordpress.com