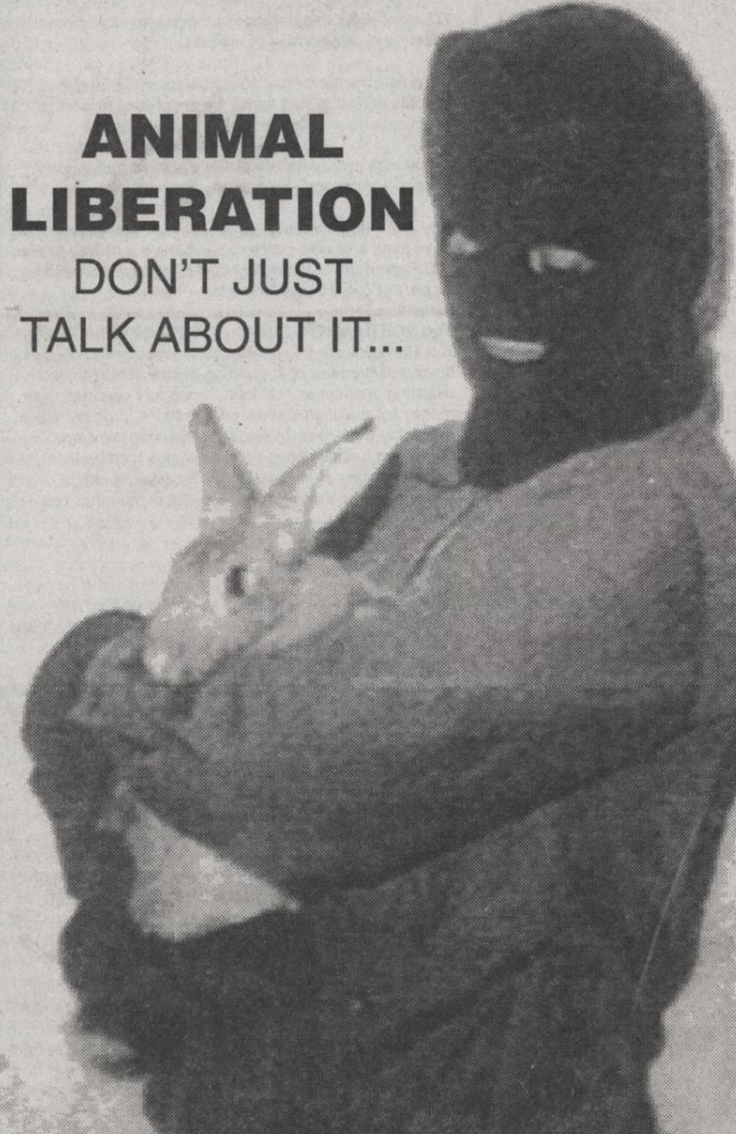 During the holidays a lot of new people found us on the internet and we believe there is a need to explain who we are and what we do. We have written a few short posts that will help new people know what we are up to and why we are here!

Unoffensive Animal started a little over five years ago as a platform to breach the gap between direct action for animal liberation and the fast-growing number of activists using social media. We felt there was a need to collect reports from the Animal Liberation Front and other groups and show them to folks who were organising above ground actions on social media but maybe were unaware of a whole other world outside of Facebook!

We set off with two objectives. To radicalise (that is, to bring it back to the roots) animal liberation activists by exposing them to direct action news and anarchist concepts, whilst putting effort into elevating animal liberation concepts in the anarchist discourse that we felt was hugely missing.

So we are anarchists (shock horror, we believe that the current system does not allow anyone to be free) and anticapitalists, we firmly believe in animal liberation as part of a much broader struggle for the betterment of our societies and of the earth we inhabit and we think that direct action is a very good tool to use in order to fight back against oppression.

We believe in total prison abolition and in the creation of systems that allow for conflict resolution and restorative justice. No one is free until all are free!

So you can see Unoffensive Animal for what we truly are, an unapologetically radical press and media platform, heavily dependent on the information submitted by people who read us that is trying to add a little dressing to the salad that is total liberation.

In future instalments, we will explain how we operate and how people can get involved, but until then;