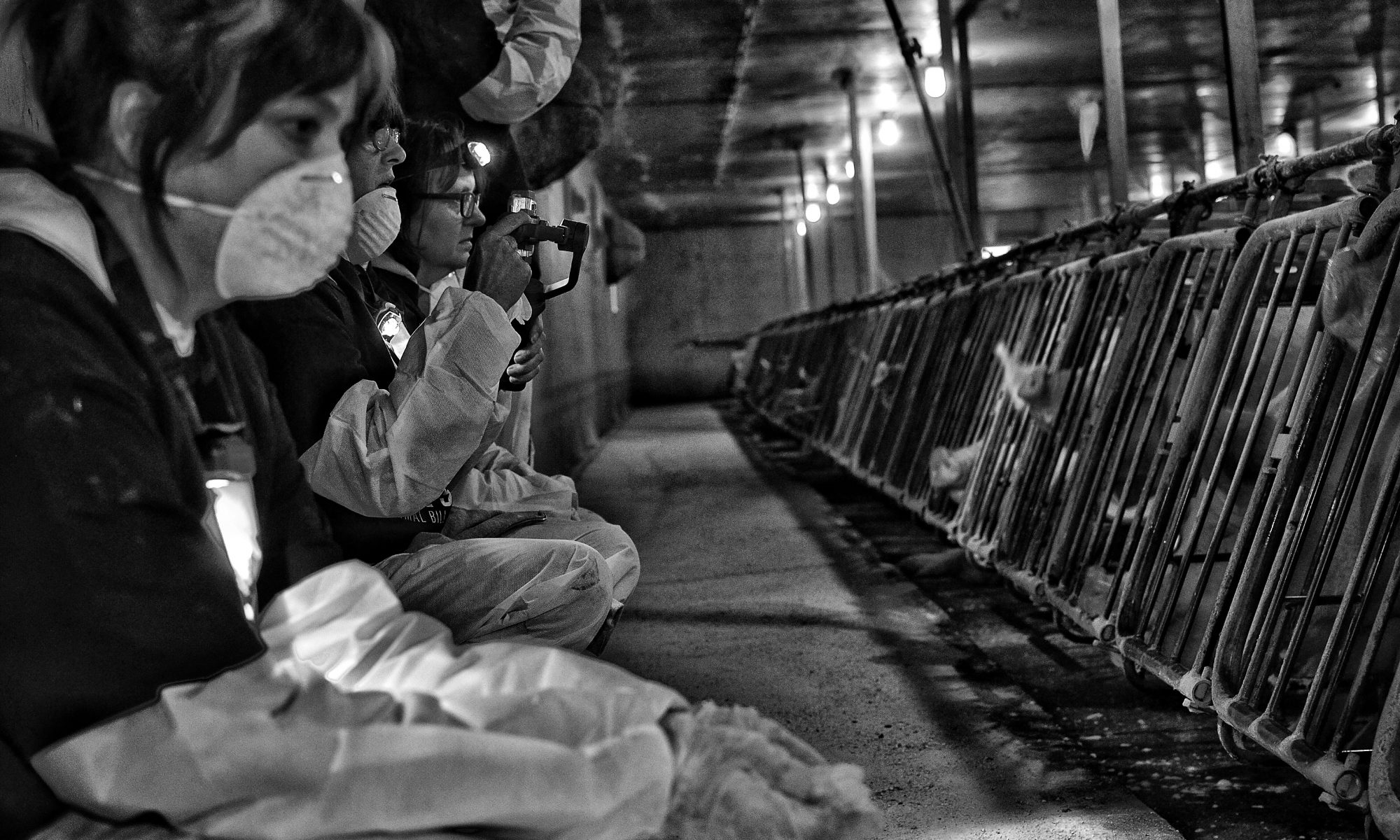 Porgreg was a farm in Canada set up in the 80s that was able to exploit up to 3500 pigs at any one time. In December 2019, a group of twelve activists decided to occupy the farm, demanding that the conditions of the pigs be publicised. What they found inside was nightmarish. The farrowing crates were littered with dead and decomposing piglets. The fattening pens, swimming pools of shit and piss. Pigs had nowhere to be warm, or dry, and their food simply sunk into the puddle of their waste.

The group of activists occupied the farm for six hours, asking the press to come in and film the conditions of the place. The police did not care and arrested all, charging them with breaking and entering and impeding a police officer.

After the action, the footage obtained was publicly released, causing a huge ripple effect. MAPAQ (the Ministry of Agriculture in Quebec), had never once inspected the Progreg farm in their forty years of existence. They visited the farm just a week after the occupation for the first time since the farm had opened.

Investors lost trust and pulled out. Meanwhile, retailers decided they were no longer going to buy pigs that were reared at the farm.

During the action’s trial in October 2021, which lasted seven days, the farmer explained; “we can no longer profit from farming pigs and had to close down”.

The activists will receive their verdict (and possible sentencing) on the 24th of February. We will make sure to cover what the results are.