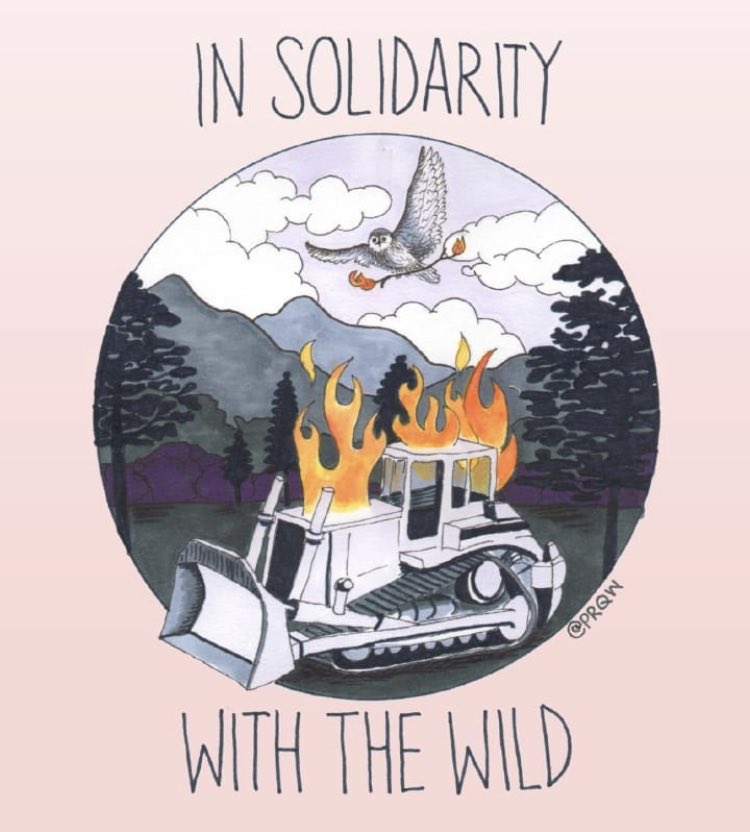 Defend the Atlanta Forest is a campaign aiming to stop the destruction of the woods and the development of the wild in Southeast Atalanta’s forest.

Atlanta was built within a forest. The forest in Southeast Atlanta is home to wetlands that filter rainwater and protest against flooding. It is also the last breeding ground for many amphibians in the region and an important migration site for wading birds.

Since then, Atlanta Police has used the grounds as a firing range.

Now, new plans by the filth have been announced, where 300 acres would be destroyed to then build a “mock city” to practice police operations. You know, because they do not have enough with abuse on the streets, they need to prepare even harder to assault, mutilate and murder people.

Another 170 acres are planned to be destroyed by Blackhall Studios to build an airport and erect the biggest sound stage in America, further fuelling Atlanta’s gentrification.

People have said no, and they are saying no loud and clear. There have been demonstrations, mass email/phonecall days, but also shows of resistance in the form of direct action. From windows smashed to bulldozers vandalised and even arson, people have found ways to slow down the process and to show defiance against the capitalist jaws that want to engulf the forest in the name of “development”.

You should follow this campaign closely and show support from wherever you are. The companies involved are multinational empires that can be targeted in a plethora of ways.

The only thing stopping you is yourself.

Donate to the campaign here: https://opencollective.com/forest-justice-defense-fund

Also, Scenes From the Atlanta Forest is a good resource to keep an eye on what is happening with the campaign: