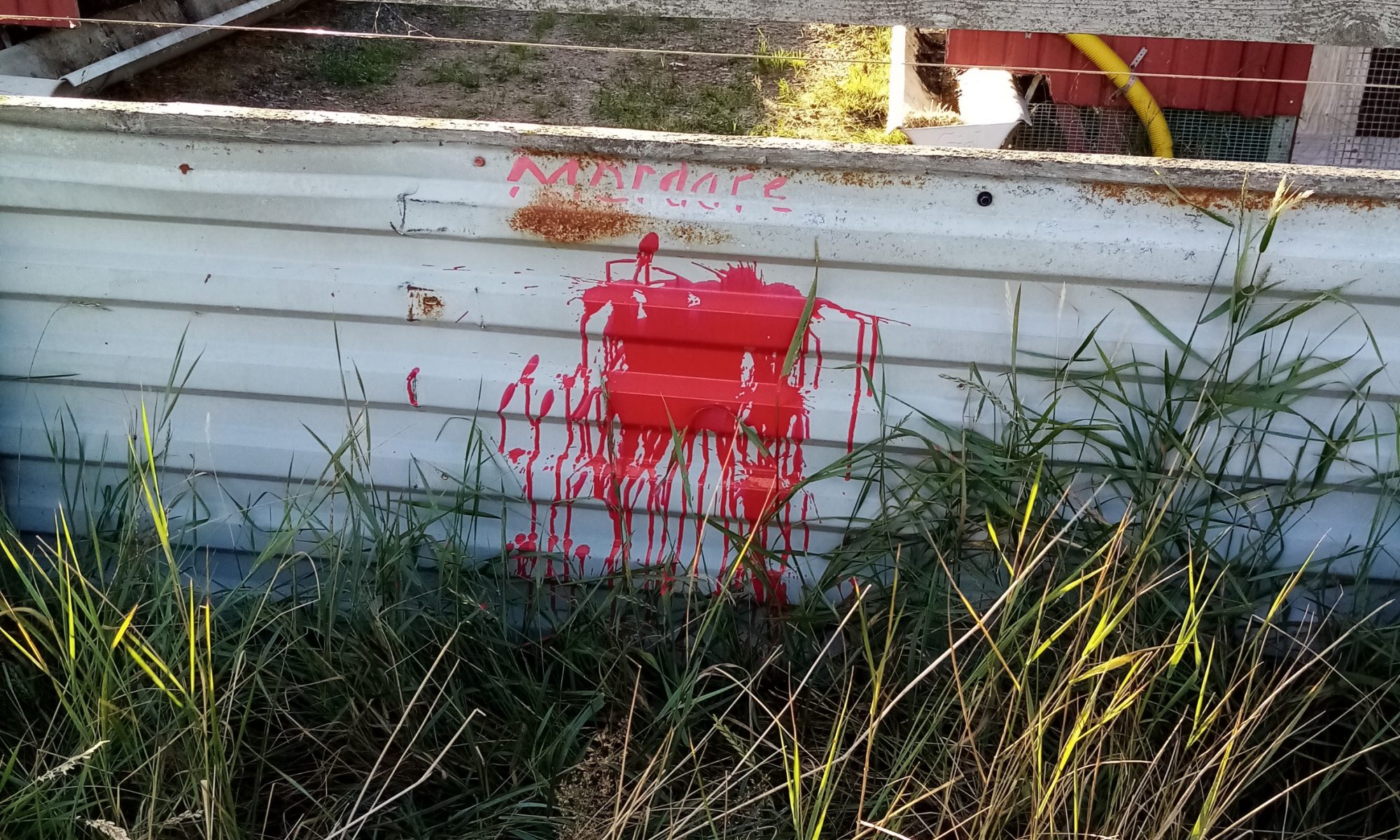 They were sentenced to two different crimes. They accepted the charge of vandalism at a mink farm, where whilst at a demonstration they painted the perimeter walls with “murderer” and splattered paint around. They were also accused of the liberation of a rabbit in a rabbit meat farm where ALF stickers and spray painting was also found. They maintained their innocence concerning the rabbit liberation, but the judge decided they were responsible for both of the actions.

They have also received a non-custodial, suspended sentence.

The comrade is not someone who can afford this fine. Whilst talking to them yesterday, they said that they were looking at taking a fast loan to pay for it and this is not something that we as a community should ever allow. We are all one, and we all will fight back against the injustice of the so-called justice system.

We know that 10000 SEK is a lot of money, and we know that not one single person can donate the whole amount, but we have a month to fundraise and we have no doubt that in between everybody that follows Unoffensive we can raise enough funds to help cover that fine and avoid a comrade fighting in the frontline to have to get into sticky situations taking loans with a horrible capitalist business that without a doubt will charge them a huge interest for it.

So please, if you have anything to spare, send a few coins. If you don’t, please reach out to everybody you know. Tag folks under our social media posts, ask them to help, interact, comment and send love to the comrade. We will constantly update the money raised and will ensure to let everybody know as soon as we hit the target of 850 GBP.

You can send a coin, or two, or a hundred over PayPal: unoffensive_animal(at)tutanota.com

We also have bitcoin and monero wallets, that can be found over on our website.

Simply write a little note on the donation saying “solidarity with our Swedish comrade” and we will ensure all money is put aside and sent to the person as soon as possible.

Solidarity is our biggest weapon. Let’s win this battle.