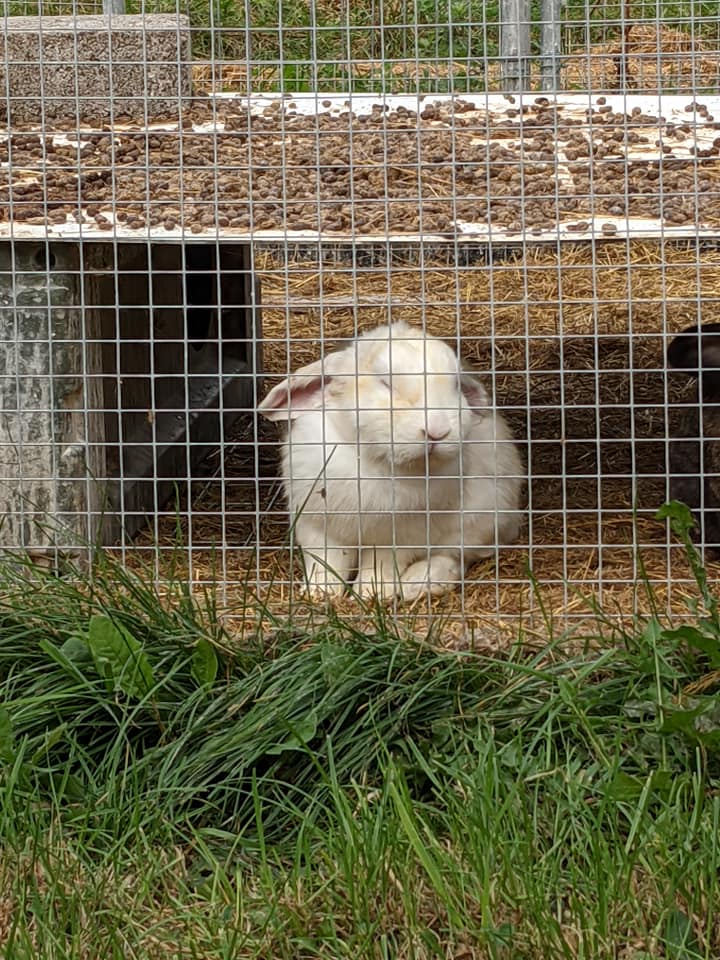 Welcome to The Frontline, a new series showcasing campaigns from around the world. As always, Unoffensive Animal encourages submissions. If you think a campaign should be featured, reach out! You’re welcome to make suggestions but you’re encouraged to draft stuff too, no one knows your campaign better than yourself! From animal liberation to eco struggle and social campaigns, everything is welcome!

T&S Rabbits is a British company farming rabbits for their meat. Legally speaking as they are not breeding animals solely for fur and rabbit pelts are a byproduct of their murder, they get away with the fact that they are indeed a fur farm in a country where fur farming was outlawed twenty-one years ago. They are also known to use their rabbit farms as a loophole to build brick and mortar houses in unspoilt countryside. They justify building non-permanent buildings to house farm workers, then they turn those buildings into mansions once enough time has passed. Then they move the farm to a different location and sell the property for a huge profit whilst feeding the sprawling monster that devours unspoilt and wild areas.

We have heard of T&S before as multiple direct action reports have been sent to Unoffensive Animal, breaking the news of fur farming in the UK and showing the conditions inside the farm, but direct action is not the only opposition that T&S has to face.

Rabbit Farm Resistance UK is a campaign fighting every inch against T&S Rabbits. They organise protests in front of the farms and they very efficiently monitor all planning applications that the company puts forward, ensuring that every time they ask for a new dwelling or permission to build a slaughterhouse or even to set up a new farm, they can call to arms and vehemently oppose the application, counting with hundreds if not thousands of objections every time Mr Kerry applies for something new.

And they are winning. In the past year, they have managed to shut down multiple applications in different parts of England whilst putting pressure on other government bodies to stop the activities of the farms that are still active.

In September they organised a demonstration in front of one of the farms that developed into a farm invasion. The only worker and resident within the compound retreated into their home, giving access to the farm and allowing the activists to document the conditions inside the farm. Those photos and videos would then fuel an even stronger opposition to the company as they were horrific stills of the torturous life that rabbits must endure awaiting their slaughter.

At the end of that demonstration, two rabbits who needed immediate medical care were given a new life, and both of them are recovering from the abuse and learning to trust others again.

If you are interested in this campaign you should check their socials.

Seeing the impressive work that the campaigners are doing there is no doubt that T&S Rabbits will end. The only question is when, and what are you going to do to make it happen faster!

Photo: One of the rabbits living inside a T&S farm.