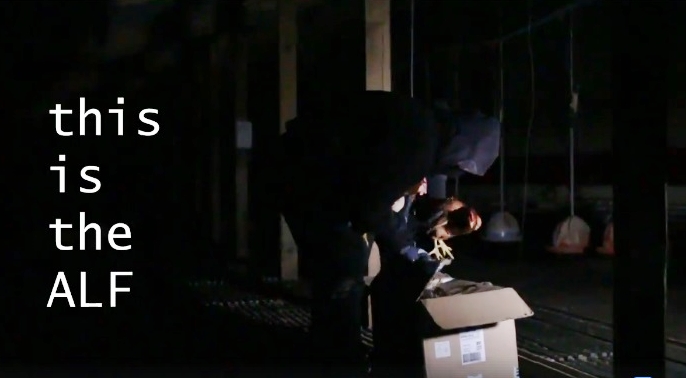 The 5th of November 2017, the Animal Liberation Front liberated one hundred egg laying chickens from a farm in the UK. As well as taking the hens out, the activists destroyed conveyor belts, desinfecting machinery and a whole pallet of eggs.

They dedicated this action to Barry Horne, who died the 5th of November 2001 after enduring a hunger strike whilst serving time in prison for his involvement in arson attacks against vivisection related businesses. On the walls of the barn the activists sent a clear message: “BARRY LIVES IN THOSE WHO FIGHT”

Today it is the 20th anniversary of his death so we thought it was a good day to bring back this action video, not only as a reminder of Barry’s legacy, but also because folks should remember that the fight is not over.

In Barry’s own words: “For some of us animal liberation IS a war that we intend to win… the tears are real, our hearts really do break and we ARE prepared to die for it, not just chant for it.”

You can read the anonymous report from the action here:

“Under the International Week of Action Against Speciesism, an egg-laying chicken farm in the north UK was sabotaged. Owned by James Potter, this farm supplies to main supermarkets around the country telling the fallacy of ‘free range’ as somewhat ‘not cruel’.

One hundred chickens were freed from their slavery, the machinery and disinfectants were sabotaged, all the eggs smashed and graffiti on the walls was sprayed on reading ‘EAT YOUR OWN EGGS’, ‘FUCK THE EGG INDUSTRY’, ‘BARRY HORNE, A LOVE WARRIOR’ and ‘BARRY LIVES IN THOSE WHO ACT’.

All hens are now safe and will live a life of freedom away from the exploitation of humans.

With this action, we would like to remember and give power to Barry. We do not forget and we do not give up. The Animal Liberation Front is only growing. We will fight against speciesism and we will extend our love and power to anyone oppressed by this system.

For a truly anarchist revolution,

against animals being used as commodities.