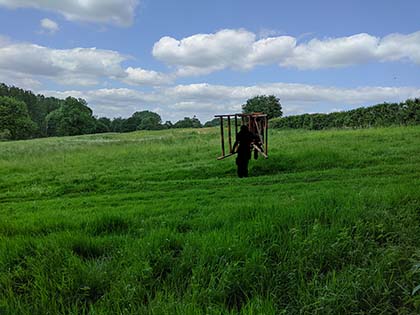 “on 12th June we headed to Stutton shooting estate in Suffolk

we picked this date because it coincides with the birthday of our comrade Annna Campbell, who was killed by the fascist Turkish state while fighting for liberation in Rojava

many of the woods were thick with undergrowth, while release pens already lay dismantled

that’s good. our job was done for us.

but we found two shooting high seats and an old fox trap. we made sure they wouldn’t be used again

solidarity with everyone facing the horrors of the new policing bill, and all those fighting against it