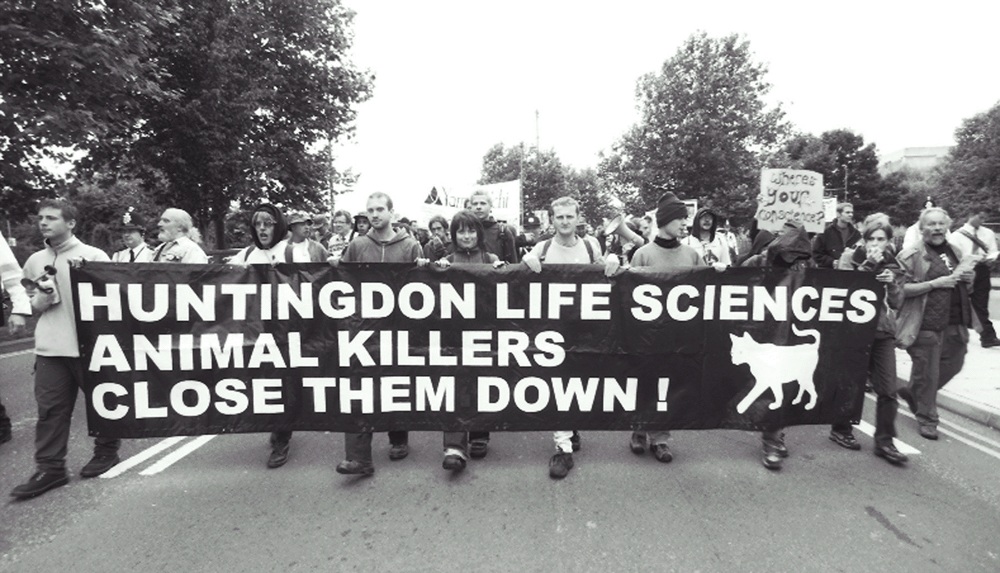 After a relentless campaigning against HLS that bright them to the ground an anonymous donor bailed out HLS in 2001.

Whilst HLS believed this to be a saving move, people did not feel deterred and kept fighting.

In this ALFriday, you can watch a collection of news clips from different British TV reports on the demonstrations just after the donor saved HLS from bankruptcy.

Historically, the determination to shut HLS is one of the biggest and strongest emotional drives that the animal liberation movement has had. Even with the media against them, SHAC was able to gather more and more folk who fought against vivisection with a huge plethora of tactics.

Today, HLS still operates under the name of Envigo, worldwide.

Not that long ago, footage from the situation in animal laboratories in Spain surfaced, resulting in a new campaign called Rescate Vivotectnia.

What will it take to bring vivisection down? And how are you helping in order to achieve their liberation?