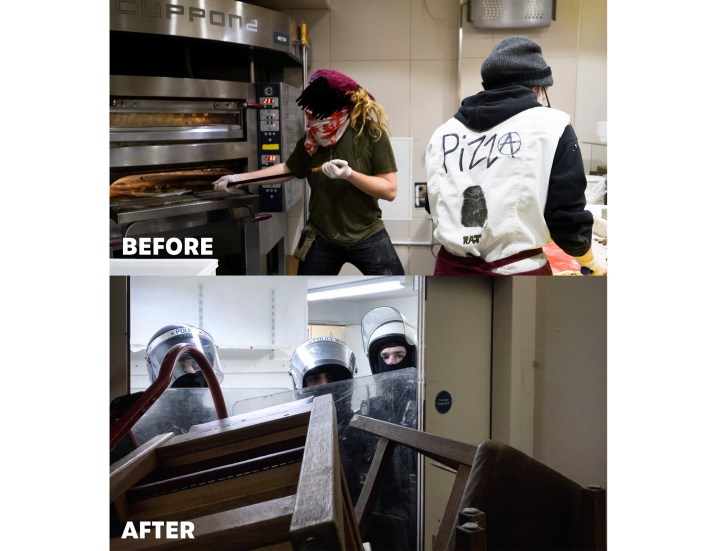 We’ve been eagerly watching people fight back against the English governments push to increase police powers. Their blatant attempt of mass repression has not been taken lying down. As the powers that be are trying to snuff out protest it seems they’ve instead ignited the flames. Hunt saboteurs, travellers, feminist collectives, blm and so many other groups are pulling together to fight back. Today we thought we’d highlight this creative action.

On the 23rd of march rats from @resisting.anti.tresspass squatted a Soho pizza restaurant. They did so in an act of protest against the ‘Police, Crime, Sentencing and Courts Bill’ which seeks to criminalise tresspass in the UK. They made and distributed free pizza to the community despite receiving constant police harassment.

On the 25th of march, after the fabrication of a ‘gas leak’, riot police forced entry, beat people unconscious and arrested the four people inside.

Long live the rats and everyone’s right to access the land.