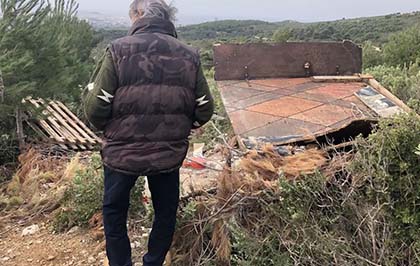 In February, a dozen glue-trapping* locations and hunting stations were destroyed in a single night in and around Marseille. A couple weeks earlier, similar vandalism was reported in Vaucluse and Var. According to media reports, anti-hunting messages and the ALF logo was found on site.

*In March 2021, the barbaric practice of trapping birds on glue-covered sticks was declared illegal by the European Court of Justice.