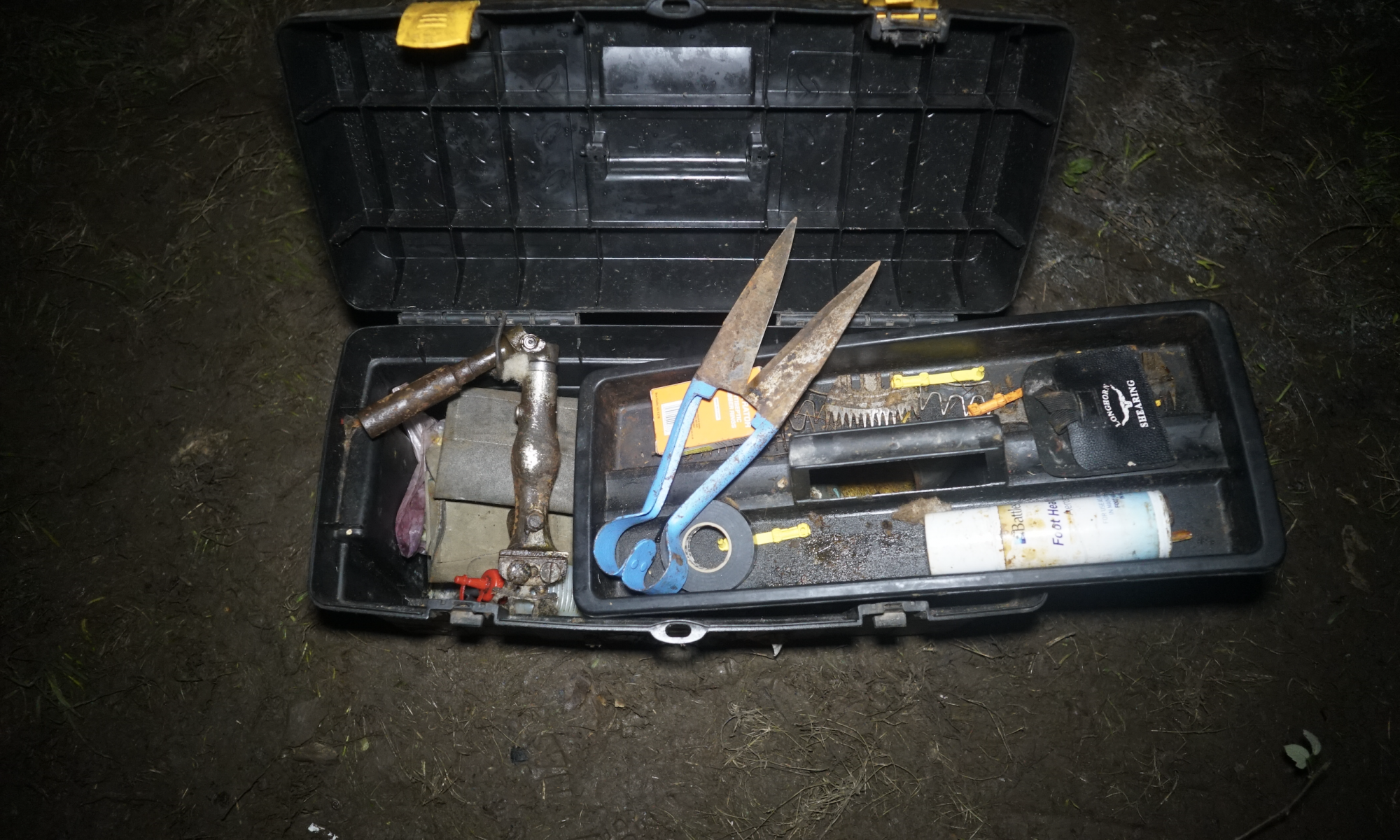 “Whilst out and about we realised that a sheep shearer in Somerset didn’t give a fuck about spring shearing and was cutting and nipping sheep to rip their fleeces off well into November. We thought it would be a good idea to stop it. Their toolbox containing electric shears, blades and other menacing bits such as castrating bands was stolen. Some useful bits for our rescue first aid kit were also seized. The coils for the shears and other tools that were too heavy to take were cut and destroyed. The mountain of bags full of wool was cut open and painted.

As the shed was full of many other useful bits we took a few cordless power tools in the process. Some might be useful on future missions. Some others can be sold to fund fuel and equipment. Bad day for the animal abuser who lost thousands of pounds thanks to an easy night stroll.