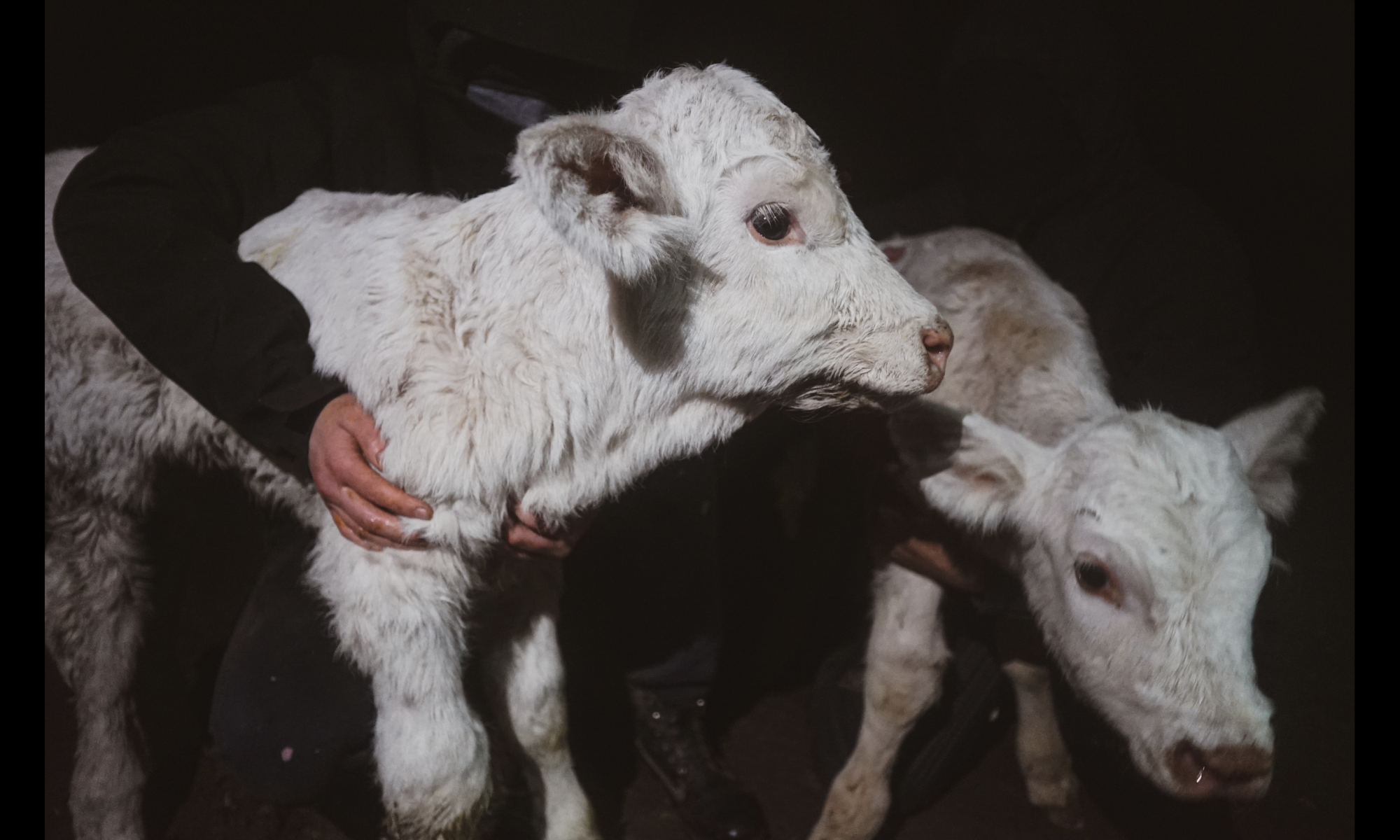 “The countryside is full of scum and death. After finding and destroying badger cages around a particular farm in Somerset we decided to get a closer look. Right next to the house we found two calves dumped like rubbish in the mud with a load of other discarded items. Shivering, malnourished and covered in their own waste they were scared and in pain. We’ve had to walk away from so many suffering animals but we couldn’t abandon these two. We made plans and came back for them under the cover of darkness. But they were gone. We searched but heartbroken we had to leave, afraid we had come too late.

But we couldn’t stop thinking about them and in the daylight returned again to cover more ground. Eventually on another part of the farm, in a small smelly hutch, we caught sight of them. Again we waited and once the farmer was fast asleep we took them away. We had to leave many other starved calves but these two escaped. They’ve got the medical attention and the food that their little bodies desperately needed. They will grow strong and survive an evil industry that others only leave through the slaughterhouse.

We are watching every single badger killer and we have no problem taking action. If you are an animal exploiter, expect us.

Dedicated to Richii, still in prison. We are fighting for you.