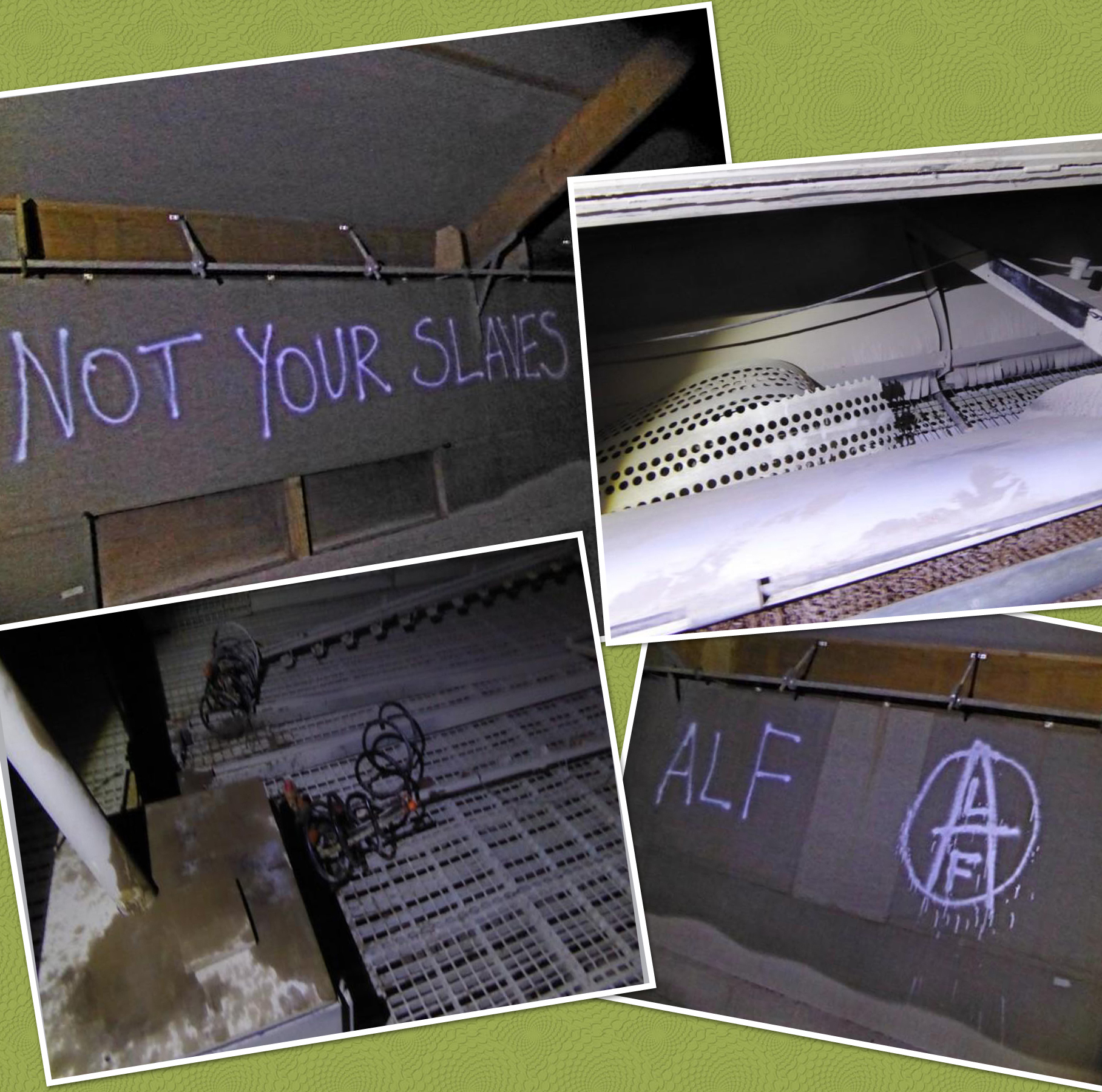 “We visited an industrial egg farm; there were usually thousands of hens inside. This time the barn was empty of birds. Hens live a short life before egg production slows, then they’re sent to slaughter. It looked like the F’harmers were getting ready for the next batch of slaves to exploit.

This was the perfect opportunity for a bit of financial sabotage, with the barns set up with expensive machinery and no chance of causing casualties to any hens….

There’s many ways to fuck up animal exploiters, stinging them economically is an effective strategy. Hitting them again and again. Letting them know what it feels like to be vulnerable, scared and ashamed of the work they do, until they shut down, that’s the aim.

Get active, go out and hit your local animal abusing business and smash fuck out of their profits! Don’t let them remain comfortable while they profit from murder. Get creative and don’t forget to post your hit reports…let’s see what you’ve been up to, let’s inspire each other. If we want to see liberation we’ve gotta work for it. Let’s scare the fuck out of them!”