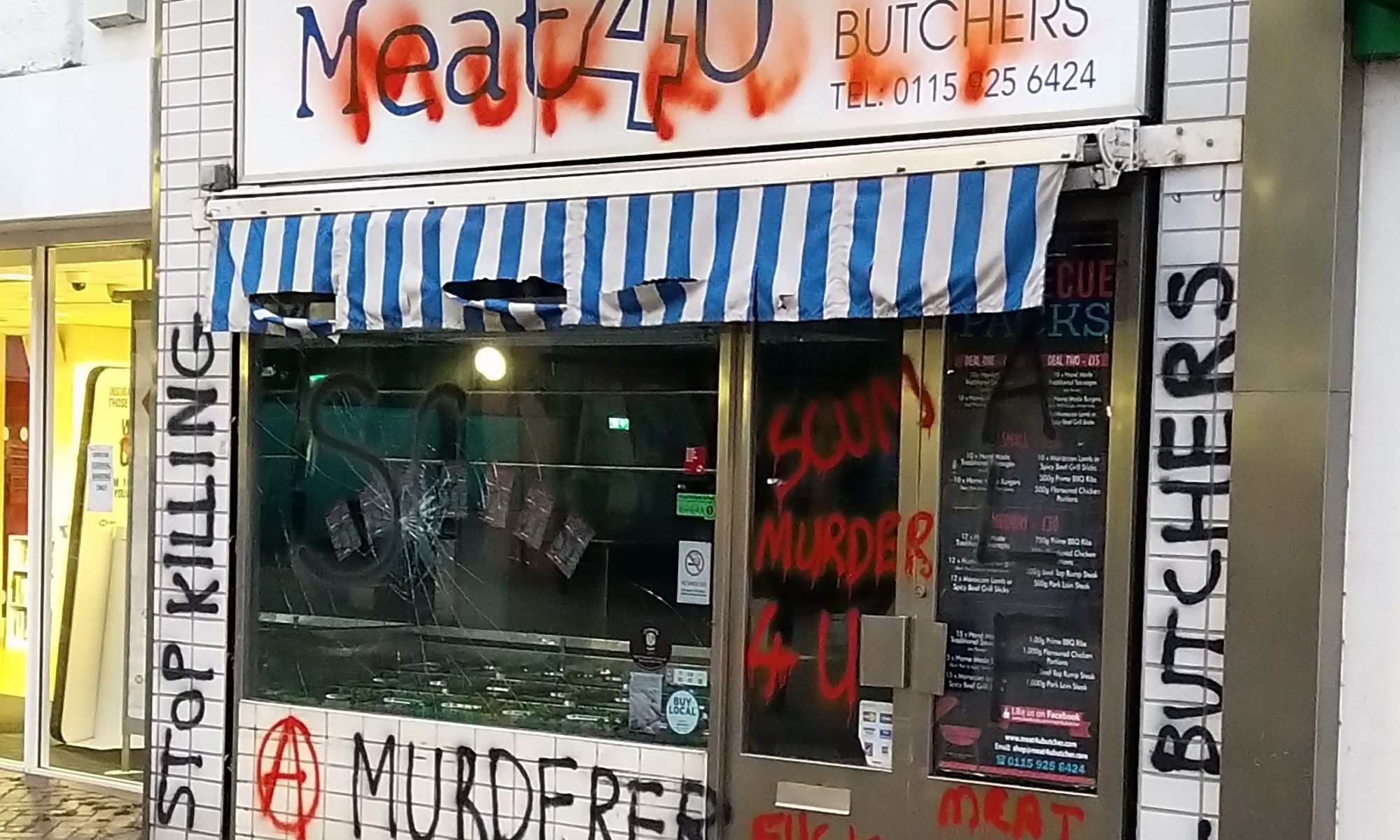 “Tonight we decided to take our allocated daily exercise at 3am, with spray cans, glue, a knife and a brick on our person.

3 humans clad in black arrived at the butcher’s shop, masked and aware of the well lit area surrounded by cameras and residential homes. This seller of animal carcasses also backed on to the local cop shop but we just couldn’t resist the open glass front with no shutters. This sick fucker needed a visit.

One of us began to spray slogans whilst one sat on the shoulders of another to reach the high areas. This was an act of economic sabotage and the priority was causing as much damage as possible. The glue was used in the lock and around the edges of the door. The awnings were slashed with the knife. Every part that could be damaged, was. This is going to cost them, their scummy choices in life should cost them.

The final step was a hefty throw of the brick towards the glass front, and as the smashing sound of broken glass filled the air we legged it.

Economic sabotage is a really important tool in the arsenal of animal liberationists. We need to hit these scumbags on every level and destroy the businesses that profit off the killing of animals. By smashing their glass we are smashing their profits.

Anyone can do this. The reason we post these actions is to inform and motivate others to do more. If we hit these industries at every level and consistently their insurance goes up and ultimately insurers won’t want to touch them.

We also send a clear message with these actions.

Don’t fuck with the animals. Or we will fuck with you.”