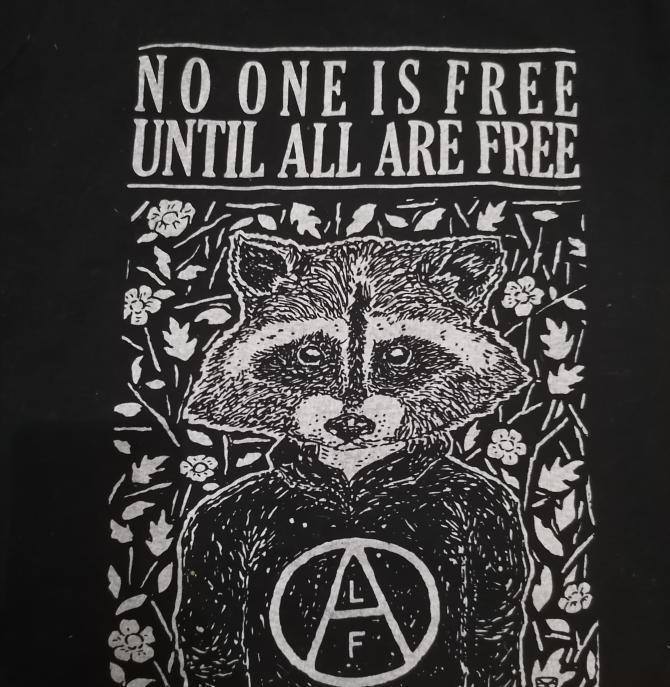 Read below an open letter that some humans who went to prison after the SHAC campaign want people to read. This is an important change in legislation that everybody should be aware of and actively opposing. Share far and wide, contact the media and start working towards stopping this backwards law.

“In a knee-jerk reaction to an act of terrorism, anti-terror measures are being introduced in the UK which will end automatic release (EDITOR’S NOTE: automatic release is a measure in the UK ‘justice’ system that releases people serving prison for the first time half way through their sentence) for terror offenders and will also apply to animal rights prisoners. It is a dangerous and slippery slope when non-violent activism begins to be equated to terrorism.

There has been a sinister update regarding the recently proposed amendments to automatic early release for those detained on terror charges.

Whilst there has been much attention to these laws being aimed at stopping those who would cause very real and violent harm to citizens in our streets, what has not been mentioned is how these laws will also target non-violent political prisoners of all stripes.

A non-violent animal rights activist, currently serving a prison sentence has already been informed that they will be affected by these changes and will not be released as expected.

This prisoner has never, and would never, caused harm to anyone. They are certainly not the kind of knife wielding terrorist that these legal changes are claimed to be targeting.

Concerned that Prevent have included peaceful campaign groups such as Extinction Rebellion on their watch lists, we approached Minister of State for Justice, Robert Buckland to ask whether activists from such campaigns would also be affected. He has refused to comment, and blocked us from his social networks as well as silencing legitimate dissent by turning off commenting.

It is clear that protestors who pose no threat to the public, but who the government find inconvenient, are due to be rolled into this new terror legislation, not by unfortunate oversight, but as a deliberate decision by senior politicians and the police.

It is outrageous that an act of terrorism is being used to gratuitously punish political prisoners who pose no physical threat to members of the public.

The signatories of this letter are all ex-animal rights prisoners who were released from prison between 2010-2012. Had this law change happened then, it would have also affected us.

As it was, we were all released halfway through our sentences, none of us have reoffended, and have all started successful ventures, which would have been much harder had we not been released from prison when we were.

In love and liberation,